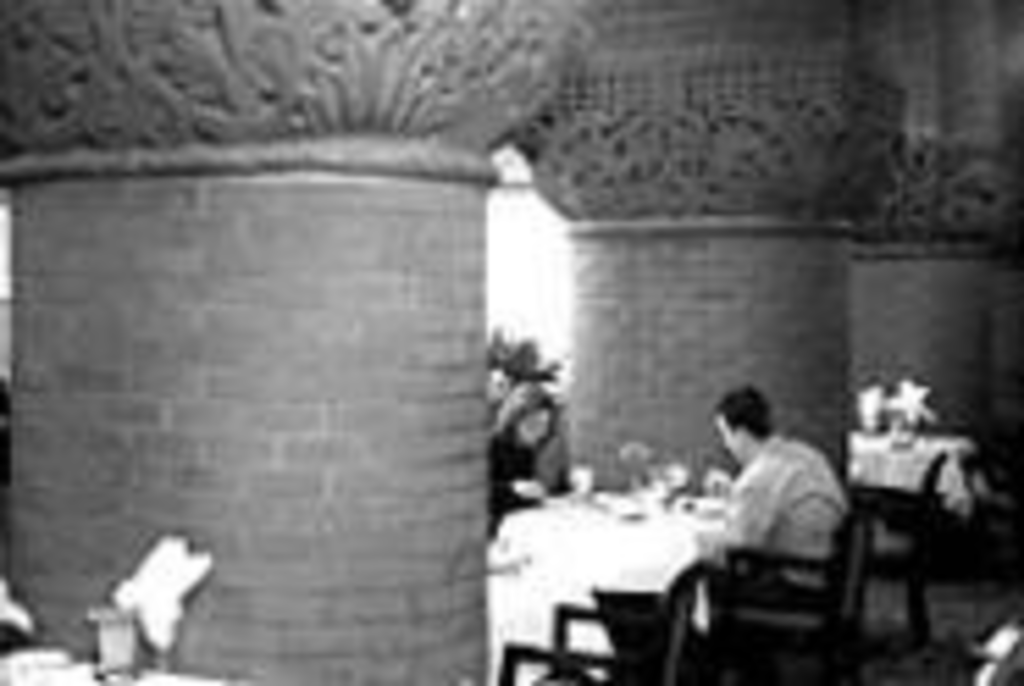 Who remembers the Emery Bird Thayer department store? For 78 years this great landmark filled nearly an entire city block between 11th and 12th Streets and Walnut and Grand. I wish I could have seen it; I often stumble across vintage postcards extolling the splendors of the retail mecca: six floors of tasteful merchandise and a third-floor tea room famous for its hearty luncheon dishes. The restaurant’s décor was straight out of an Oscar Wilde play, dripping with painted cherubs, latticed woodwork and rococo details — all of it, according to a newspaper account at the time, “festooned with electric lights.”

But after a half century of unparalleled growth, carriage-trade department stores like Emery Bird Thayer began faltering in the 1960s (at precisely the same time Arkansas entrepreneur Sam Walton was building his empire of lowbrow stores). And the genteel ladies who once made entire days out of shopping — the primary reason for the tea room was to keep them from going home to eat — were now either working or raising kids in the suburbs.

By the time wrecking crews started dismantling the building in 1971, EBT had survived 105 years, through five different names, a revolving list of owners, changing consumer tastes (the tea room was transformed into the smaller, less gracious Patio Cafeteria in 1941) and the thoughtless urban planning that led to what downtown Kansas City is today. Most of the people I know under the age of thirty either don’t know or don’t care about the Emery Bird Thayer story, which may be why so few of them are drawn to the EBT Restaurant in South Kansas City.

And that’s too bad, because the 22-year-old restaurant deserves to be discovered by a livelier audience than the middle-aged bores who flock there for pepper steak medallions, still prepared flambé-style, tableside. My most stylish friend, Karen, had never even heard of EBT. And she loved it, even if she found it disconcerting to “look up and see fluorescent light and office hallways.”

Located in the atrium of an ugly United Missouri Bank tower just a breath away from Interstate 435, EBT nonetheless attempts to evoke the glory of the past. The problem, which hasn’t been addressed in the restaurant’s recent makeover, is that in spite of the brass elevator cages, leaded glass windows and massive column ornaments, there’s too little history in the room. I was shocked when I heard that owner Ed Holland and chef and general manager Leo Geismar had considered downplaying the Emery Bird Thayer role completely, stressing that the letters EBT stood for “eclectic bold taste” rather than for an almost-forgotten department store. What the hell was that all about? Without the EBT antiquities, this dining room would be as charmless as any high-rise lobby. I say, put up some vintage photographs and “festoons” of lights and add a tale of EBT’s glory days to the menu. Celebrate the past; don’t ignore it.

I’m not saying the place should be a museum, its wait staff doddering out with old Emery Bird Thayer dishes such as baked chicken in mushroom sauce or caramel-nut ice cream. But as the vaudeville stars used to say, if you’ve got a gimmick, work it! Holland knows this, because when he’s there, he manhandles the room with a headliner’s bravado. Geismar’s approach is more demure, but when he patrols the dining room, he still casts an eagle eye toward the servers and the food, which have clearly improved during his five-year tenure. Geismar has discarded some of the stodgier “continental” dishes without losing a whit of class; he’s also lowered prices slightly. This restaurant, however, maintains its distinctive air of unerring good taste, and that’s the real link to the legendary store that shares its initials.

“The menu is more adventurous now,” says Geismar, whose tender filet mignon on a swirl of glorious blue cheese sauce is as rich as any UMB stockholder. And instead of mashed potatoes, he prefers to serve a pile of paper-thin, freshly fried chips of Yukon gold spuds. Geismar has, however, kept the venerable medallions of beef tenderloin, drenched in flaming brandy and a creamy peppercorn sauce and sautéed over the hissing blue flame of a gas burner on a cart. I’ve always thought this dish was more about showbiz than taste, but customers are wild about it — even the ones who don’t order it.

“I wish I had gotten something flambé,” said Karen, pouting even as she cut into a flaky Chilean sea bass in a pale buttery sauce with bits of crabmeat. “I love this fish, but I adore flambé.”

My friend Bob barely looked up from his filet mignon to see the flames over at the next table. He was in a reverie, having already fallen in love with the restaurant’s unique bread, a cakelike, Parmesan-crusted loaf sweetened with pineapple juice and honey. Before the beef had arrived, he had eaten three slices with his Carondolet salad of mixed greens tossed with walnuts, tart apples and crumbles of blue cheese in a nutty vinaigrette. Karen had ordered a salad of Boston lettuce and spinach in a smoky bacon dressing, which she nibbled between bites of garlicky, crackerlike toasted bread. I had crumbled a few of those wafers into my bowl of the night’s special soup, a luxurious roasted tomato-and-basil splashed with cream.

While Bob was unfazed by the nearby theatrics and Karen repressed her flambé envy, I enjoyed one of several Asian-influenced offerings on the new menu. Deep pink slabs of rare ahi tuna came encrusted with black sesame seeds and brushed with ginger, all of it resting on a mound of cilantro-scented sticky rice.

On that visit, the only sour note was the canned music, which sounded as if it were being piped in from a transistor radio in the kitchen. Hearing Debbie Boone’s “You Light up My Life,” Karen said, nearly ruined the pleasure of her Pensfold Rawson Cabernet.

The music is live on weekends, though, with a pianist and a sax player performing in the bar. Besides, I wanted to go back on a Saturday to try Geismar’s new “Small Plates” menu of ten tapas-style dishes, so I rounded up Bob and our friend Martha. We found the bar packed with a raucous group of fiftysomethings, drinking and shaking their tired groove things. The hostess noticed me rolling my eyes and whisked us over to a quiet table in the adjoining room so we could eat in relative peace.

There we found extraordinary — and cheap! — delights: a plate of fat, oily olives sprinkled with feta cheese; morsels of catfish fried in an airy tempura batter and dipped in a vinegary ponzu sauce; delicate grilled quail nesting on a bed of white beans and bits of spicy chorizo. Geismar really should add some of these dishes to the dining-room menu, especially the strip of beef filet rolled around seared foie gras and pungent black truffles or the plump, pan-seared scallops, sweet under a vodka-and-fresh-tomato concassée. We had a hard time sharing the single lamb chop drizzled with porcini oil on a heap of wild-mushroom-flavored polenta and fought over who would get the last jumbo shrimp, which came with a peppery citrus vinaigrette.

We were so busy eating and gabbing we didn’t notice the musicians had stopped playing until the chipper sax player stopped by the table to chat. I rudely ignored him, though, because I was so entranced by a plate of miniature desserts: a caramel-drenched sliver of bread pudding, a silken cube of crème caramel and a bit of chocolate torte that inspired me to order a full-sized version to be brought out immediately.

When it arrived, Martha suddenly remembered once eating something lovely and sweet at the old Emery Bird Thayer store with her grandmother. “She always wore white gloves to go shopping,” Martha said.