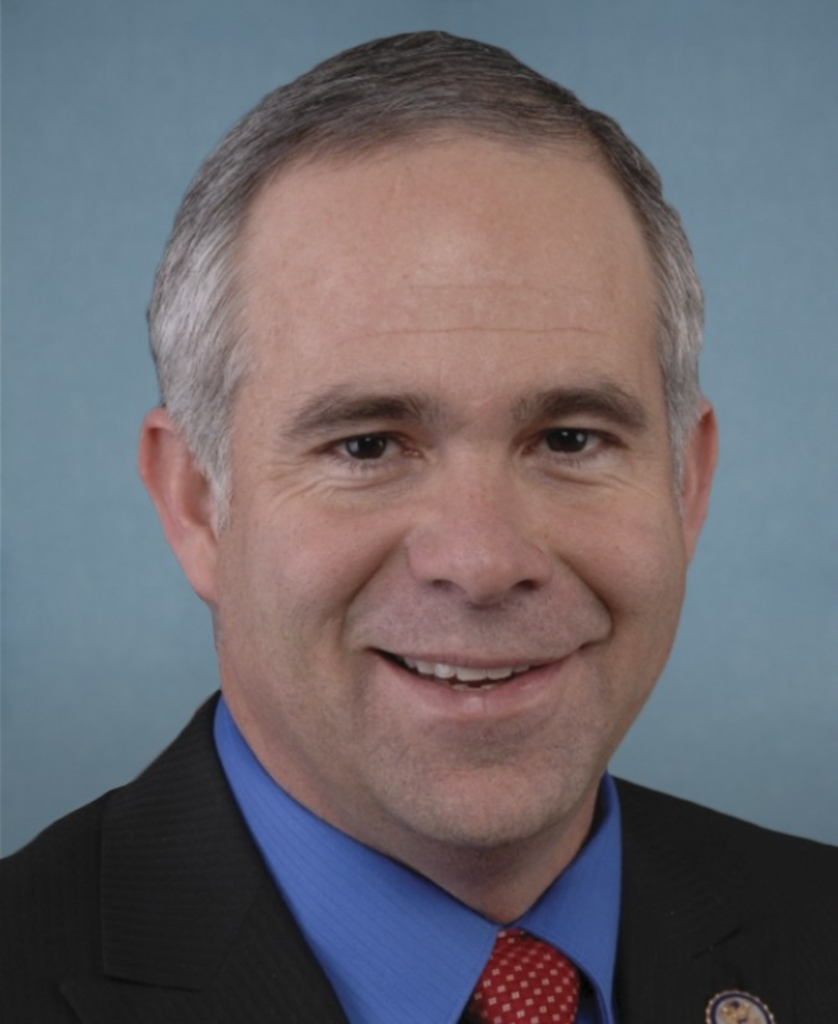 Here at The Pitch, we’re as big of fans of contrarian thinking as the next guy, if not more so.

But Kansas Republican Congressman Tim Huelskamp has been making the media rounds throughout the government shutdown saying things that just seem batty.

Huelskamp, as we’ve reported before, has been kind of a Ted Cruz lite in the House (more on that later) – a man who has summoned enough clout with a group of GOP firebrands who have disrupted any attempt to end the government shutdown unless everyone agrees to strip funding from Obamacare.

One of Huelskamp’s more prominent television appearances came over the weekend when he showed up on CBS News’ Face the Nation. Host Bob Schieffer quizzed Huelskamp about the looming possibility of the U.S. Treasury exhausting its borrowing authority, which will happen in less than 24 hours now unless a spending bill somehow gets passed today.

Huelskamp, it turns out, thinks all this talk about an October 17 doomsday scenario is nonsense.

Scheiffer seemed incredulous: “But, Congressman, Congressman, I don’t want to interrupt you here, but that’s not what the secretary of the treasury says. That is not what he reported.”

“Well, he said a lot of things a week ago,” Huelskamp replied. “I think clearly the White House is trying to scare the markets. I think that’s unfortunate. But at the end of the day, the reality is October 17 is a date that will not have a major impact unless the White House is able to create concern about that.”

That’s the first we had heard that October 17 was relatively meaningless. Turns out, Huelskamp sort of has a point.

U.S. Treasury Secretary Jack Lew sent this letter to House Speaker John Boehner a couple of weeks back explaining what October 17 means. The United States ran up against the debt ceiling back in May but did a bunch of financial cartwheels to free up money to keep paying the country’s bills. By October 17, Lew explained, there will be no more couch cushions to flip over to find spare change. If no deal is struck today, the United States still has $30 billion to throw around. That kicks the can down the road until October 31, the day most experts think the country’s bank account balance will hit zero, effectively signaling a day of reckoning.

But a default on that day would have a major impact and come sooner than November 15, contrary to Huelskamp’s remarks. Bloomberg has a report out today that warns a U.S. debt default would be worse than the collapse of Lehman Brothers, the over-leveraged investment bank whose 2008 implosion was the first tangible sign for most Americans that a recession was on its way.

Undaunted, Huelskamp continued his media road show with an appearance Tuesday night on CNN where he explained that he would only agree to raise the debt ceiling for three weeks but not into next year, which some members of the House and Senate thought was a sensible idea.

And then it was off to dinner. 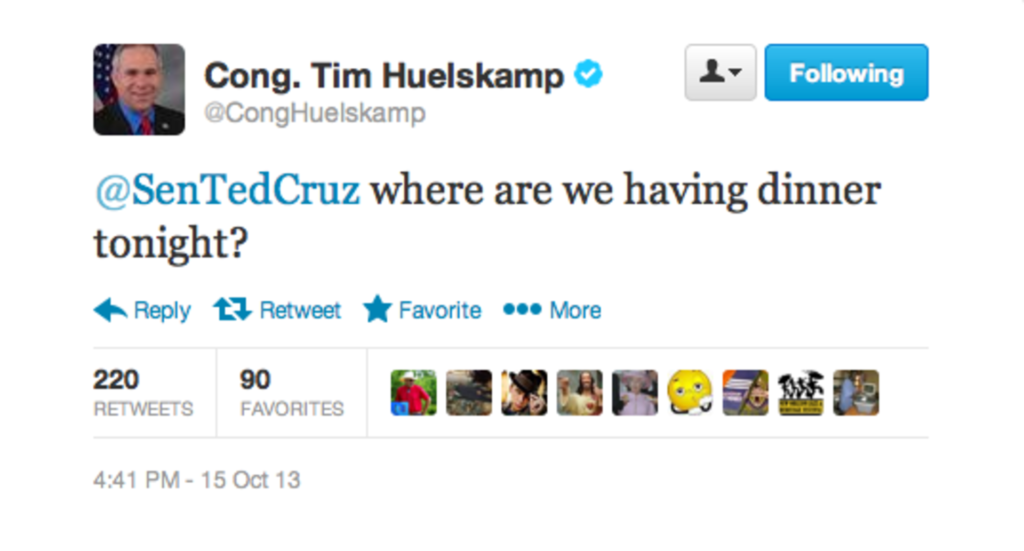