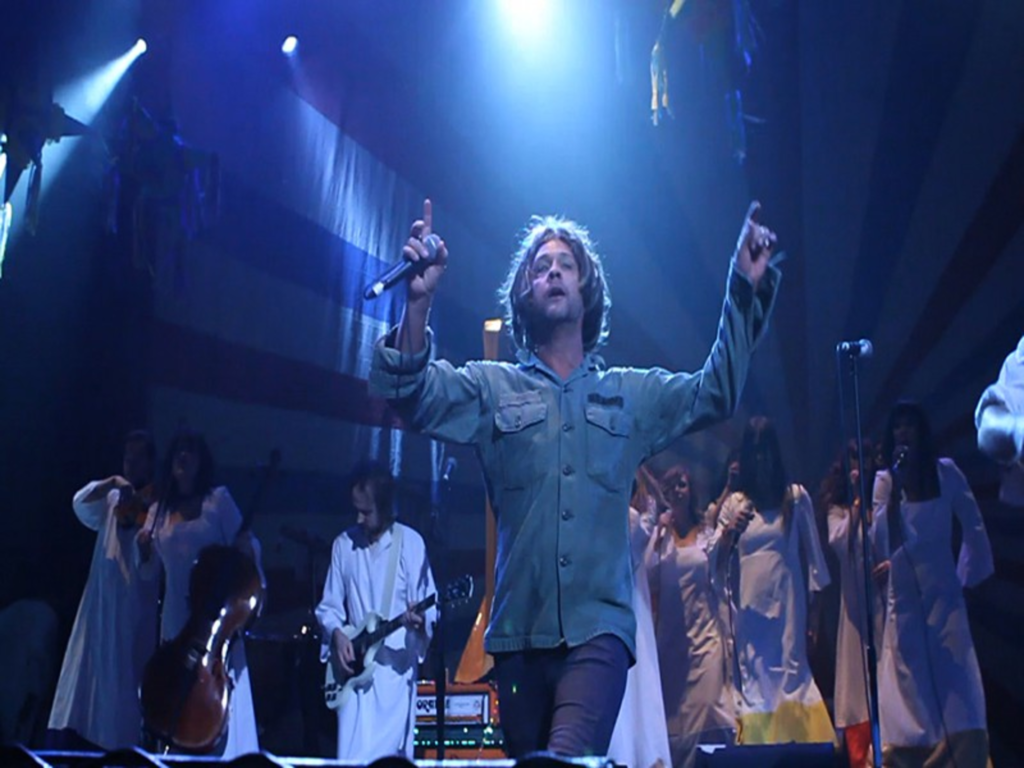 It’s been almost five years since the Polyphonic Spree’s last album, 2007’s The Fragile Army, and bandleader Tim DeLaughter has no plans to release another one anytime soon. Moving forward, DeLaughter is gearing up his efforts — which include not only the Polyphonic Spree but also the acts on his label, Good Records — around singles. According to the label’s mission statement, this decision does not in any way reflect an anti-album stance. As proof, some of the artists on the Good Records roster actually do have complete albums on their agenda. But DeLaughter says stepping away from the full-length as the standard unit of creative and commercial measurement breeds a freedom that he’s eager to pursue at this stage in his career.

“When one of our artists has an album-sized statement to make, we’ll release an album,” DeLaughter tells The Pitch. “We’re encouraging our artists to present songs to you at the speed of creativity, which doesn’t always mean waiting until you’ve finished writing and recording 10 or 12 or 15 songs. [There’s a] beauty of releasing a song at a time.”

Recent output by the choral-rock ensemble consists of a total of two songs (three if you count the December release of “It’s Christmas,” but that was recorded in 2003). For obvious reasons, scarcity of available material isn’t generally received as a good sign. But two new songs suggest that DeLaughter is hardly brushing up against the creative limits of the Polyphonic Spree’s bombastic sound. DeLaughter may be parsing his work out one morsel at a time, but he appears to be on a prolific streak as he expands the boundaries of the Polyphonic Spree while chiseling away at various other projects.

Among them: Preteen Zenith, his new collaboration with multi-instrumentalist and former Tripping Daisy bandmate Phil Karnats. Preteen Zenith arose somewhat unintentionally out of demos that DeLaughter had set aside for a solo album. Unbeknownst to him, Julie Doyle — his wife, creative partner and Poly Spree co-pilot — had sent Karnats the demos. Karnats liked the demos and had a vision for how to record and produce the songs, which evolved into Preteen Zenith. (The solo album remains on the slate.) In addition, DeLaughter occasionally scores commercials, TV shows and feature films, such as the 2008 Zach Galifianakis vehicle Visioneers. Good Records has also recently released an archival recording of Tripping Daisy improvising in the studio.

Throughout much of this activity, the Polyphonic Spree has been on the back burner.

“We still did one-offs here and there, and there was an Australia tour,” DeLaughter explains. “In that time I wrote some songs, which I shared on our blog, where I would write a song a day and post them. Most of those are now on the new Preteen Zenith record [Rubble Guts and BB Eye] which [came] out on Record Store Day as a limited-edition release. We had no plans for the Polyphonic Spree until the guys in the band started asking about going back on tour again, so … we’re back on tour.”

But why tour at a time when the band has only two new songs?

“Does there have to be this big reason or formulated guide on when and why and how?” DeLaughter counters.

Fair enough. In the spirit of such progressive thinking, the two new Polyphonic Spree songs — “Bullseye” and “What Would You Do?” — and, indeed, almost all of the recent songs in the Good Records catalog are supported by striking, highly imaginative videos. Perhaps most memorable of all is “Bullseye,” an animated sequence created by Louisiana-based multimedia firm Moonbot Studios. Also released as an interactive iPhone/iPad app, the video depicts, in radiant color, the life journey of a dandelion-like creature named You-Me and its struggle to find a place on the tree of life. Two-thirds in, the song vaporizes into a haunting chant of You are me, are me, are me … as the frame hovers on the closing image of the tree with glowing life forms on its branches. Alongside the appropriated religiosity and unrelenting optimism of past Polyphonic Spree work, the tune elegantly captures DeLaughter’s oft-quoted affinity for seeking the divine in tangible wonders (like leaves and trees). Using direct, even blunt lyrics, he somehow manages to hint at current ecological and global concerns without getting heavy-handed.

By releasing songs with concept-driven videos that pack the emotional punch of feature films, DeLaughter runs a continuous thread through the pre-album era, 1980s MTV culture and the technophilia of the moment. That he capitalizes on the artistic potential of all three may not, in the end, be as surprising or impressive as his ability to humanize them. (And for those who lament the possible demise of the album as a culturally viable art form, it’s important to remember that the music industry started out as a singles-based enterprise.) “We’re removing the artificial parameters from the dual experiences of creating and listening, to enhance both,” DeLaughter says.

It’s difficult to predict what shape all these ideas will take moving forward. “I have to be careful when describing future works at this point,” DeLaughter continues. “I might come off as schizophrenic when looking back. I say this because the songs could be quite different from one another.”

Very possible: Both “Bullseye” and “What Would You Do?” arguably contain more variety between them than you find on any Polyphonic Spree full-length. And in accordance with the label’s new policy, both songs are available as digital downloads and as vinyl 7-inches with surprise B-sides that aren’t available in other formats.

“You won’t know what the B-side is,” DeLaughter says, “until you play it on your record player. The label on the B-side has a line that’s blank, so you can write in what song or whatever it is later. We’re trying to have some fun with the experience of records.”