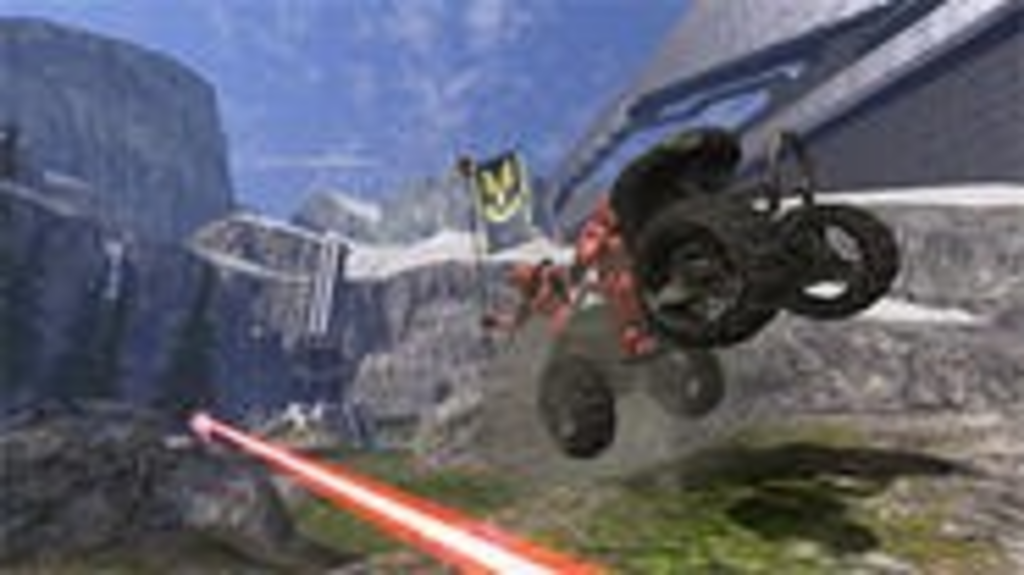 Bold proclamation time: There wouldn’t even be an Xbox 360 without Halo. Microsoft lost billions on the original Xbox even with its mega-successful sci-fi games, so it’s hard to imagine the red ink that would have spilled without them; even suggesting a second go at the console business would’ve had shareholders burning effigies of Bill Gates in the Microsoft parking lot.

Instead, Halo entered the pantheon of games even non-gamers know — right alongside Grand Theft Auto and Super Mario Bros. — and gave the Xbox legitimacy.

So it’s no mystery why an early multiplayer test of Halo 3 — months in advance of its street date — has gamers atwitter. And though the Xbox 360 is doing much better than the original, Halo is as important to Microsoft as ever: It has two fierce competitors at its heels and would love to hand them their hats.

So will Halo 3 be the neutron bomb the gaming world is expecting?

Maybe. It depends on whether you’re content with a refinement rather than a revolution. At this (admittedly early) stage, Halo 3 looks to be the most polished version yet — nothing more, nothing less. If you adore the series, you’ll be very happy come September. If you can take it or leave it . . . well, Halo 3 isn’t likely to sway you.

Its multiplayer version is essentially the same as it’s always been: Get dropped in an arena with machine guns, grenades, vehicles, and other players. Sometimes there are objectives — capture the flag, plant a bomb — but really, it’s all about smoking the other guy.

The topic that will dominate many a message board is Halo 3’s graphics: not bad, but not the leap many expected from the move to next-gen hardware. There are lots of nice details (tall grass, great lighting, amazing water), but most are so subtle, you really have to stop to notice them — generally a bad idea, when others are chasing you with shotguns. Obviously, game play is more important than graphics, but video games are a visual medium, and Gears of War and MotorStorm have raised the bar high. Sadly, Halo 3 looks more like a spit-shined Halo 2 than either of those.

The game play got little more than a polish too, but that’s a good thing — it’s what charmed millions of fans. In fact, the tweaks and adjustments are so good, you’ll find it hard to go back to Halo 1 or 2. The weapons are all effective, and the one you start with — a meaty assault rifle — is so well-rounded, you might not need anything else.

Maps are now littered with equipment such as the Bubble Shield, a device that erects a force field over an area. Alas, the bulletproof shield isn’t person-proof, so enemies can waltz right in, drop a grenade, and dash out, creating some exciting moments and mishaps.

And for schadenfreude junkies: Halo 3 lets you save videos of your matches, allowing you to relive the moment you obliterated a jeepful of enemies with a perfectly placed land mine . . . then, for good measure, send the video to the jeep’s occupants. Post-game gloating has reached a new level.

It will be interesting to see how Halo 3 — especially its borderline visuals — progresses over its last few months of development. Yet even in its incomplete form, it’s as fun as Halo’s ever been.