Thousands of signatures delivered to lawmakers in push to expand Medicaid 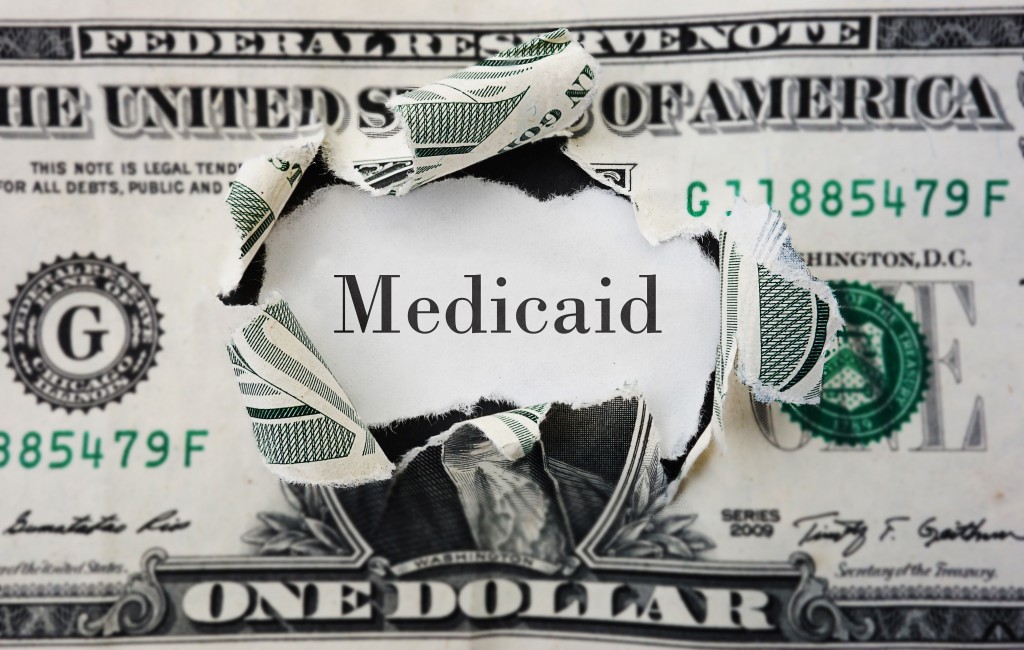 In an event that should have received more fanfare, a small contingent of doctors and others on Friday dropped off a truckload of signed petitions at the offices of the Missouri secretary of state.

The petitions signal the eagerness of Missouri voters to accomplish what their state legislature has failed to do for years — expand Medicaid access to thousands of adults who don’t have private insurance coverage and whose incomes are too small to qualify for subsidies under the federal Affordable Care Act.

We’re talking about fast food workers, grocery clerks, child care providers, home health aides, and hotel service workers. These very people, who are being hailed as heroes on the front lines of the COVID-19 crisis, have been disparaged by state Republican lawmakers as being undeserving of the “entitlement” of health insurance. 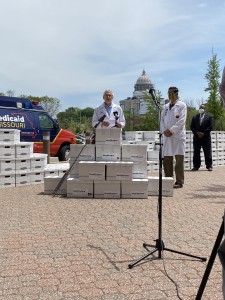 Signatures being turned in. // Courtesy Healthcare for Missouri

The lockdown caused by the coronavirus pandemic foiled some of the other citizen petition drives in the works in Missouri. But Medicaid expansion supporters had been on the case for months. They showed up at festivals, churches, shopping centers, clinics, libraries, and political events. Most of the workers were volunteers who cared about their neighbors.

Even after being mostly shut down in March, they gathered almost 350,000 signatures — nearly double the number required to put a citizen initiative on the November statewide ballot. Their efforts were deserving of a party in the streets of Jefferson City, but, due to safety concerns, the celebration will have to wait.

About 230,000 low-income adults would be eligible for Medicaid if voters approve the expansion.

“If this pandemic has taught us anything, it’s that access to healthcare is more important than ever,” says Qiana Thomason, CEO of Health Forward Foundation, one of dozens of healthcare and business groups that support the expansion.

In passing the Affordable Care Act in 2010, the U.S. Congress had intended for all states to offer Medicaid eligibility up to 138 percent of the federal poverty level. But a later U.S. Supreme Court ruling made that decision optional.

To this point, 36 states have expanded Medicaid access. Leave it to Missouri — and Kansas, as well — to be among the holdouts.

The refusal of Missouri Republicans to grant their low-income neighbors the right to visit a doctor is the stuff of ignominy.

“Why is this somehow our problem?” a state senator once asked when the subject was raised on the Senate floor.

“Find something else to do,” a GOP colleague advised the sponsors, as though worrying about sick people was a trivial pursuit.

In 2014, Capitol police arrested 23 faith leaders as they disrupted Senate proceedings to call for Medicaid expansion. The Cole County prosecutor actually brought charges, and two dozen pastors — most of them older, black men — were put on trial and convicted of trespassing. In a public building. For the crime of singing “Amazing Grace” in a chamber that had proven to be an amazing disgrace.

When not arguing that people who make less than $15 an hour for service sector jobs should somehow be “responsible” enough to buy themselves a health insurance policy on the private market, Missouri Republicans, including current Gov. Mike Parson, insist the state can’t afford to expand Medicaid. 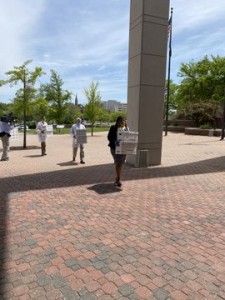 Signatures being turned in. // Courtesy Healthcare for Missouri

Comedian Jon Stewart, bless him, once proclaimed this argument to be “total dickishness,” noting that the federal government was picking up most of the tab for the expansion. That was seven years ago. Stewart has left the Daily Show, but Missouri Republicans are still dickish, even though multiple studies, including a recent one by Washington University in St. Louis, have shown that expanding Medicaid would actually be profitable for Missouri.

Meanwhile, 10 rural hospitals in Missouri have gone belly up, most citing the legislature’s refusal to expand Medicaid as a cause. The state has forfeited millions in federal money that could have been used to build up its healthcare network.

Hundreds of Missourians have gone without doctors visits, suffered through illnesses without medication, missed days of work, and limped around on bad knees and hips. Families of people with psychiatric illness have pleaded for help from an overstressed medical health network.

After a while, the Missouri legislature just stopped talking about Medicaid expansion. It hasn’t been a priority for discussion in at least five years. So now, the people have stepped into the gap. The signature drive was a remarkable collaboration of health care workers and executives, corporate leaders, and ordinary citizens.

The expansion of Medicaid will be up to voters, of course. But with support of a minimum wage increase and the “Clean Missouri” reform amendment, and the rejection of the anti-union right-to-work law, Missouri voters have proven in recent years to be much kinder, sensible people than the politicians they put into office.

Here’s predicting that Medicaid expansion will pass in November, and Missouri will be much the better for it.

Don Chilito's is closing after 50 years