Those Arby’s kids’ meal toys are all Matt Hawkins, baby 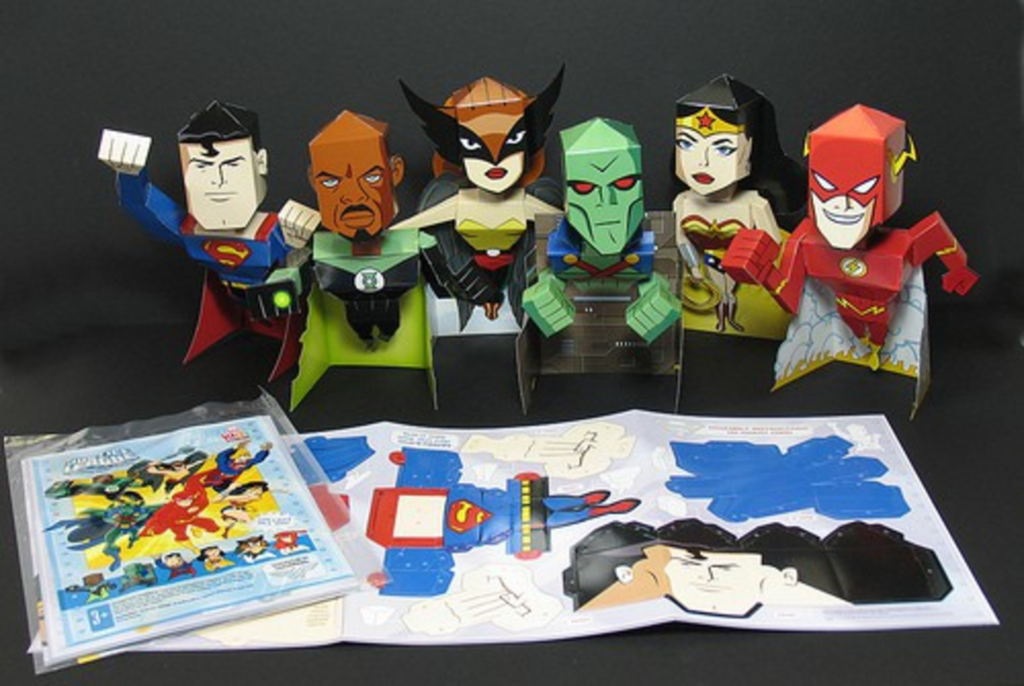 If the phrase “insert tab A into slot B” makes your mouth go dry, you’re not gonna like the new Justice League paper toys that come with Arby’s kids meals right now. But here’s a reason to love ’em: They’re designed by KC artist Matt Hawkins.

When Hawkins worked at Hallmark as a production designer back in the day, he’d amuse himself during slow times by molesting the office’s paper cup supply — turning them upside down, drawing on them, cutting up index cards to add limbs and ears and whatnot. He started a blog about his paper toys, which caught the eye of former Pitch art director Doug Kubert. Kubert, now C3’s art director, recruited Hawkins to do freelance paper toy design for C3. Eventually, Hawkins joined the full-time staff.

Hawkins’ paper bobbleheads for Arbys require some assembly on a kid’s part, but a little work never hurt anyone. C3 designs plastic toys too, but the cost of plastic has gone up. Hawkins says, “Paper is a way to make cool things that are still affordable.” By saving costs on the manufacturing end, C3 had extra money in the budget to buy the rights to licensed characters, hence the Justice League, by D.C. Comics.

So let’s see … we’ve got Superman, the Green Lantern, Hawkgirl, the Martian Manhunter, Wonder Woman, the Flash, aaaand … “There’s no Batman,” Hawkins admits. “McDonald’s has the rights to Batman.”

The toy series launched nationwide inside Arby’s kids’ meals a week ago, and they’ll last until each individual store runs out. Which means they’re AVAILABLE FOR A LIMITED TIME ONLY! GET YOURS NOW!

Oh, and p.s. you can check out more of Hawkins’ work at an art show, The Proper Assortment, at the Emerald Space in the West Bottoms (1323 Union)  this Friday.