Thor: Love and Thunder is a bright chapter in Marvel’s directionless Phase Four

Taika Waititi’s latest is a prog-rock album cover come to life with plenty of Guns N'Roses thrown in. 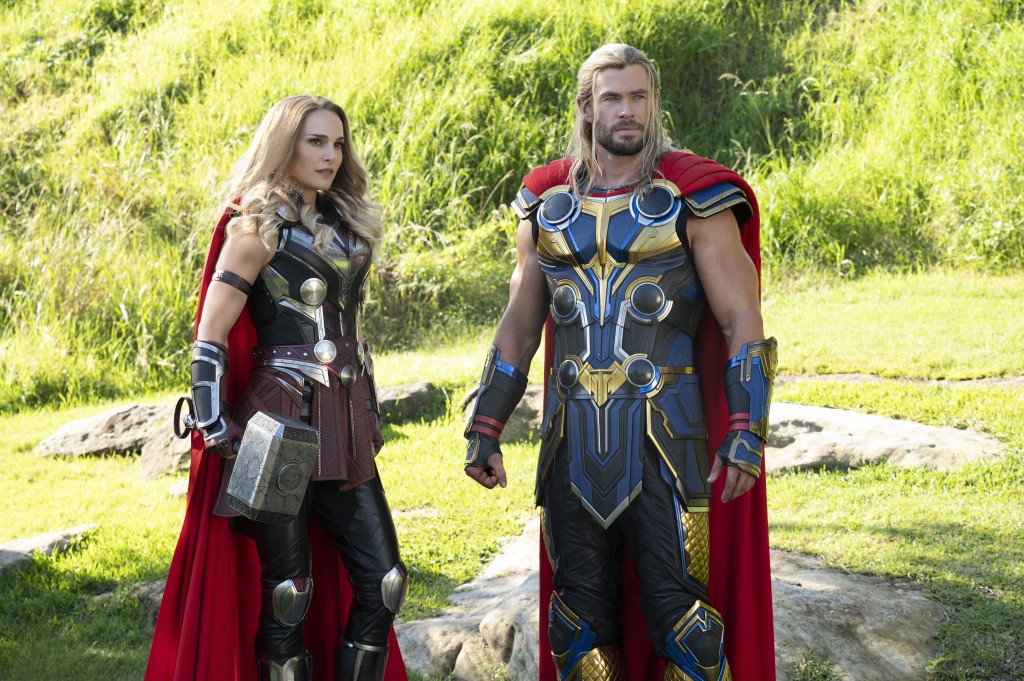 By far the best part of 2017’s Thor: Ragnarok was the color and noise Taika Waititi brought to what felt like a bloated, dull MCU landscape. It’s an absolute delight to see him build on that visual and verbal style in Thor: Love and Thunder. Waititi brings back many of our favorites from Ragnarok, including Tessa Thompson’s Valkyrie, now King of New Asgard, and Waititi himself reprising his role as Korg, the upbeat Kronan gladiator.

Also along for the ride: Natalie Portman, reprising her role as Dr. Jane Foster as she journeys to New Asgard and is deemed worthy by Mjolnir to ride the lightning as Mighty Thor.

In this fourth entry in Thor’s storyline, we see Chris Hemsworth’s Thor, emotionally healed (mostly) from the events of Thor: Ragnarok and the Avengers’ showdown with Thanos.

Here, he’s leading the Guardians of the Galaxy in battle—much to Chris Pratt as Star-Lord’s chagrin—before splitting off to continue his self-help journey and save the entire universe from the wrathful grief of Gorr, The God Butcher (Christian Bale, who seems mostly confused to be here).

Who is Gorr, the God Butcher? Where has he come from? After spending two hours watching our intrepid space vikings fight him, I don’t have an answer for you, and here we find Love and Thunder’s weak link.

Gorr embarks on his quest for vengeance against the gods after meeting and immediately being shamed by the hedonistic, condescending god he has devoted his life to worshipping. Armed with the Necrosword, he travels through the universe with his army of shadow monsters, slaughtering all gods indiscriminately.

At least, we see reports that he’s done so.

We get surprisingly little of Bale doing villainy here, and it feels like a real missed opportunity. Bale is an actor whose gravitas warrants a role with a multi-film, Big Bad character arc, and not just “spooky shadow wizard in need of a dental plan.”

Sure, he kidnaps the children of New Asgard and faces off against our heroes a few times, but his stakes just don’t feel very high. A universe without gods means very little in the context of this franchise, as the only god we’ve needed to care about until now is Thor—and Hemsworth’s contract just got renewed.

It’s hard to see where the franchise is going from here. Sam Raimi’s Doctor Strange In The Multiverse Of Madness was able to give us glimpses of other worlds; one where Monica Rambeau becomes Captain Marvel and Peggy Carter transforms into supersoldier Captain Carter, in addition to setting up future spin-offs and character arcs.

Love and Thunder, however, feels self-contained. Apart from Thor continuing to grow through the arts of meditation and motivational speeches (Odinson, I am begging you, please just go to therapy), it’s not immediately clear how this movie drives the big picture of the franchise forward.

That’s not to say the film isn’t worth watching.

I have two general categories of praise for Love and Thunder. The first is simply “things that aren’t egregiously bad.” The two-hour runtime is reasonable, and it’s fairly well-paced. The VFX woes that plague other recent MCU films, like the poorly-lit Eternals, are far less disruptive here. Perhaps most importantly, for the first time in a while, it felt like a movie where the folks involved had fun on set—as not just another Marvel Easter Egg Content Farm.

The second, of course, is the fun stuff. The spooky shadow monsters? They’re spooky! The cast? Simply wonderful. I’ll let you all discover the sheer joy of Russell Crowe as Zeus for yourselves. I firmly believe that a licensed soundtrack can make or break a movie, and I was thrilled that I had to keep a running Guns N’ Roses count in my notes.

The environments our heroes explore are some of the most gorgeous yet, from the quaint streets of New Asgard to the high-contrast Shadow Realm. We get Valkyrie in a business suit and noted himbo Thor in a tank top, which feels like a great way for any and all bisexuals in the audience to close out Pride month.

Ultimately, if you want to watch a movie that answers the question “What if a Ritchie Blackmore album cover came to life,” Thor: Love and Thunder will not let you down. It’s colorful, loud cotton candy, and that’s all it needs to be. 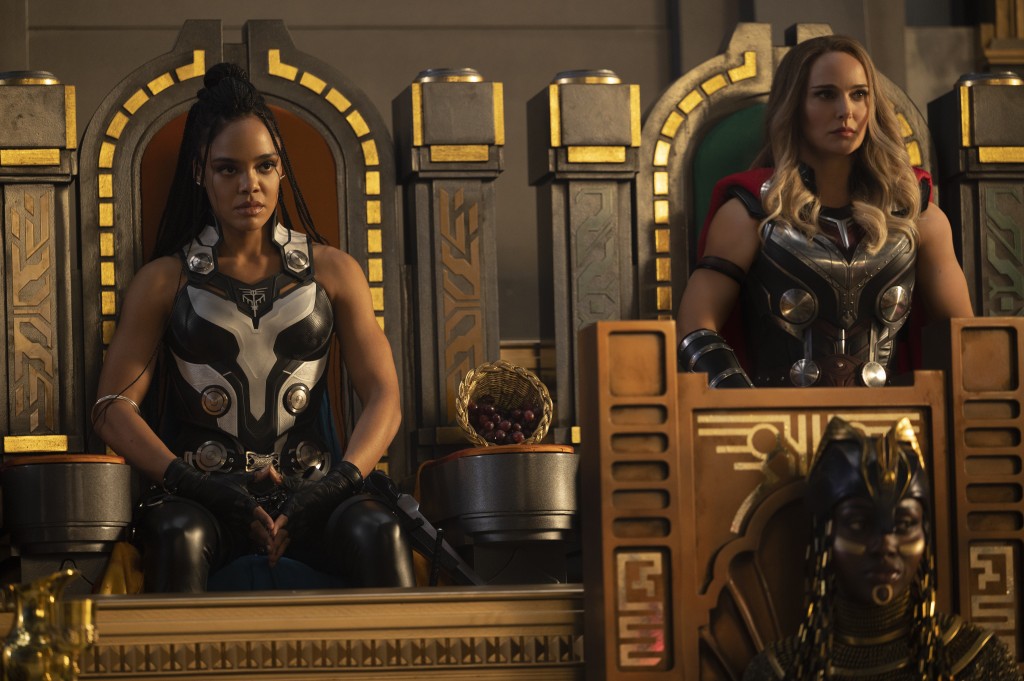