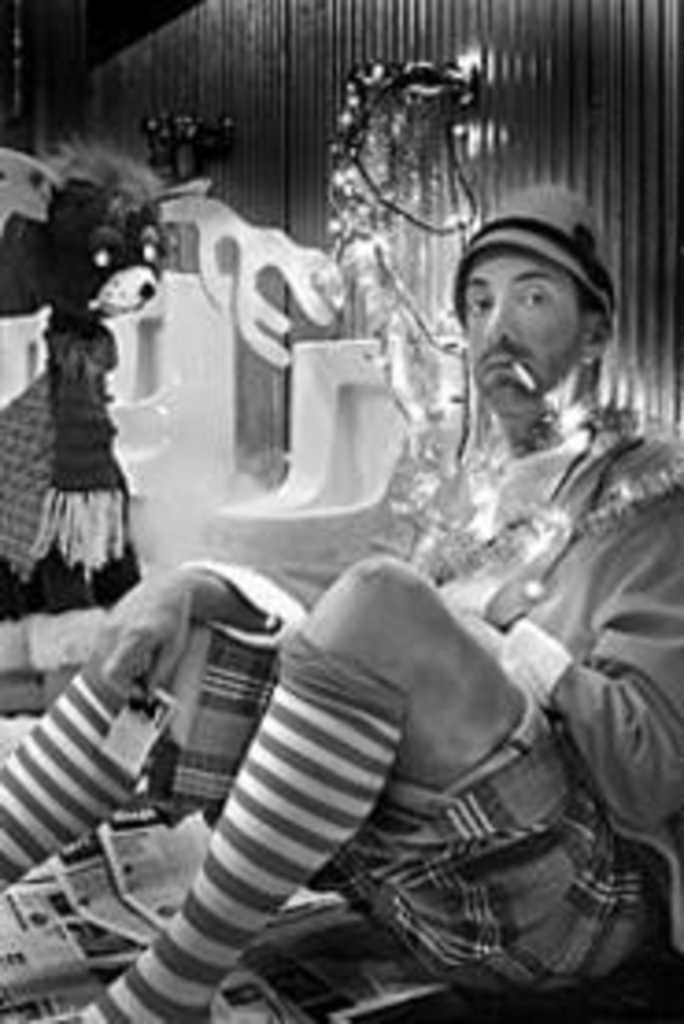 It’s Christmas. Everything is closed, damn it. Even your favorite bar has locked its doors for the night (don’t say we didn’t warn you about this last week, either) — unless your favorite bar happens to be Davey’s Uptown Ramblers Club, 3402 Main. While most bars close up shop so that employees can be with their families, the bar stools at Davey’s host an extended family of regulars with whom to make merry on JC’s big day. And despite the bar’s cheerful holiday decorations, it’s the perfect place for holiday grumps because they’re unlikely to be visible through the thick haze of cigarette smoke. Making Davey’s an even more appropriate choice of venue for those who aren’t feeling the holiday spirit, local rockers Pendergast will play a set that’s sure to offset any leftover warm, fuzzy feelings. For details, call 816-753-1909.

It’s easier to get by in Kansas City than in New York. That is our no-shit statement of the week, and we’ll stand by it. Still, we know that a lot of people in our midst could have used a little extra cash this holiday season, which is just one of the reasons we wish we hadn’t waited until now to tell you about the Late Night Theatre’s Santaland Diaries — a play that offers ideas, albeit not necessarily appealing ones, for earning extra green in times of desperation. In this one-man show (originally read on National Public Radio), author David Sedaris (played by Ron Megee) has just arrived in the big city and, jobless, applies for a position as a full-time elf at Macy’s. “I suppose it could be worse,” he says. “I often see people out on the streets dressed as objects and handing out leaflets … I tend not only to accept the leaflet but to accept it graciously, saying, ‘Thank you very much’ and thinking, You poor, pathetic son of a bitch.” Thus, our protagonist reassures himself that it is better to be an elf in a department store than a french fry or a taco on the street. To see Megee as Sedaris as Crumpet the Elf, go to the Late Night Theatre (1531 Grand) tonight or tomorrow at 8 p.m. Megee says the play is both bitter and sweet — “like eating too much chocolate.” It’s your last chance to overdose on sugary holiday excess, so come on, let’s send out the season with an elfin bang. Call 816-235-6222 for information. Tickets cost $18.

The Chucky Lou AV Club hosts its annual ANTICHRISTmas party tonight, with presents galore for the good kids and the bad kids, thwarting Santa and his anti-naughty discriminatory practices. Featuring a screening of the wholesome 1968 Japanese horror movie Body Snatcher From Hell, the program offers a few short “seasonal affective disorder-inducing” treats as well — including footage of a mustached man who sings, God’s not taking part-time applications and Prayer’s not a spare you can take down when you break down. This is also your chance to meet Santa’s hot mom. The un-Santastic fun begins at 11:30 p.m. at the Top Two Theater, 5909 Johnson Drive in Mission. For information — just go.

To start this contentious election year in the right frame of mind, head to the Peace on Earth Vigil and Rally, set to take place at the J.C. Nichols Fountain, 47th and Main streets. The vigil, for quieter peace lovers, starts at 4 p.m. The rally, for more boisterous types, starts at 5. The latter includes speeches from the Rev. Ester Holzendorf of Military Families Speak Out; Jim Kunce, area lawyer and cofounder of Unity Temple Peacemakers; and Nancy Carry, a local activist with Share International. For information, call 913-321-2206.

Get as crunked up as you want. Forget about pints — get a pitcher. Take that random guy up on his offer of tequila slammers. Those guys going outside at the height of the party? You know they’re going behind the dumpster to smoke a joint, so tag along. Do whatever you want — just leave your car behind. Holiday Cab‘s got your back, and you have no business driving. The Yellow Cab Company will send its first available taxi to get you home. It will not, however, take you to another bar or restaurant. Rides are free for the first $25 worth of fare (about 20 miles). But think ahead, because there might be a wait. To hail a cab, call 816-276-7899.

Ashley Miller. How can one describe him? The answer is that one cannot describe him. His yogified art-rock band the Golden Calves is fast yet slow, poppish but different. It sounds good, OK? Trust us. The Golden Calves have played at all kinds of arty events, but Miller’s concept band, Pewep in the Formats, is still fairly unknown. That band plays at 8 p.m. at the Reading Reptile — yes, the children’s bookstore. Look, we don’t plan the events, we just tell you about them. Why is a concept band playing a children’s bookstore? It just is. You’re going to have to learn to relax and just take this shit in, or you are never going to have any fun, spoilsport. The Reading Reptile is located at 328 West 63rd Street. For information, call 816-753-0441.

Before tonight’s hoo-ha — and you know what we mean — you’d better rest up. If not, you’ll regret it tomorrow, and regret is not an emotion befitting the first day of a new year. So take our advice and spend today hanging out at the Nelson-Atkins Museum of Art’s Rozzelle Court (4525 Oak), a majestic and light-filled setting offering occasional classical-music serenades and the soothing sound of water flowing from a fountain. Conveniently, the fountain doubles as a wishing well. A penny. A wish. So simple. So whimsical. Don’t you feel calmer now? Rozzelle Court is open from 10 a.m. to 4 p.m., and lunch is served from 11 a.m. to 3 p.m. For information, call 816-751-1278.