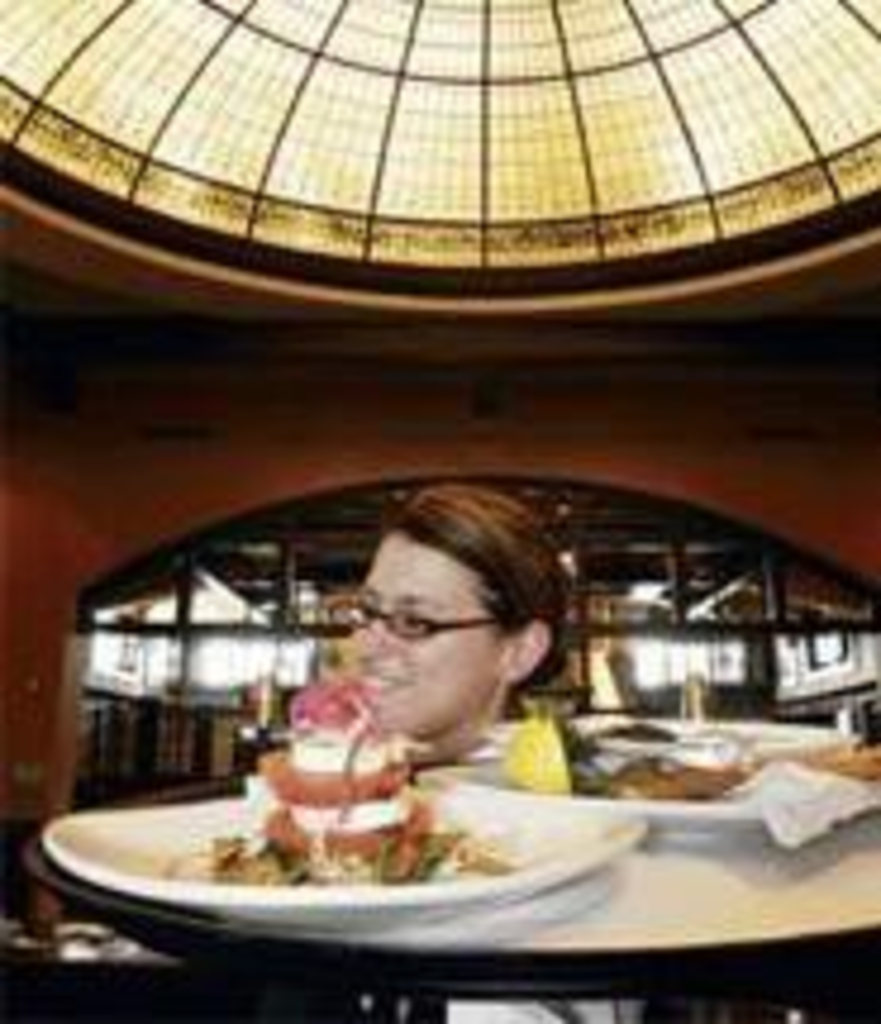 I was happy to hear that The Cordish Company, developer of downtown’s Power & Light District, had reeled in a new Bristol Seafood Grill as part of its urban entertainment plan. Downtown hasn’t had a seafood restaurant since 1992, when the Colony Steakhouse & Lobster Pot vacated the old Rusty Scupper location on 14th Street so the city could tear down that building for the first Bartle Hall expansion.

By the time the current Bartle Hall project is finished — sometime next year — there should be a brand-new Bristol on 14th Street between Main and Walnut. That would mark a triumphant return to the Missouri side of the state line for the seafood concept launched by legendary restaurateurs Joe Gilbert and Paul Robinson back in 1980. A fixture on the Country Club Plaza for 15 years, the Bristol Bar & Grill was busy right up to the day that the J.C. Nichols Company refused to renew its lease in 1995.

At the time, there was a rumor that something fishy was behind the Bristol’s loss of its lease: that restaurateur Nabil Haddad, who then owned five Plaza dining operations, coveted the Bristol location. Supposedly his good pal Lynn McCarthy, then chairman and chief executive of the Nichols Company, made sure he got it. The Bristol was kicked out, and Haddad spent a fortune turning the space into a spectacular failure, the short-lived Jules. (Capital Grille took over the location in 2000.) McCarthy didn’t fare so well, either. After being accused of looting the Nichols Company, the well-paid executive pleaded guilty to a charge of racketeering conspiracy in 2001.

The Bristol, now owned by Leawood-based Houlihan’s Restaurants Inc., had the last laugh. Banished from the Plaza, the restaurant packed up everything — including the Bristol’s signature architectural feature, a 19th-century English glass dome, which was dismantled piece by piece and installed a year later in the main dining room of a new Bristol in the just-completed Town Center Plaza. The seafood restaurant has been packing in patrons like sardines ever since.

Recently, though, the Florida-based Bonefish Grill arrived in Leawood. I wondered whether it might be luring away some of the Bristol’s brisk business, so I went back to the Bristol (last reviewed here in 2002) to see what was going on.

I didn’t know whether I’d need a reservation for a Tuesday night, but my intuition told me to go ahead and call, just in case. That turned out to be a good decision, because when I walked through the Bristol’s door at 7 p.m. there were already several customers standing around the foyer, waiting for a table.

I was with Dick and Renée, and we didn’t have to wait a minute; a hostess escorted us straight to a banquette … right by the entrance to the kitchen. Ordinarily, I would have balked at this, but I was hungry, and it didn’t seem to be too noisy or congested. Besides, the spot made it easy to wave over those tong-wielding biscuit servers who roam the dining room with their trays of hot drop biscuits. Those damned addictive baking-powder confections are another Bristol tradition that moved out to Johnson County with the antique dome; they still taste like the recipe printed on a Bisquick box, but with an extra handful of sugar.

Veteran oyster shucker Virgil Brown also made the move out south. Still, when our server handed over the single-sheet menus, I was surprised to see that the restaurant had changed its name to the Bristol Seafood Grill. “We’ve been in a transition for the last 12 months,” explained one of the managers, ignoring my raised eyebrow. I mean, does a place need to go through a yearlong “transition” just to change a name?

That transition hasn’t involved the menu prices, I was happy to note, and there are now several more “signature entrées” and five more appetizers to chose from, including an extremely generous sampler plate with flaky jumbo lump crab cakes, a heap of fried calamari and a tidy arrangement of shrimp scampi. The crab cakes were more crab than cake; the calamari was flash-fried with just a smattering of chopped jalapeño, so it wasn’t too fiery; and the scampi’s creamy garlic sauce was a refreshing alternative to that all-too-common greasy yellow butter-garlic glop.

This appetizer nearly did me in, but Renée bravely tackled the Bristol’s variation on the caprese salad, in this case a tower of tomato slices and milky mozzarella squares on a bed of watercress, topped with a squiggle of gingered onion and splashed with a surprisingly sweet prosciutto vinaigrette.

Rather than order a full meal after appetizers and salad, Renée decided to share dinner with me. A wise move, because the lobster ravioli I’d ordered was far too rich for me to have eaten alone. The ravioli is filled not with shellfish but with minced, grilled vegetables — the tender bits of lobster meat are scattered on top of the pasta pillows, and the whole concoction drips with a decadent lobster-cream sauce.

Patrons don’t have to request for a split dinner to be served on two different plates at the Bristol; it’s simply done. The service here now is as polished and professional as it was decades ago, when Gilbert-Robinson was famous for having the best-trained waitstaffs in the city. Our waitress that night was a beautiful young woman, a native of Ethiopia, who fussed over Dick — we were celebrating his birthday — suggesting the potato-wrapped grouper for his dinner. He was pleased by the flaky fish, bound in thin slices of potato and then fried so that the wrappings turned golden and crispy.

Actually I think grouper is a fine lean fish, but chef Dan Uche’s potato crust and cabernet reduction gave it a lot more oomph than if it had been broiled and served unadorned.

A week later, I returned for an early dinner with Patrick and Bob, who greedily ordered appetizers: a huge mound of steamed Maine mussels in wine and garlic for Bob and the lobster bisque for Patrick, who took one sip and announced, “It’s pure cream … like eating dessert.” That exceptionally rich, pumpkin-colored soup has the consistency of melted ice cream and probably the same fat content. I prefer the less extravagant but still lush New England clam chowder, laden with fat little clams in a soothing, milky broth.

I should have considered sharing an entrée on this visit, too. I was woozy before I’d finished even half of two plump enchiladas made from jalapeño corn tortillas rolled around chopped chipotle-grilled shrimp. (I wound up taking it home.) Bob and Patrick, on the other hand, had lustier appetites. Bob raved about the four soft seared scallops slathered in a buttery cream sauce blended with the gentlest touch of citrus and fresh herbs. And even if Patrick can’t correctly pronounce cioppino (the fish stew reportedly invented by Italian immigrants in San Francisco), you don’t have to speak Italian to appreciate the Bristol’s version of the dish, loaded with hunks of fresh fish, clams, mussels, scallops and shrimp in a tomato-and-wine broth.

By the time they finished, I was clutching my carry-out box. I was eager to go home, but these whales were just getting a second wind. “May we see the dessert tray?” Bob asked our waiter, who swiftly returned, toting a well-endowed platter of sweets. Bob chose crème brûlée. Patrick leered at the slab of carrot cake and the cheesecake but ultimately took a healthier approach: a jumble of raspberries and strawberries (they looked defrosted to me, but I can’t say for sure because Patrick didn’t let me near them) and a “cannoli” made of a rolled-up tuile cookie filled with chocolate mousse.

“Fresh fruit is the best way to end a meal,” he said before cramming the cannoli into his mouth. The couple at the next table stared at him in amazement.

Here’s hoping he’ll repeat the performance at the new downtown Bristol when it opens in 2007.