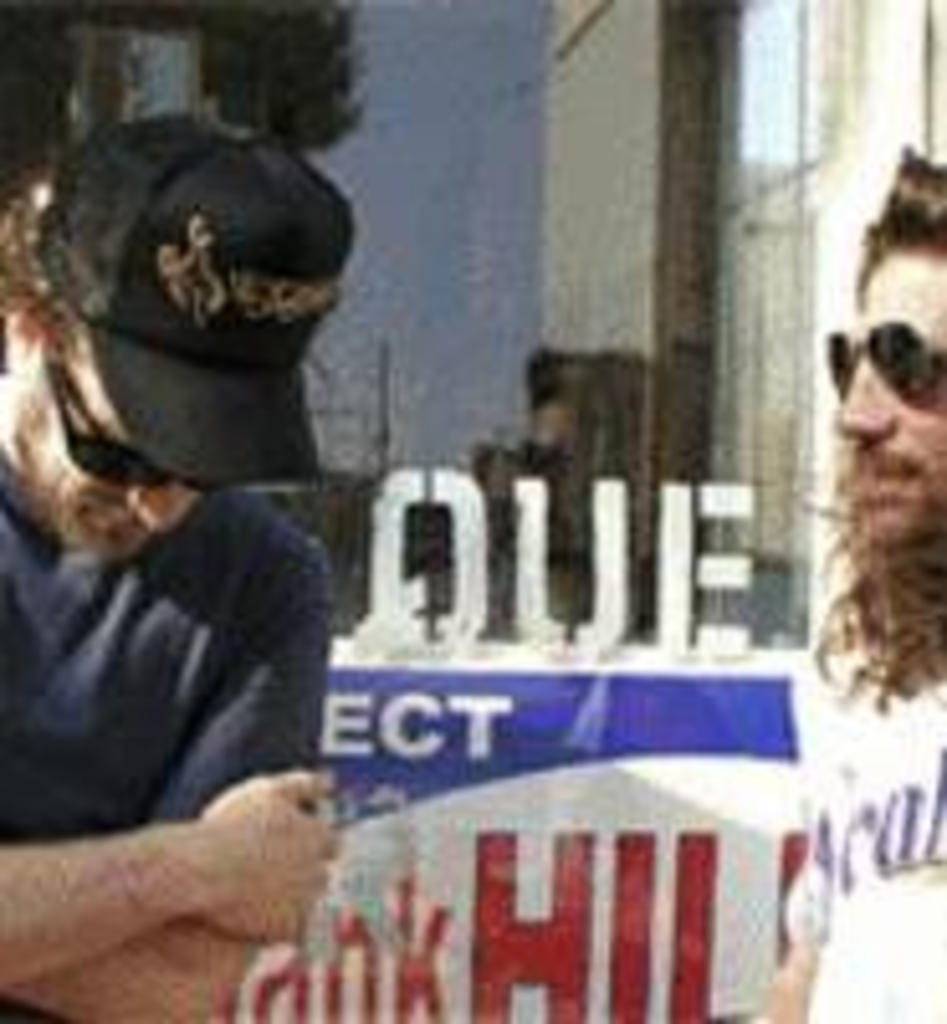 Van Campbell, drummer with East Nashville band the Black Diamond Heavies, admits that he’s “kind of a beginner” and “still learning a whole lot” about the blues. But three years ago, he found a great vehicle for discovery via his bandmates, keyboardist J.W. Myers (who was raised strictly on gospel but found that the blues came naturally because of it) and guitarist Mark “Porkchop” Holder.

The Pitch uncovered several insights into Campbell’s views on this ever-debated musical form. That’s no surprise considering how the Black Diamond Heavies steer clear of the clichés that loom over the blues from two sides — baby boomers on one and Jon Spencer-shirted hipsters on the other. Now stripped-down to a two-piece with just Campbell and Myers, these Heavies come to town with only an EP in hand but plenty of new material from a forthcoming full-length.

The Pitch: First, I gotta ask ya — what happened to Porkchop?

Campbell: Well, basically, Porkchop [who was, by far, the heaviest Heavy, physically speaking] decided that he wanted to settle down. It’s all good. It was an amicable split. We still see him from time to time.

Now that the group is leaner, how have you made the sound meaner?

I thought about that one for a long time.

That’s good, I can tell! The best thing about it is that there’s a lot more space for both John and me to play with. I’m not saying that we’re playing everything real busy now — a lot of times, we’re just leaving things spacious. I’ve been promoted to lead drummer — from just “drummer” — which I like. A lot of times, we get to set up side by side.

Well there is a lot more space on stage now. [Porkchop is not a small man. — Ed.]

That was a joke, by the way.

Since the White Stripes’ success, being a two-piece band has been imprinted in people’s minds as a gimmick.

John and I pretty much just act natural all the time anyway. We went through a million guitar players, harmonica players and even discussed getting an organ player. For now, we’re staying a two-piece. People can say whatever they want. They can call it a gimmick — that’s fine with us as long as they’re into it.

Who would you say is in your audience?

The label that people have put on our style of music is “punk-rock blues.” That’s a pretty appropriate description. Some of the more old-school blues fans get into it because it has those traditional connotations.

A lot of people, when they hear the word blues, envision a very civil form of music. Obviously, the blues doesn’t carry the same edge that it did in the early 1900s.

Like a lot of forms of music, like punk, blues has been misrepresented. I have no problem with people like Stevie Ray Vaughan or Eric Clapton. To me, the blues is more of an attitude than a style of music, just like punk rock. There are quite a few similarities between them, and also hip-hop.

You’re singing about your own personal struggle, whether it be where you come from or the way you’ve grown up. A lot of people think of the blues as one thing and punk as another, but I think of it all as the same attitude. That’s a really beautiful thing.

You mentioned Stevie Ray and Clapton. Is their style the blues?

In terms of attitude, I think it’s pretty comfortable stuff. It’s fine if that’s what people want to listen to on their boat. The kind of blues I like, you can hear a lot more anger and grit — Hound Dog Taylor or Junior Kimbrough or Howlin’ Wolf. You listen to that music, and it makes you want to run up on top of the house.

One could argue that modern production techniques have made the music sound safer. How do you avoid the temptation to overproduce?

It’s funny you say that, because a lot of people nowadays are overproducing trying to sound raw. We just recorded an album and wanted it to have that Howlin’ Wolf-raw sound, but it’s not a field recording. We did play it live, and all the background vocals you hear are just me shouting into the drum microphone. But there were certain things that had to be done to make it sound the way we wanted.

Who are the blues artists you most admire for standing out on their own terms? And how do you stay faithful to the music and keep it fresh?

I don’t think we feel any responsibility to stay faithful to any sort of form — at least I don’t. It just kind of happens to be the music we’re into and playing right now. Next, Junior Kimbrough is kinda number one as far as individuality goes, because he pretty much never left Mississippi. I think there was very little outside influence on Junior. I think what he did was the sound of his surroundings. He is completely unique in that sound. It’s an acquired taste, but … his music is considered to be blues, but if you really listen to it, it’s trance! It’s very hypnotic and it’s not 12 bars. It’s completely different from anything that I’ve ever heard.

What have been some of your most memorable experiences meeting elder bluesmen?

We had the opportunity to play with a guy named T-Model Ford here in Nashville. We were all fans of his. It was just an incredible night because we got to meet the man. It was the first time I’d ever seen the guy play, let alone open up for him. Just to be able to meet him and his drummer, Spam. T-Model’s about 86 years old — nobody knows how old he really is, and I believe him. He walks on a cane. He’ll play for about three hours through an amp and a guitar that probably cost about $225 total. You literally have to drag him off the stage to stop him from playing. He’s kind of a different breed of human being. Not many 86-year-olds can do that. The coolest thing was, after the show, there were all these young girls standing in line to talk to T-Model. They were just college girls that happened to be there, not fans, but they were just drawn to his magnetism.

What was your listening background before you played in this band?

Mostly punk and hardcore when I was a kid in Kentucky. And J.W. wasn’t even allowed to listen to secular music until he was 18 years old. He was all-Jesus until he was 18.