There’s a new voice on Kansas City airwaves with 90.9 the Bridge 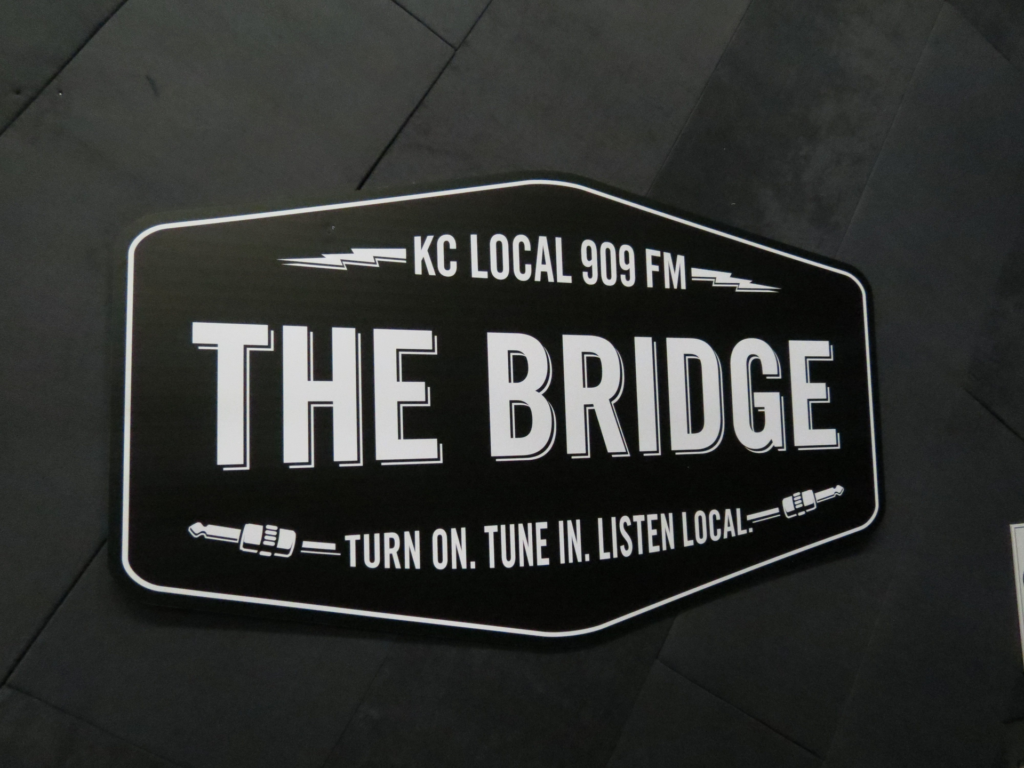 It’s a great day for local radio listeners. You may have heard rumors about KCPT’s purchase of KTBG, a Warrensburg station, and its subsequent relocation to Kansas City last year. In December, KCPT debuted the rebranded station – 90.9 the Bridge – in a soft launch online. This morning at 7 a.m., the Bridge went live on airwaves.

The Bridge features a fresh music format and programming philosophy. The NPR-affiliated radio station is dedicated to indie music and, more specifically, the local music community.

He goes on to explain the format: “We’re committing as a station to play more local music than any other station in Kansas City. We really view the Bridge as a home to the local music scene, and unlike a lot of other stations, our local music is going to be interspersed throughout the playlist. A lot of stations, when they commit to play local music, they might create a local music show that airs on Sunday nights for an hour or two, and what we’re gonna do is intersperse our local music throughout the playlist. You might hear a song from Bob Dylan and then right afterwards a song from Antennas Up, a local band, and then right after that you might hear something from the Beatles.”

This is excellent news for Kansas Citians, who have been in sore need of live radio support for the vibrant local music scene. Additionally, the benefit of the Bridge being a nonprofit, listener-supported station means zero commercials – there are some underwriting-support messages, but they won’t carry the usual abrasive tone – which will give the station the opportunity to focus on what matters: the content.

“The key to the Bridge is going to be our focus on the listener, not on the personalities of DJs or their personal choices in music,” Guiter says. “We’re building a really solid format that’s focused on the listener, so the goal of the station is to talk as little as possible as much as possible.”

The Bridge will also feature what they are calling 90.9 Sessions – live in-studio performances from local and national artists. (This week’s featured artist is Ha Ha Tonka.)

“We’re looking forward to sharing great new and local music with the people of Kansas City, and now that we’ve got the radio station up and launched, we’re looking forward to diving into the Kansas City local music scene and really becoming a local force that not only helps people in Kansas City get to know great new music that’s being created right here in our community,” Guiter says. “We’re also working with our national connections with NPR and PBS to shine a national spotlight on the Kansas City music scene and the people that are making music as a part of it.”

If you tune in to 90.9 right at this moment, depending on where you are in town, you might notice a little fuzziness. Guiter says the transmitter has just been moved to a new tower that’s closer to town, and notes that the station isn’t yet broadcasting at full power – something that he expects to be resolved by the end of this week.

So, congratulations and welcome to an exciting and long-awaited voice for Kansas City music! Not a bad way to start 2014.

You can stream 90.9 the Bridge live online here.