By now, high profile LGBTQ dramas should be better than “fine.” 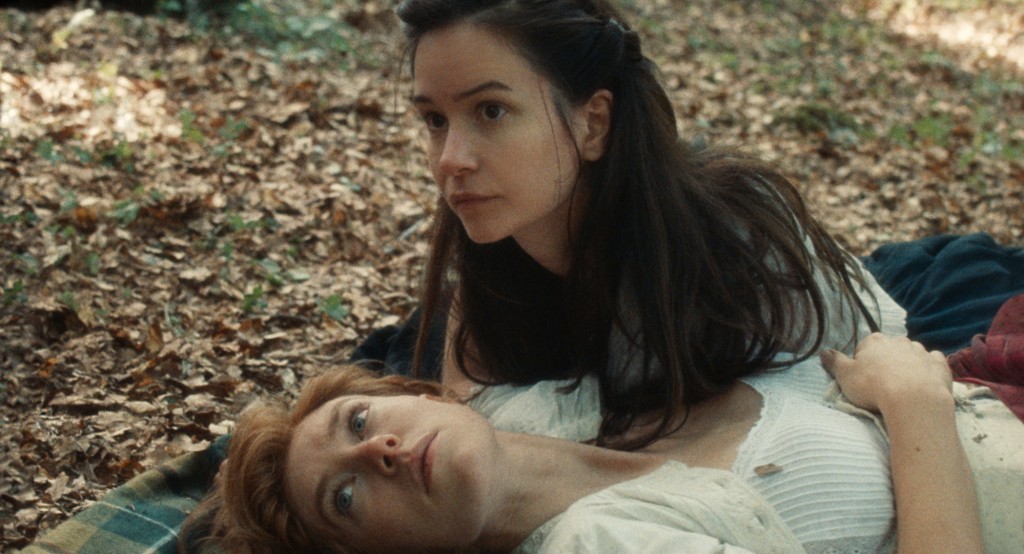 “I no longer derive comfort from the thought of a better world to come,” writes Abigail (Katherine Waterston, a 19th-century farmer struggling to get by on upstate New York’s rugged frontier. While this titular diary excerpt explicitly refers to her wavering Christian faith, it works just as well as a thesis statement for the film viewers are about to see—a quietly poetic tale of two women whose liberating, all-too-brief romance is unable to truly transcend the harsh realities of their day.

If that sounds all too typical for an awards season lesbian period drama, you can take comfort in knowing that at least The World to Come employs some refreshing artistic flourishes in the process. The most noticeable innovation comes courtesy of Abigail’s aforementioned diary entries, which are told in lengthy voiceovers throughout the story. Her winsome prose is often at odds with the grueling monotony of the characters’ frontier lives, especially in the wintry film’s opening minutes. We meet Abigail and her husband Dyer (Casey Affleck) at the start of a new year that neither acknowledges with much hope, both consumed by grief at losing their young daughter Nellie. While Abigail and Dyer spend most of their days scraping by side by side, they’re often worlds apart emotionally.

Abigail’s relative isolation is interrupted in late February when her new neighbor Tallie (Vanessa Kirby) arrives and immediately brings a splash of color to the woman’s bleak day-to-day routine. Tallie is the extrovert to Abigail’s introvert, bluntly starting conversations about life and motherhood and relationships, subjects Abigail previously only explored in the pages of her diary. Tallie is struggling in her own way, since most of her life is now dictated by her jealous and controlling husband Finney (Christopher Abbott). She’s hesitant to start a family, and it’s implied having a child would make her remote chances of getting away from him exponentially slimmer.

Like many historical lesbian stories, Tallie and Abigail have a slow-burn relationship, one that’s played wonderfully by The World to Come’s two leads. One could argue a chunk of the film’s voiceovers should’ve been cut so the film could show rather than tell Abigail’s inner conflict. Waterston imbues them with an unvarnished sense of desire, however, that takes longer for Abigail to build up the conviction to express out loud, providing a refreshing look at a queer woman coming to terms with herself.

By the time Abigail leans rapturously over her kitchen table after kissing Tallie and repeats the words “astonishment and joy” over and over again, it’s thrilling to see those internal and external feelings finally sync up. Kirby, who’s already receiving plenty of awards buzz for her role in Pieces of a Woman, is particularly captivating as a charismatic, outspoken soul bristling against the rigid expectations for women of her time.

Unlike a number of recent, similarly high-profile period dramas (looking at you, Portrait of a Lady on Fire and Ammonite) that focused on the liberating love stories that queer women had throughout history in the absence of men, Abigail and Tallie’s husbands are ever-present throughout their tenuous romance. Fortunately, the men aren’t caricatured as cruel one-dimensional figures who embody the full force of heteropatriarchal prejudice toward their wives.

Instead, Ron Hansen and Jim Shephard’s screenplay uses Dyer and Finney to explore how different men interacted with such gendered systems. Although Dyer has been raised to expect Abigail to provide him with certain affections and homemaking duties, he’s a much gentler and more sympathetic presence in their marriage of convenience. Finney, on the other hand, would rather resort to abusive outbursts than allow Tallie to be anything other than the subservient wife he expects. The tensions bubbling below the surface between the four characters slowly reach a fever pitch, and director Mona Fastvold expertly teases out the larger implications of their domestic conflict in a way that builds on the work of her debut, 2014’s The Sleepwalker.

Much of The World to Come benefits from the inventive touches imbued within its more rudimentary narrative framework, so it’s a shame that the third act quickly resorts to stereotypical lesbian tragedy. It makes sense that Abigail and Tallie’s story wouldn’t have a hopeful resolution, given the movie’s explorations of how many women and queer people’s ability to reach their potential was kept just out of reach throughout history. Still, that’s already perfectly evident in countless LGBTQ period pieces that are much less thoughtfully made.

As beautifully shot and acted as The World to Come often is, it’s frustrating that the writers can’t quite picture a historical lesbian story whose flashes of joy are ultimately mired in inevitable trauma. Abigail and Tallie were women willing to look ahead of the confines of their time. While their story is endearing, it’s high time that the all-white queer period pieces that disproportionately dominate LGBTQ cinema don’t get a pass for being just fine. 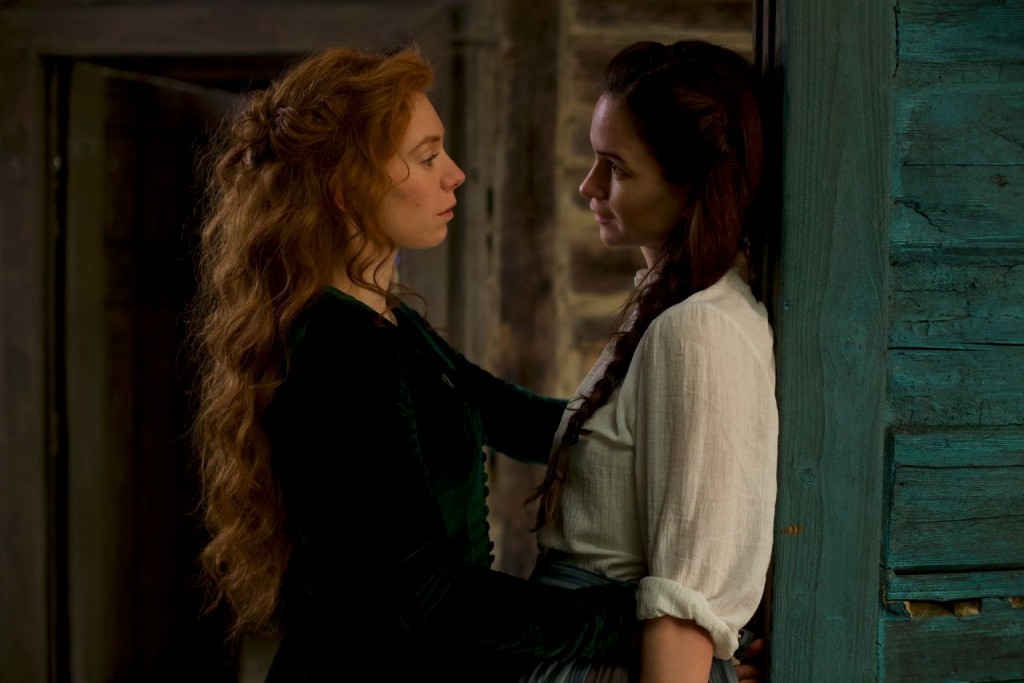