The Weak in Rock 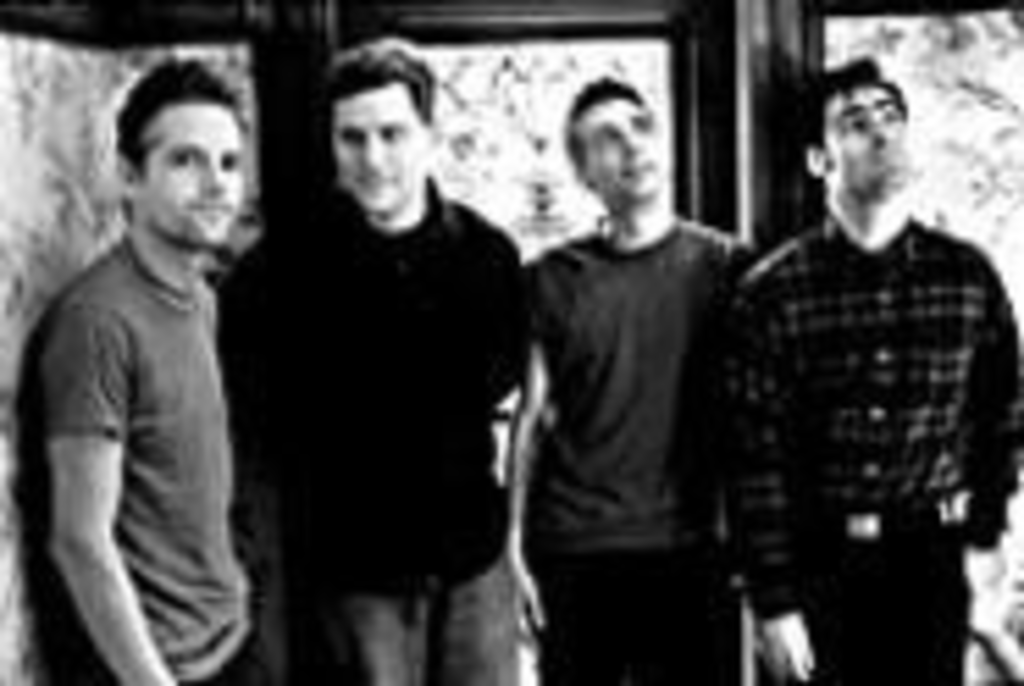 When politics and music meet, the result can be fierce and focused (Public Enemy, Fugazi) or heavy and heavy-handed (Rage Against the Machine). Occasionally, though, socially aware songs can be subtle. The Weakerthans has earned a reputation as an ideologically charged band, but its lyrics don’t contain easy slogans, “vote this way” or “set this person free.” Instead, the group writes first-person accounts of how broader issues affect the average person. Being political doesn’t always mean addressing the hard-hitting topics about which the intellectually inclined banter at coffee shops; deeply personal work also qualifies.

“I think the approach of our band is honestly looking at what’s going on in the world,” says bassist John Sutton, speaking from a noisy gas station near a western Canada tour stop. “It’s really coming from the place where we all lived.” (The group’s members hail from Winnipeg in Manitoba, Canada.) “Winnipeg is a poor city in general, and a lot of people don’t have a lot handed to them. There is a very large number of people living under the poverty line in Winnipeg, and you can really feel that when you’re there. That stuff touches us for sure. Seeing people not getting chances, seeing the struggles of everyday life and how we’re part of them.

“Lyrically, geography is very important to John (Samson, vocalist/guitarist),” Sutton continues. “Not necessarily the geography itself, but where he’s living and what is around him. He writes about things that he knows and sees and feels — if it’s about Winnipeg politics or about the state of how poor Winnipeg is and how buildings are burning down and there are just big holes left in the city.” Samson expertly portrays this decaying urban environment with lines such as city’s still breathing but barely, it’s true/through buildings gone missing like teeth. It’s not revolutionary to document and even romanticize the poor side of town, but The Weakerthans’ songs describe the broken glass, truck stops, dying airports and construction sites with vivid detail and disarming sincerity.

“I think the big difference between the first and second album is that the band grew up,” Sutton explains. “We actually learned to play together.” Fans of Propaghandhi, which blended melodic punk and thrash metal on confrontational songs such as “Stick the Fucking Flag up Your Goddam Ass, You Sonofabitch,” might suspect that Samson would have to step into a different mindset to play comparatively mellow material, but Sutton asserts, “I think Samson still works in the same way that he did with Propaghandi. When he was on tour with them, he would just sit by himself with a guitar and write songs. I think because of being in that band for six years, he was used to writing in that pop-punk style. Before that, though, he had put out an album of acoustic songs. With The Weakerthans, he really merged the two loves. The rest of us were in bands that were pop-punk, and it was natural for us to just click on the distortion pedals and go. Then John came in with a slow song, and we were like ‘Yeah, let’s do this,’ and we got really into it. It was a lot of fun to let the air in the songs just breathe.”

Sutton also credits respiration as an influence on his band’s sound and focus, saying “the birds in the sky and the air that we breathe” inspire The Weakerthans’ output. More tangible explanations might be difficult, because Left and Leaving is an album filled with contradictions. “We were kinda spontaneous when we made this album, yet really rehearsed at the same time,” Sutton says. “We knew what we wanted, but we were also open to a lot of new things. Lyrically, I think John was writing a lot about alienation, in a good way. I think a lot of the songs come across as hopeful sad songs.”

The hope The Weakerthans provide doesn’t come only from their music. The band’s label, Sub City (an offshoot of punk mainstay Hopeless Records), allows bands to give back to their communities. A portion of the proceeds from Fallow, for example, goes to the Mount Carmel Clinic, which provides medical services and day care for people living in inner-city Winnipeg, while Left and Leaving benefits Art City, a Winnipeg-based nonprofit organization that helps give free art classes and instruction to primarily inner-city youth and families of aboriginal descent.

Although the band members are quick to point out the ways in which Winnipeg could be improved, they take great pride in their hometown. Listing an honor roll of Canadian comedians (the casts of Kids in the Hall and SCTV, Mike Myers and Dana Carvey), Sutton suggests that Canadians are inherently funny. “It’s really cold for so long in Canada, and people’s brains numb up and they become delirious,” he explains. “They sit down in their isolated, cold homes and say, ‘I’m going to make a movie about being some ’70s macho spy.'” Proving that he has a sense of humor as well, Sutton, when asked what cause he’d like to endorse, eschews the political topics his fans might expect him to address. “I think people should play poker more often,” he recommends. “We play poker a lot on the long drives, down and dirty, real money poker. I think people should rediscover that. That’s what the world needs — more poker players.”