The Wayward Son thanks you, Kansas City, for five years of rock and roll 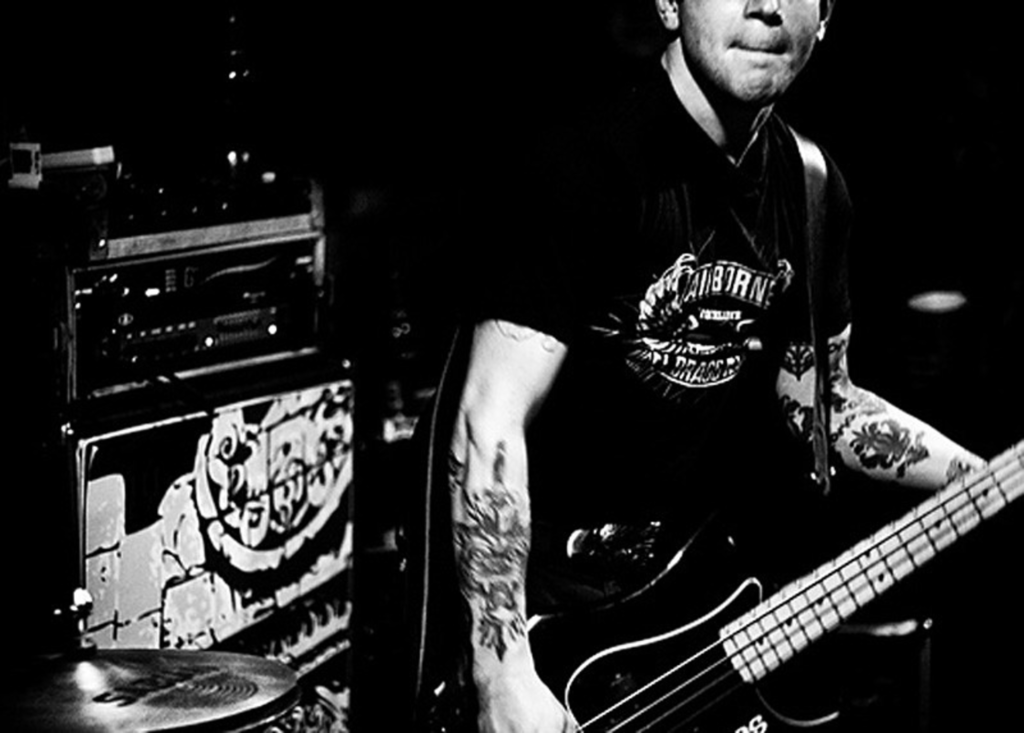 Outside the midtown basement venue, it’s a lung-freezing 10 degrees and snowing. Inside, it’s a dark, smoky paradise for aging punks.

Leaking pipes anoint unsuspecting guests with sticky water. In one corner, a green-neon sign lazily flashes the word open. Behind it is a handwritten sign announcing that there’s no alcohol for sale. Just about everyone is drunk.

Zach Phillips takes a swig from a bottle of beer, replaces it atop his amp and lights a cigarette. Loaded, he can still thump circles around just about any bass player in KC. His band, the Architects, plows into the enraged opening riff of “Reciprocity.” People careen away from the stage in a twisting tangle of heavy coats and unshaved faces.

In a few weeks, the Architects will be on tour opening for Flogging Molly, but tonight, Zach and his brothers, Brandon and Adam, and guitarist Keenan Nichols are rocking the basement show.

It seems right that this is my last show as music editor of The Pitch.

Since taking this job in March 2005, I’ve traversed basements, jumped onto and off stages and slung beer. Sometimes I’ve just stood with my arms crossed, watching some unknown band or rapper absolutely fucking destroy it.

After nearly five years of covering this area’s music each week in print and daily on the Wayward Blog, I’m still surprised to hear this question: Does Kansas City have a vibrant music scene?

The answer is easy for a KC-based musician who dreams of getting reviewed on Pitchfork or landing a recording session on Daytrotter — even getting signed to a label of some kind. Just getting your so-called loyal followers to come out to shows and buy your music can be a soul-wearying struggle.

I have seen many talented musicians completely give up trying to get heard outside of their friends’ iTunes libraries, much less hit the road for extended tours.

For decades, Kansas City has struggled and failed to redefine itself as a music town. The age-old days of city-sanctioned live music and hedonism on 12th Street and Vine still represent our city’s main contribution to American culture. Efforts to revive the old music through appeals to noble concepts, such as “heritage,” have been hugely ineffectual (the sad Jazz District).

City leaders are mostly uninterested in helping local entrepreneurs, such as Brett Mosiman (Wakarusa, Crossroads KC at Grinders) and Bill Sundahl (the Crossroads Music Fest); instead, they favor giants like AEG and its big-ticket shows. And while it has been great seeing such international acts as AC/DC and Leonard Cohen at the Sprint Center and the Midland, I have to ask what is more valuable to the city’s cultural future: occasional sold-out superstar shows at a big arena or a consistent, artist-­nurturing, locally focused, live-music economy? You know — like we had here 90 years ago.

There’s creativity in the soil here, talent and passion in the blood.

And the game is changing. In the past 10 years, the Internet has kneecapped the old system of major labels and record sales while making it possible for anyone with the right software to get his or her music out to the world for free.

Tech N9ne is making a great living outside of the corporate-music world. A true entrepreneur, he pours his energy into marketing and building his brand — touring and recording constantly, making people hungry for his product and then selling it to them in the form of tickets and hoodies and, somehow, CDs. This year, he hit No. 1 on the Billboard indie chart. He has waited for the approval of no institution other than his fanbase, and it has paid off richly.

Tech and his diamond-studded logo necklaces are pretty far from this basement. But here, at a bar or online, Kansas Citians are playing music that stands up artistically to anything else out there. It’s crazy how good some of this music is.

So it’s with hope and enthusiasm that I turn over my duties to Elke Mermis, who has the discerning tastes and killer writing skills that Kansas City needs in its hard-hustling music critic. (Holla at your girl: Elke.Mermis@pitch.com.)

And I’ll be setting my RSS to pitch.com because I know that these days, the paper has evolved from a weekly magazine with an online component to a 24/7 digital feed of multimedia news and commentary. (It kinda makes me sweat just thinking about it.) I know I’ll be missing out if I only read the print version each week.

I can’t wait to look on from a pure fan’s perspective.

And to all you musicians — from rappers on the East Side to indie rockers in Lawrence — thank you for making the past five years the best. Ever.