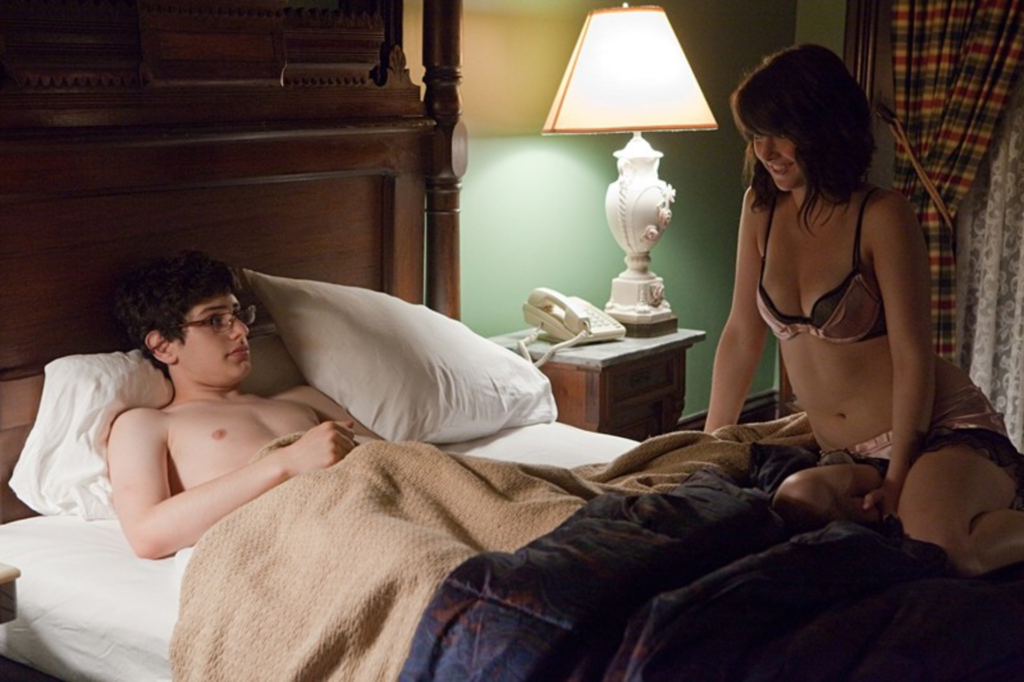 Buried beneath The Virginity Hit‘s determinedly crude gags about diarrhea, incest and frat-house debauchery is giggly but unfocused commentary on the role and prevalence of the Internet — specifically YouTube — in the sex lives and rituals of humiliation (often intertwined) of 21st-century teens.

Co-writers and directors Huck Botko and Andrew Gurland are wildly uneven, veering from flashes of inspiration — an offer from a pretty stranger to assist Matt in his dilemma is not at all what it seems — to deadly dull lulls, and from genuinely amusing bits to those that are dead-on-arrival. The duo is also lazily inconsistent with their use of grainy handheld footage to differentiate points of view.

The Achilles’ heel, though, is actor Zack Pearlman. Pearlman’s grating shtick as a poor man’s Jonah Hill is old before the opening credits finish rolling.