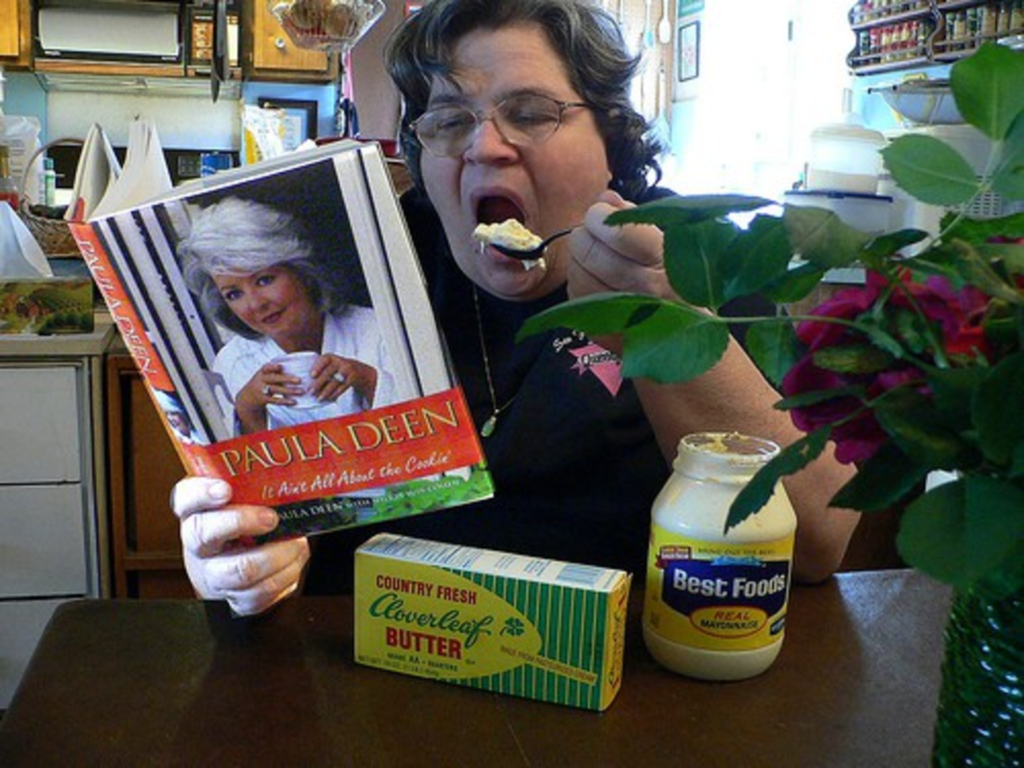 It was supposed to be a standard guest appearance. Chef/television personality appears on morning talk show to promote her last cookbook. Piece of cake, right? Well, that was the problem last week when Paula Deen stopped in at The View.

Barbara Walters forgot for a minute that the insipid roundtable was not 20/20 and laid into Deen for her Cookbook For The Lunch-Box Set. Walters wondered how Deen, in good conscience, could promote her famous butter-influenced cooking to children:

This is a cookbook for kids. Obesity is the number one problem for kids today. Everything you have here is enormously fattening. You tell kids to have cheesecake for breakfast … Does it bother you that you are adding to it? No? Not at all?

In reality, it’s a fair question. A cookbook of sweets and fried foods for children seems like a bit of overkill. That said, is it really this book that will cause kids to spill over their waistbands — or the snack bag of Cheetos that a little girl was eating for breakfast when I flew out of Kansas City International Airport recently?