The Unicorn’s First Time is awkward; The Coterie’s Electric Poe is creepy 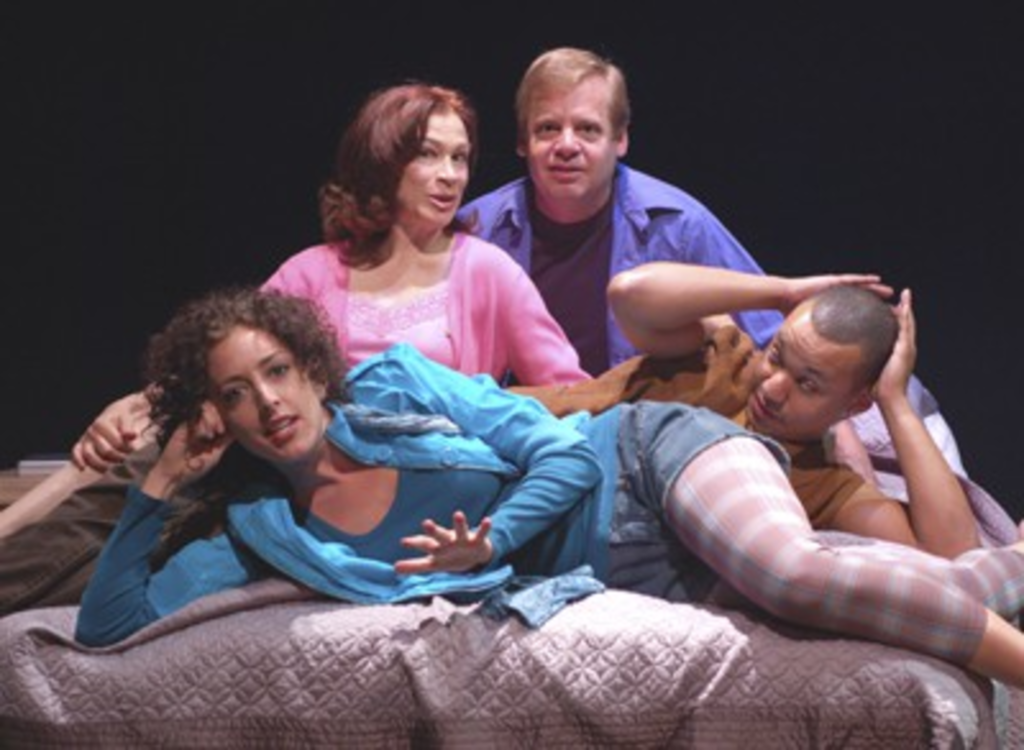 Part bar talk and part confessional, Ken Davenport’s My First Time manages, at its best, the trick of making drama out of real people’s real words — in this case, “first time” accounts of getting some, giving some and every possible variation on such a transaction. When they’re at their best, these stories amuse and alarm, and cast members capture their pleasure and pain. The problem is that, despite the strong cast and good work from director Cynthia Levin, My First Time is too rarely at its best.

For all its welcome vulgarity, My First Time is, at its heart, one of those theme shows common to the American Heartland Theatre. It’s the kind where actors become generic celebrants, beaming as they tour-guide us through some idealized universal experience, gushing about marriage or puppies or, in this case, that awkward first deflowering. Sure, some of the stories concern rape and incest, and there’s often a blunt power in the words of Davenport’s nonprofessional writers. But by the end the actors are holding forth about first sex with that same tone of official reverence that Oscars presenters summon when discussing the power of movies.

The problem is that too much of the show isn’t about these individual stories. Instead, Davenport indulges in montage-like flourishes where the actors round-robin through lines culled from the 40,000 anonymous first-time stories posted to his Web site. At times, it feels like Davenport must have pledged to include a line from each. Round and round they go, tossing non sequiturs. Late in the show, they even have to remember all this cut-and-pasted gibberish while actually miming broad comedy sex, fully dressed, on a tiny bed, all balled together into a shrieky four-way of annoyance.

This dashes most of the excitement of the individual tales. It’s all in the realm of the bland universal, recognizable to everyone but meaningful to no one. Eventually, the cast relents and acts out somebody’s story. But then, just a couple of minutes later, they all ball up again and take turns shouting things like “I am having sex!”

How clever of a show based on a Web site to re-create the random cacophony of the Internet.

Alex Perry designed the lighting for My First Time, and, as usual at the Unicorn, that lighting doesn’t just sculpt a variety of locations — it seems keyed to the biorhythms of characters and audience, dimming and brightening as if we’re willing it with our responses to what’s happening on stage. Video projection has become a staple as well, at the Unicorn and all around town. In My First Time, Jeffrey Cady’s work is a seamless part of the whole — something that would have been unusual as recently as last season’s productions.

In Tell-Tale Electric Poe, the guitar-feedback creep-out at the Coterie Theatre, artistic director Jeff Church and projection designer SeifAllah Crisobal have done the same. In the process, they pull off one of those clever inventions that make Church such a natural-born director. As Bruce Roach narrates the rat attack that has always struck me as the nastiest bit of Edgar Allan Poe’s “The Pit and the Pendulum,” Crisobal projects a teeming swarm of the diseased bastards right onto Roach’s white shirt. Marvelous! Disgusting!

The Poe character is the show’s most conventional element. Roach recites a couple of stories and poems, each one building from the expressions of a troubled soul to a full freak-out. He applies his trickster’s timing, pacing each wicked turn with the adroitness he might bring to the jokes in one of his comic roles. His effect here is the best kind of sinister. (With two exceptions: a sprint through “The Bells” is a feat more of pronunciation than of communication, and, as the pendulum descends, a couple of his moans suggest C-3P0.)

Roach does all the talking, but Church has fashioned Tell-Tale Electric Poe as an unorthodox duet. Looming from a balcony on stage right, local country music dynamo Scott “Rex” Hobart lays down raw and continuous electric guitar accompaniment. He offers feedback poems, a fog of music that suggests a world going mad, licks and drones that — like Art Kent’s lights — pull off that keyed-to-our-emotions feat. But he also frays at those emotions, heightens the tensions, tickles at the frets for pizzicato horror when the rats swarm. (Hobart designed the set, too. It’s a knockout.)

Roach’s slow burn throughout “The Tell-Tale Heart” will probably come to mind every time I encounter the story from now on. He and Church have cooked up several fine gross-outs appropriate to a theater for young people, but that duet is what makes this so memorable. Most performances run during the work day, but grown-ups are more than welcome on Friday at 7 p.m.