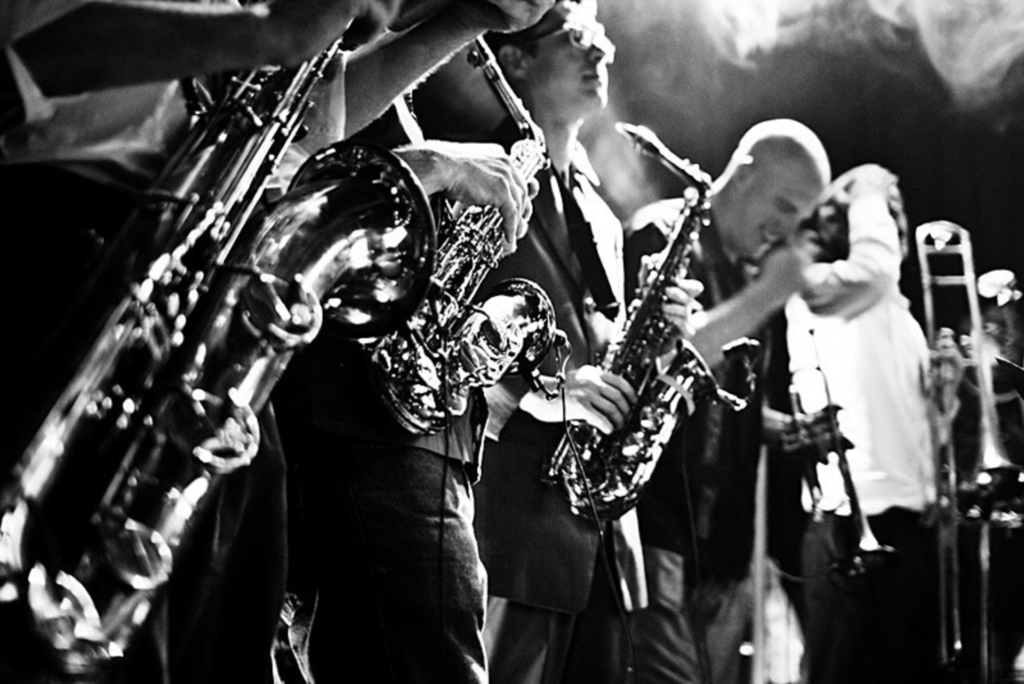 Mardi Gras always seems a bit out of place in Kansas City. To many local peeps, Fat Tuesday is just another day for people to ditch work at lunch and get shitfaced. However, some local heads take the tradition pretty seriously. One of them is Bob Asher, the face of KC’s oldest and largest “super krewe”: the Top of the Bottoms Social Club.

“We founded ourselves upon the model of New Orleans’ traditional social aid and pleasure clubs,” Asher says. “Our group’s motto is ‘Always for Pleasure,’ and our number one priority is to provide pleasure for our members in the form of social events, musical and other creative outlets, as well as benevolence to the community in general.”

“Typically, at Pope of Dope gigs, I wear a pope’s costume, complete with a miter — hence the name — and I conduct a funky church service,” Herman says.

Herman formed the Pope of Dope to play New Orleans-style funk for the Top of the Bottoms Masquerade Ball in 2006. At the time, the group featured Loren Pickford, a multi-instrumentalist who settled in KC after Katrina. Pickford headed back south in 2009, and Pope of Dope has since played instrumental versions of classic tunes by the Meters and Professor Longhair. This year, Pope of Dope is hooking up with Louisiana vocal legend Little Queenie for a tribute to piano virtuoso James Booker.

“I felt like we should feature somebody really special. Leigh Harris [Little Queenie] was the first person who came to mind,” Herman says.

The theme of this year’s ball is “A Midwinter’s Evening Tea Party.” Does one have to be a member of Kansas City’s art scene to attend? Asher says no.

“The Masquerade Ball is exactly what you think: A publicly accessible introduction to the carnival-season community in Kansas City,” Asher explains. “Our hope with our ball is that folks curious about the KC carnival scene will make a nice costume, come out and see what all the krewes have to offer.”