The Top Five best restaurants to break up a relationship 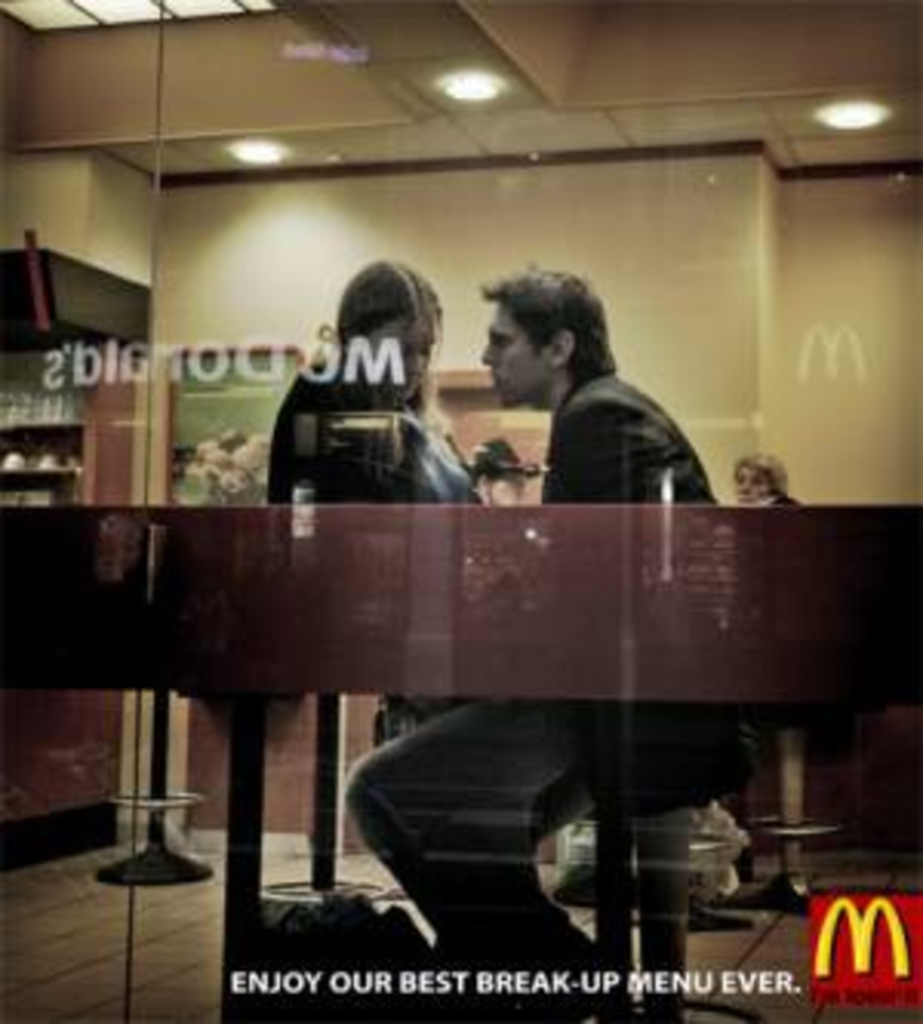 Until I started working in restaurants as a teenager, I had only seen couples breaking up on television (my mother watched Search for Tomorrow, in which characters ended relationships as often as most people change their socks) or in the movies. It never occurred to me that anyone would pick a public venue for anything as as intimate as breaking up a romantic relationship. I would learn, the hard way, that a public dining room is often the setting for these personal dramas — but only after I got older and wiser. The first time I witnessed such a display at a restaurant, I was shaken, until a veteran waitress explained that there was a method to the humiliation of being dumped in a public place: “She knows the guy means business if it does it with an audience,” the waitress said. “He’s not playin’ games.”

You wouldn’t think that one of the restaurant industry’s busiest nights — Valentine’s Day — would be an ideal night for breaking up, but sometimes there’s safety in numbers: All the restaurants are crowded and no one’s paying that much attention to what goes on at adjoining tables. And if you want to mean business, well, you can bet your point will get across in a big way.

And that leads me to Rule One: If you’re going to break up in a public setting, choose a venue where you can afford a little public humiliation if, indeed, a scene takes place. Fast food restaurants are best, but there are other options:

5) Mug’s Up Drive-In. Since you don’t have to get out of the car, this vintage Independence drive-in can be suitably discreet. But be warned, those heavy chilled root beer mugs would make an ideal murder weapon if things take an angry turn.