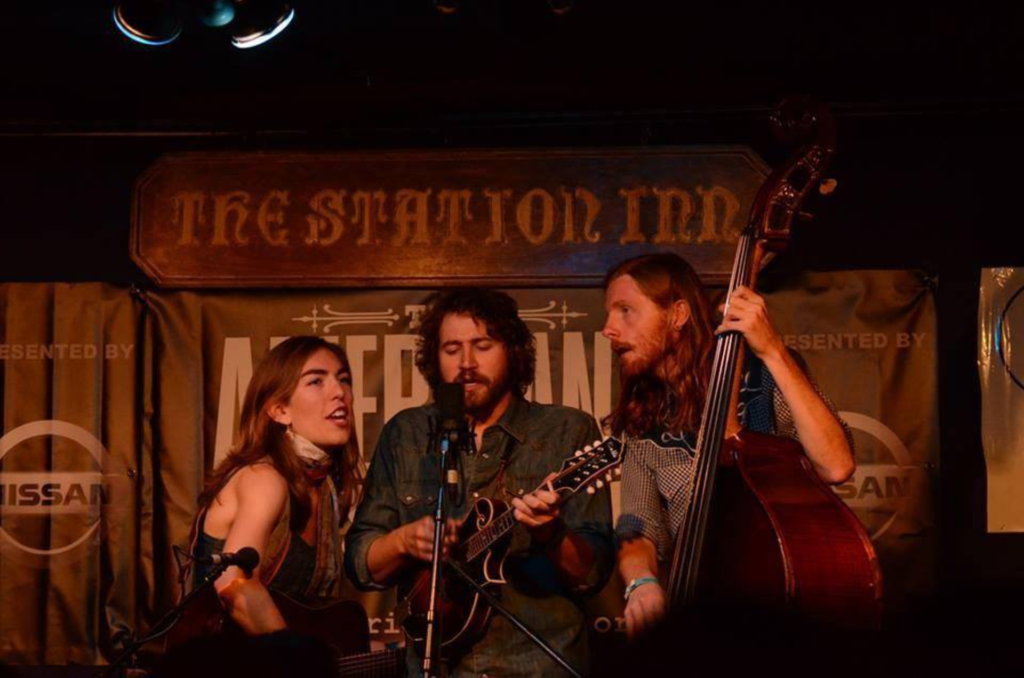 Pennsylvania folk trio the Stray Birds is a band that pulls you in with gorgeous three-part harmonies and keeps you for life with deft fretwork. While the band has been together since 2010, it’s only within the past year that the Stray Birds have seen national acclaim. Maya de Vitry is the band’s banjo player and chanteuse-in-residence, and she took time out of the Stray Birds’ recent trip to Dublin to answer a few questions for The Pitch.

The Pitch: How’d you come to be part of the Folk Alliance International Conference?

Maya de Vitry: In 2011, we attended the NorthEast Regional Folk Alliance conference in upstate New York. We realized there was a vibrant community and an enthusiastic audience for the music we were making together. That weekend was definitely a catalyst for the Stray Birds – over the next few months, we loosened our other commitments, went into the studio, climbed into a station wagon, and started touring around the country. In 2013 we attended our first International conference in Toronto. We are excited to explore Kansas City. It feels like we are headed to a family reunion.

Is there a particular influence on the Stray Birds’ musical stylings? I hear a lot of Carter Family.

I grew up in a family that loved old-time and bluegrass music, and my dad has always played fiddle in local bands. My parents took us to a lot of summer music festivals. Oliver grew up playing in a family band that also drew from that well of traditional music – as well as his dad’s original songs. Charlie’s dad is also a bass player. I think that coming from families with a reverence for music has had inseparable impact on our own music. Beyond that, our musical influences range from the Stanley Brothers to Jimi Hendrix to Bonnie Raitt to Townes Van Zandt.

What was the process of picking songs for the Echo Sessions EP. Were these staples of your live set?

I wouldn’t say they were staples of the live set. We actually didn’t even have “I Wish It Would Rain” on the list until that day – and we’d rarely played it. It just felt right at the time. And Townes Van Zandt is a huge reason I even started writing songs. “Loretta” just rolls off the tongue. We have so much fun singing that one. We love the new EP, and we had such a great time recording it – light and fast, in one day.

About.com named the Stray Birds as one of the best new folk artists of 2013. How do you respond to recognition like that when you’ve been together for over three years?

It wasn’t until 2012 that we started touring and recording together as a trio, so we actually feel pretty new to this. We’ve had a lot of musical growth since then, from our vocal blend to our collective groove. We love the craft of songs and we love singing together, and it’s great to have new listeners discovering our music through that kind of recognition.

Given that most folks know you for “Dream In Blue,” are they a little surprised to find that you sing in three-part harmony?

When is the new full-length due out, and what can folks expect from it?

The new album is coming out this year – that’s all I know. We recorded live this time, to catch the nuances of our interplay. We are very excited about the new songs.

What has the band excited about the new songs?

As a songwriter, I’m excited that these new songs were conceived and inspired in the context of traveling with Oliver and Charlie. These are songs born in the backseat of the station wagon on a highway in Kansas or in a pizza shop in upstate New York. I was able to write with Oliver and Charlie’s harmonies in mind, and to take a song from my head to the stage in such a short time is really exciting. Even more than before, these songs were really written for this trio.

Was there a particular aspect to the process of recording live that helped capture the band’s dynamic?

It’s tough to find the same kind of energy in a recorded setting that you have with a live show and an audience. There is a freedom and a looseness and a magic that comes from playing in front of an audience, and we had to dig pretty deep to access that kind of spirit in the studio. It’s easy to judge the performance more harshly when you are being recorded, so we had to learn to let go a little more, in the moment. It was a difficult but refreshing way to make a record.