The Star Does Oprah 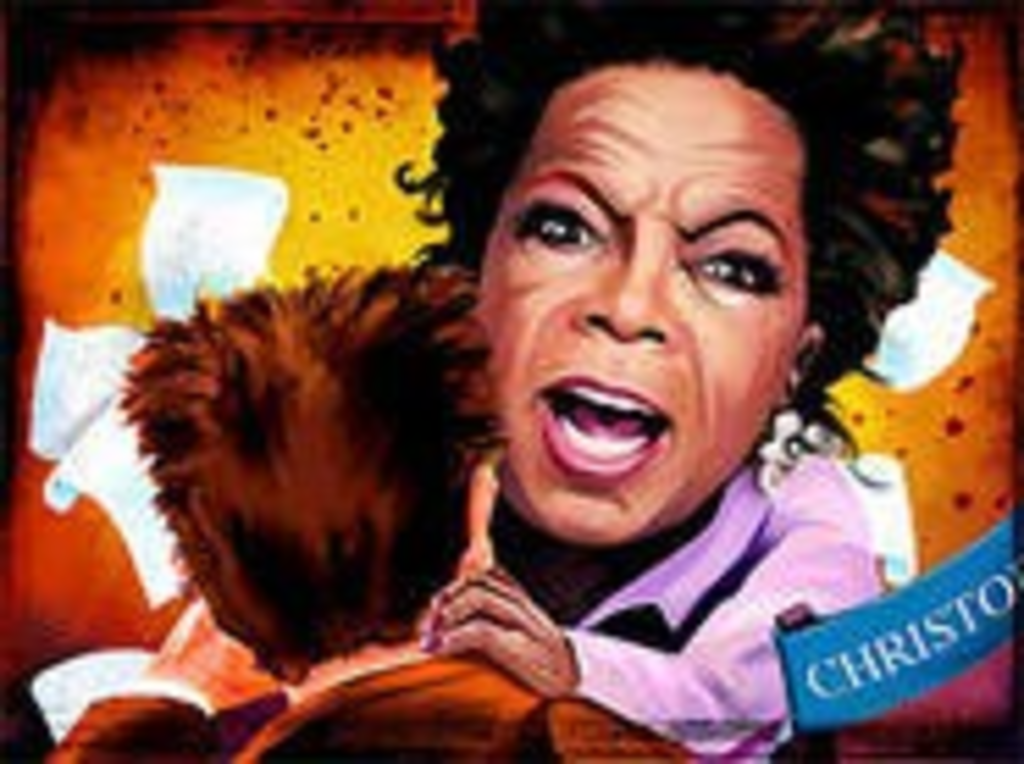 Following Jason Whitlock‘s recent performance on Oprah, the show has apparently decided to make regular guests out of columnists from The Kansas City Star. The Department of Burnt Ends has received a bootlegged copy of a taped show that hasn’t run yet. Here’s a transcript.

Christopher: Hello, Oprah. You look as lovely as a Jerry Mazer cheeseburger line.

Oprah: I have no idea what that means, but I like the way you think. [Crowd descends into catcalls.]

Christopher: Well, as Jerry Mazer himself says, I’d like a down payment on that.

Oprah: I still have no idea what you’re saying. [Nervous laughter from crowd.] But, people, today I want to talk about that Don Imus. [Crowd boos.]

Jeneé: I have what you call “good hair.”

Oprah: No. [Crowd does the wave.] What about you, old white man?

Gusewelle: It is springtime now, and it is now that my bird dog has chosen to sire a litter of puppies. Some are brown, some are chestnut, some are the color of marigolds. But with the same fervor, they all lick their own genitals.

Christopher: I once saw Jerry Mazer lick his own taint.

Jeneé: Can I talk about myself again, Oprah?

Oprah: I’ll give a new Pontiac to anybody who can shut this bitch up.

Jeneé: Did you know I get a series of phone calls and e-mails every day debasing my sexuality?

Gusewelle: One day, it was the summertime, with a pair of mockingbirds nesting in a crook of my front porch, when a woman remarked that I looked like Clark Gable. This stands in contrast, like shadows on a light bulb, to how I look today, which is comparable to a cottontail that has fallen into a wood chipper.

Christopher: I once French-kissed a man just to see how he tasted. Can you guess who it was?

Oprah: If you say Jerry Mazer, I’m going to throw you in that old white man’s wood chipper. You feel me? [Awkward cut to commercial as Oprah lunges forward.]

Whitlock on the big show: