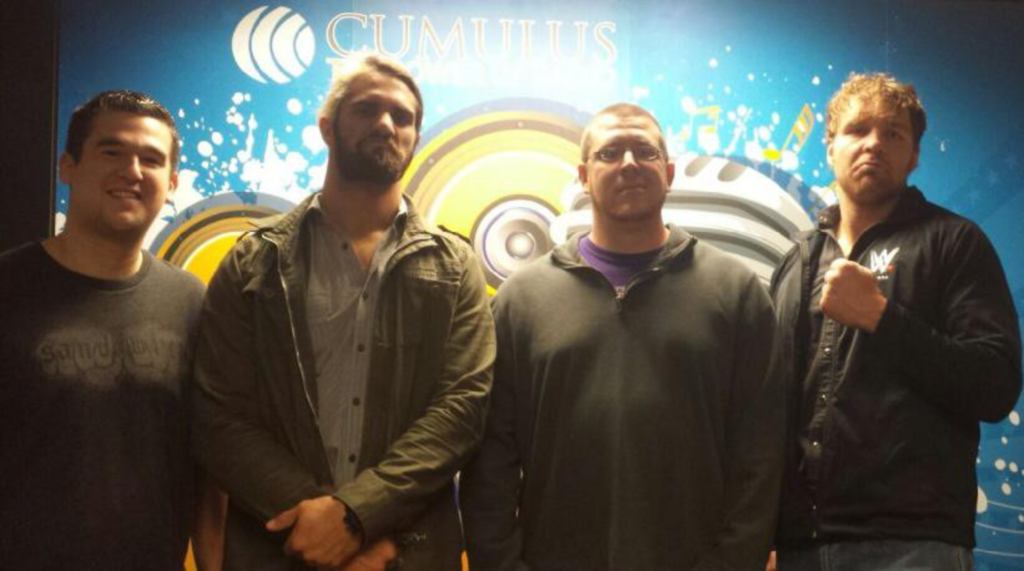 Night has fallen over Mission, with the only glow from the neon of chain restaurants and box stores. The old Mission Bank building, home to the Cumulus cluster of radio stations, is dark. Inside, the cubbies of radio stations, from 101 the Fox to 95.7 the Vibe, are all empty. All of them with the exception of a production studio. Inside, “T-Mac” Thomas McCulloch and “Captain Awesome” Tim Raynor are preparing for episode No. 79 of their pro wrestling podcast, the Spanish Announce Table.

But much like the cursed nature of WWE’s Spanish announce team, whose table is a magnet for mayhem, technical difficulties are stalling tonight’s recording. So the two have plenty of time to chat.

“Everyone loves Tim,” McCulloch says of the show’s dynamic. “I’m the asshole. They hate me.”

Hate may be a bit strong, although someone did create a T-Mac’s mom Twitter account. On the show, McCulloch is a bit of the bad guy. Take Cinco Preguntas, five questions posed to their guests. The final ask to their guests is a request to map out a storyline feud with T-Mac. Never was this more evident than when they posed the question to WWE superstars Seth Rollins and Dean Ambrose.

Rollins, who McCulloch and Raynor say was wearing the tightest jeans that either had ever seen, and Ambrose were at the station for a meet-and-greet. And, during the impromptu interview with the SAT, neither could stop making fun of T-Mac. Both former members of the Shield were aghast at the idea of wrestling T-Mac, let alone losing to him. Ambrose ended up playing along, saying T-Mac screwed up his order at Applebee’s, so he dragged him by the foot out of the restaurant and to the Sprint Center, where he destroyed T-Mac in the ring.

The interview with Rollins and Ambrose remains a show highlight. So do talks with local wrestler Jeremy Wyatt, artist Rob Schamberger and other WWE superstars Dolph Ziggler and Big E. 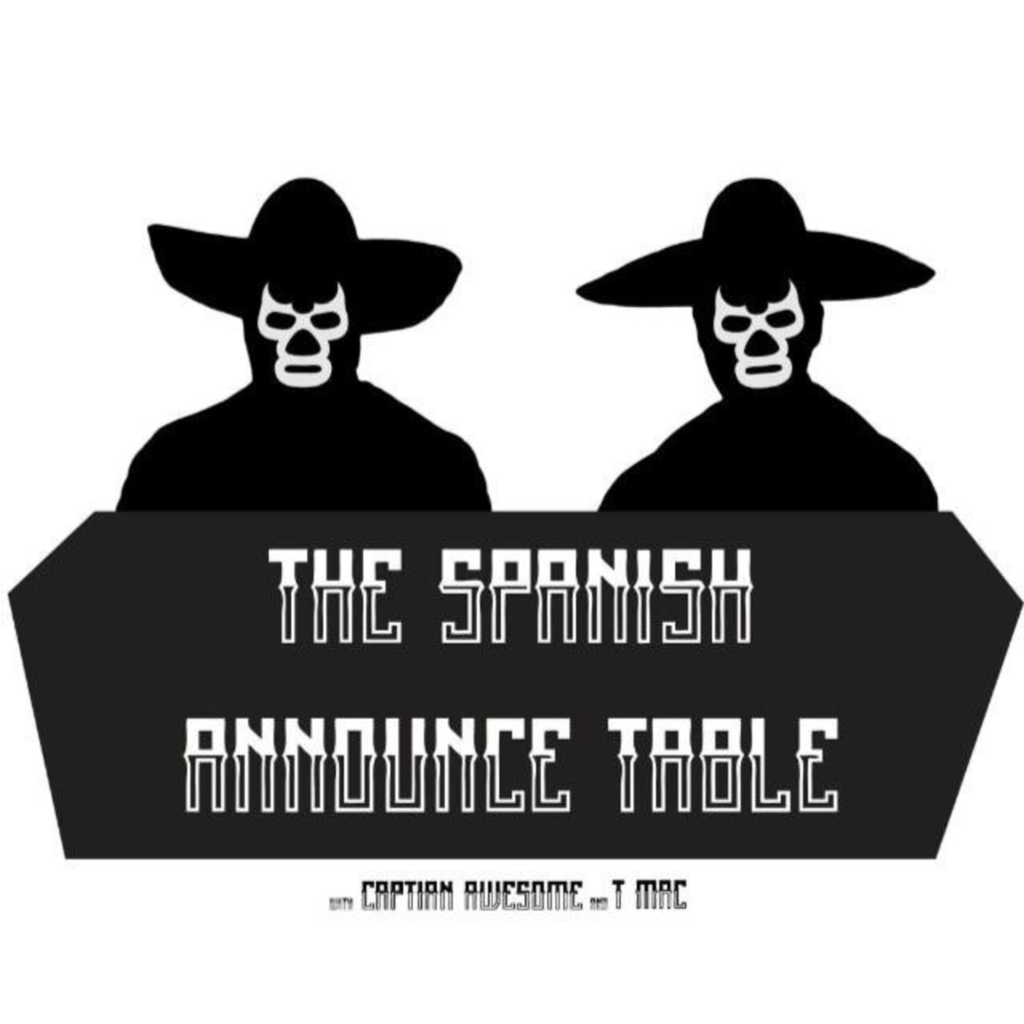 The Spanish Announce Table started in 2014. McCulloch was working on a local MMA radio show. Raynor, who isn’t an MMA fan, was the board operator. When McCulloch found out Raynor shared his love of wrestling, the two had a bit of a “did-we-just-become-best-friends” moment. But there was a feeling out process first. McCulloch says he wanted to make sure Raynor wasn’t a “goon.” Raynor felt the same way.

One night after doing an MMA show, Raynor joked that he’d like to see an MMA fighter go through the Spanish announce table. Both agreed that it would be great name for a podcast. Then the two had an epiphany: “We should do a podcast.”

The initial idea was to get the show on the radio at any time slot that Cumulus would give – midnight? 1 a.m.? 4 a.m.? — but when a higher up referred to the show as the “Mexican card table,” they knew it wasn’t going to happen. So they decided to do the show anyway, and without restrictions, they decided to make the show uncensored. So word of warning: The Spanish Announce Table isn’t safe for work. Raynor often starts the show off with a “fuck yeah!” And they drop four-letter words with a vigor that would make “Stone Cold” Steve Austin blush. Well, maybe.

McCulloch says being uncensored allows them to be more conversational. But he admits that they’d clean it up if the Spanish Announce Table could get a radio slot.

“If they wanted us on the radio, we’d drop that in a heartbeat,” McCulloch says.

McCulloch and Raynor meet in the production studio every Tuesday to record the show. They try to get it up on SpanishAnnounceTable.net by Wednesday and no later than Thursday. (Note: I’m this week’s guest.) 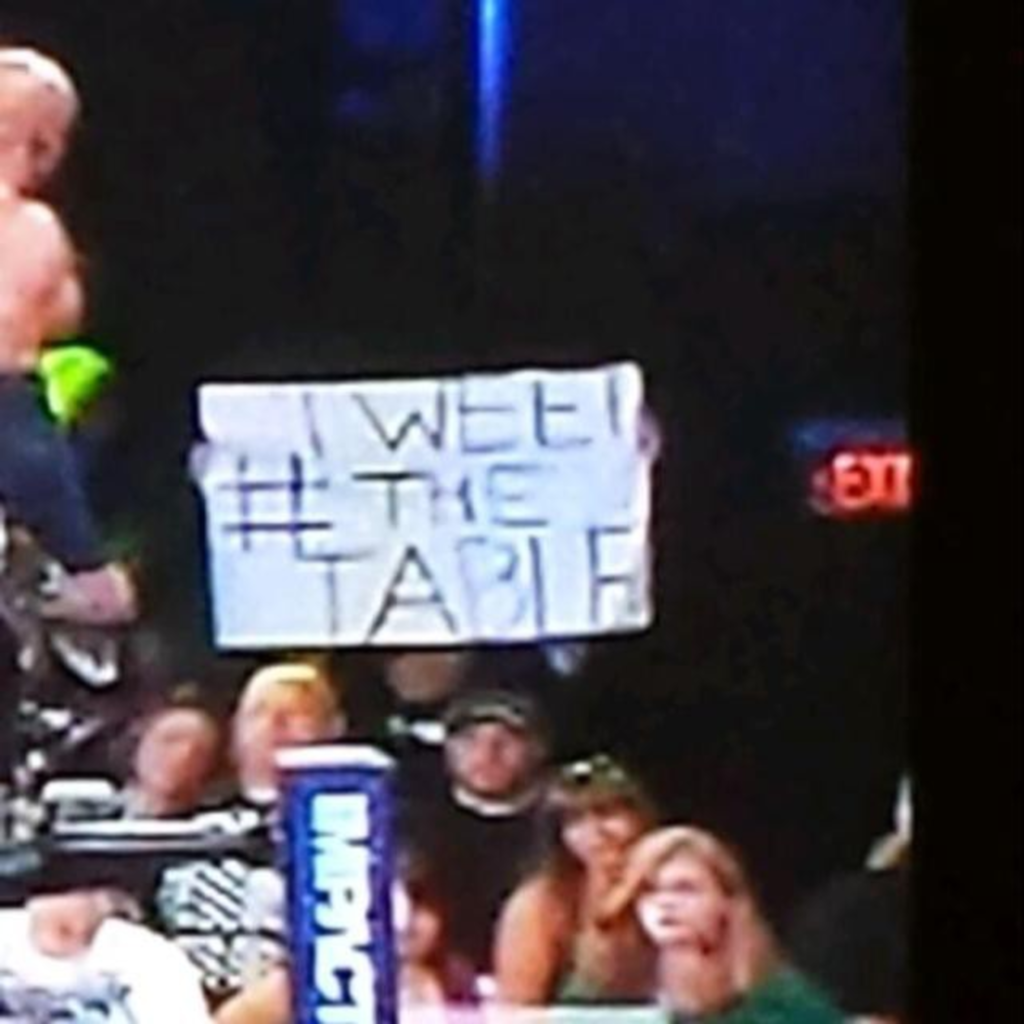 The final product is slick. Raynor has a deep, made-for-radio voice, and McCulloch has a natural charisma. And the two know wrestling. They grew up fans. Both were Hulkamanics.

McCulloch was so devoted to Hulk Hogan that he broke his wrestling action figures when the Hulkster became a bad guy and formed the New World Order in 1996.

Raynor remembers the moment his fandom began at 6 years old. His mother told him to look at the television screen as the Hulkster was talking smack about his WrestleMania II match with King Kong Bundy. “My mom probably regrets saying, ‘Hey, look at that,'” Raynor says.

“Only four or five people know of us in Kansas City,” McCulloch says.

So they’re planning on hitting local shows, such as Saturday night’s Metro Pro Wrestling matches at the Turner Rec Center in Kansas City, Kansas, to pass out fliers.

“I think we are the best podcast,” McCulloch says. “We’re original.”