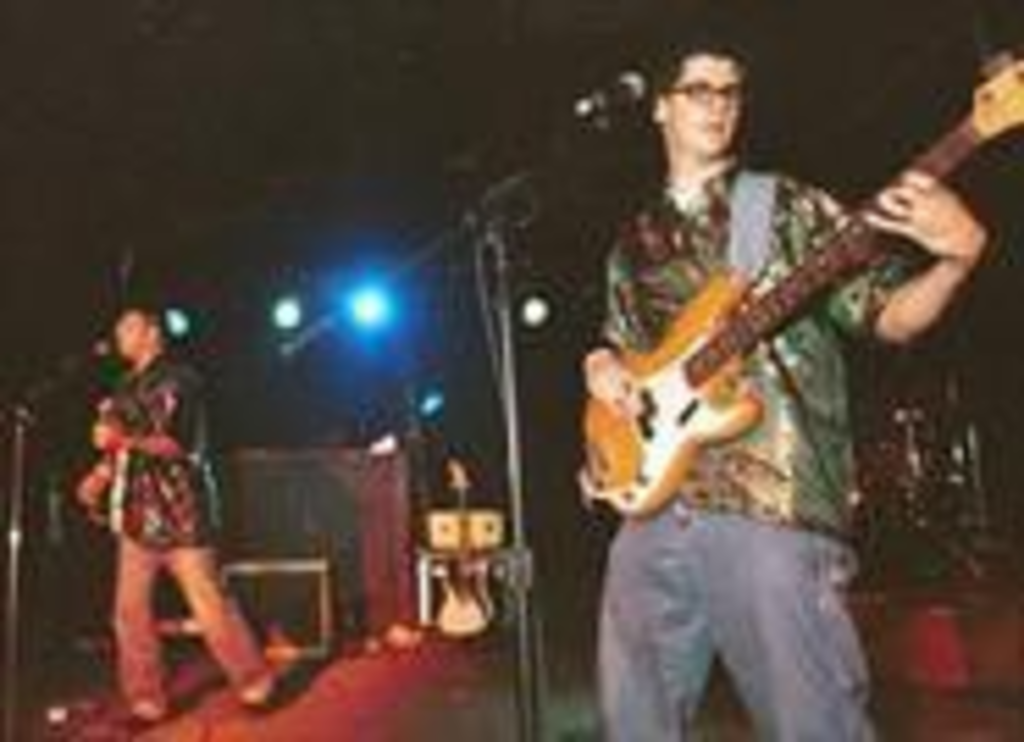 On the cover of their album Pioneers of the Intergalactic Frontier, The Silvermen appear as comic-book heroes whose look brings to mind the title of Clint Eastwood’s latest film, Space Cowboys. Clad in western garb and clear circular astronaut helmets and clutching guns, these artist’s renderings of The Silvermen seem prepared for attacks by bandits and martians alike. At The Bottleneck Wednesday night, the real live incarnation of The Silvermen had to face a dastardly fate — playing in front of a sparse crowd that had gathered in expectation of seeing the surprisingly absent Cretin 66. Fortunately, this trio summoned some superhuman strength and delivered a tight set.

Guitarist/singer David “Zoop” Coonce and bassist/vocalist William Brown, both of whom sported glitzy shiny shirts, traded off licks and lines in a smooth, engaging manner. The Silvermen ranged capably from rockabilly to blues to country to funk, with an alternative-rock band’s sense of soft/loud dynamics. Brown’s voice was high-pitched and quirky, bringing an ethereal quality to the low-key verses, while Coonce’s passionate growls paired nicely with the riff-powered choruses. At times, as on “Goes Around, Comes Around,” the two harmonized throughout the song, while The Silvermen’s Stevie Ray Vaughan medley (Coonce helmed a blazing, solo-filled version of “Voodoo Chile (Slight Return),” and Brown took charge of the bass-dominated “Superstition”) accentuated the differences between the singer’s styles.

Blending material from Pioneers with a few promising unreleased numbers, The Silvermen confirmed their status as one of the area’s most promising bands with a strong, well-sequenced live show that saw them add plenty of flair to their quality compositions. Because of some unfortunate circumstances, these spacemen landed on barren terrain, but their stellar performance should generate enough word of mouth to ensure that the next venue the group plays will be better populated.

Fanny: The Right to Rock documents harmonies and disharmonies that kept these rockers from getting their due