The Ruins: flying horses, a disco ball and a self-serve beer bar 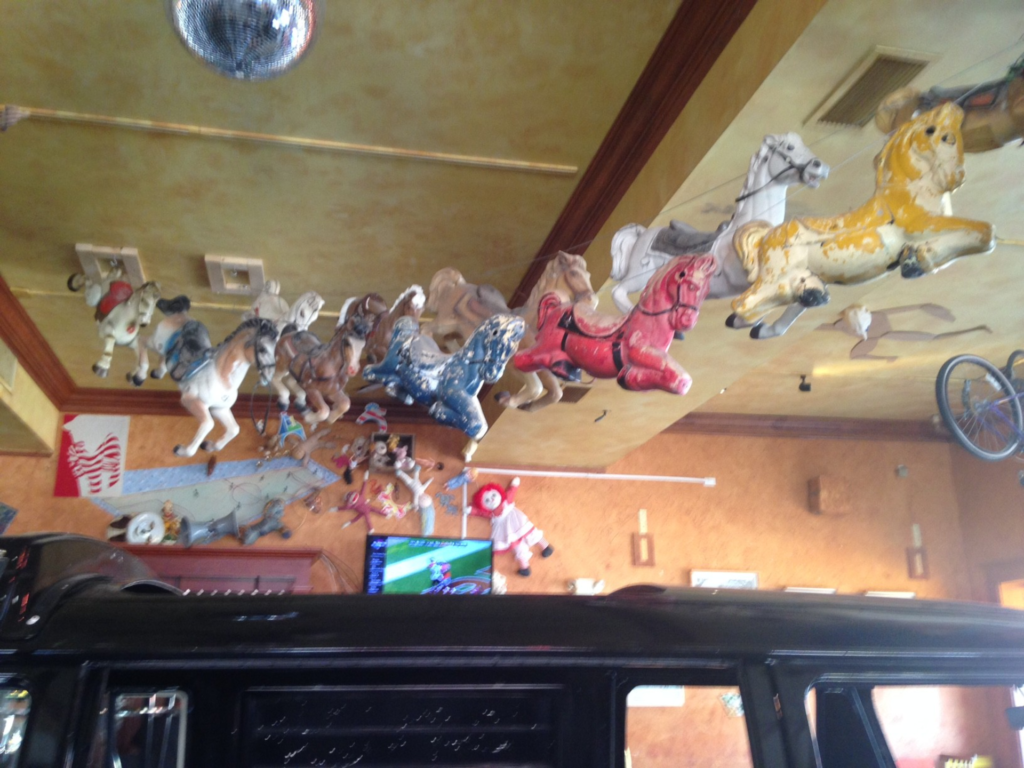 When Scott Kalwei finally opens the doors to the Ruins, at 1715 Main, tentatively at the end of September, the saloon will feature a self-serve beer bar with 40 taps. Kalwei says it’s the first digital self-help wall of taps in the metro.

Each of the taps has a computer screen and operates from a temporary card, the size of a credit card, and stops automatically after pouring precisely 32 ounces. Patrons can request a single card or a group card. The taps will feature mostly local craft beers, says Kalwei, although better-known domestic beers will also be on draft.

And if patrons don’t like sitting at one of the mismatched tables and chairs in the 90-seat saloon, at least six people can squeeze into a 1969 Volkswagen van — painted by graffiti artist dinkc — in the  center of the venue, the only private space in the building. It might be a little tight for six patrons to juggle a drink and food, but for two or three, it’s a party room. 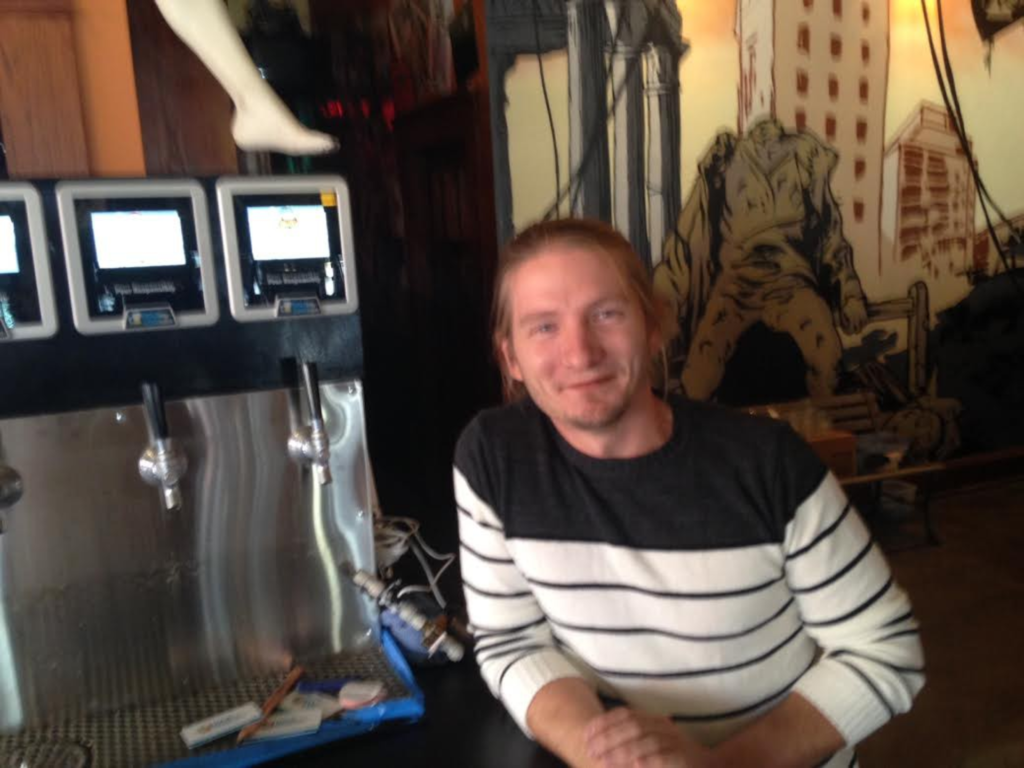 Kalwei and his staff, including general manager Kyle Taylor, have been doing much of the interior work on the bar themselves, with assistance from a variety of local graffiti artists. The space has a definite clubhouse sensibility. The question is, who will be cool enough to patronize this club?

Kalwei, 27, says he modeled the venue after clubs he patronized in Budapest. He tells me that, overseas, he was impressed at how these clubs “seemed to be in a state of disrepair” — hence the name for his nightspot, located in the former Bulldog lounge just north of Bazooka’s Showgirls.

The theme of urban decay is evoked by decorative items either found or bought at auction, including distressed carnival horses and a glittering, 1970s-era disco ball.

The food served at the Ruins is the work of chef Andrew Carter — formerly with the ill-fated Fran’s Restaurant in the Power & Light District. Carter says the menu includes the expected burgers and sandwiches, as well as sausage (made for the Ruins by Local Pig), a charcuterie platter, salads, starters and desserts.