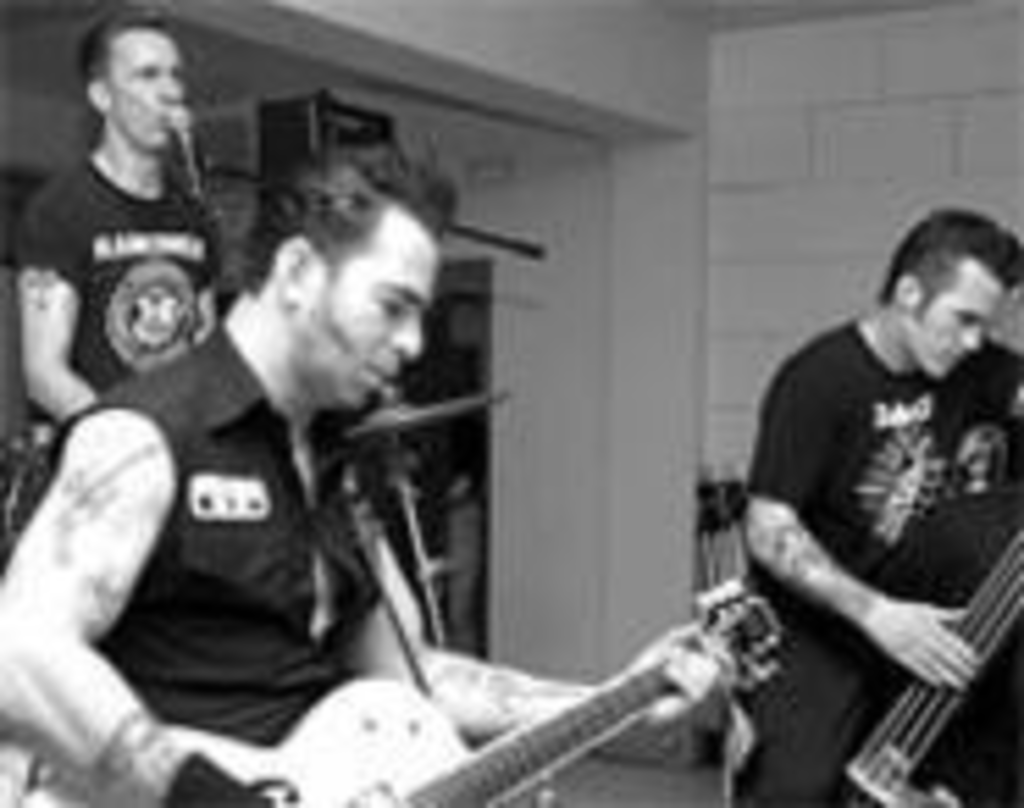 We recently caught Hilary Duff on MTV’s TRL — lay off, we were on vacation — and although the blond-haired, blue-eyed teenybopper finally owned up in June to her romance with Good Charlotte’s faux-punk Benji, she didn’t offer details. Duff, who performs at 7:30 p.m. Thursday at Kemper Arena (1800 Genessee, 816-931-3330), says she’s just a private person. But we think she’s afraid of alienating her fanbase (OK, their parents) if Us Weekly catches her with an eyeliner-wearing guy almost ten years her senior. Here’s hoping this wholesome girl, with her perfectly manicured hands firmly in TV, film and music, doesn’t go the way of Whitney Houston. — Annie Fischer

8/12-8/14
For the fourth year in a row, the E.M.U. Theatre crew brings a festival of original ten-minute plays to sleepy summertime Lawrence. It’s an impressive effort — squeezing all the pleasures we demand from a play into a shower-length narrative is awfully ambitious for a town with a college that isn’t exactly known for turning out graduates in four years. This year’s $6 show, Don’t Fear the Rooster, plays at 8 p.m. Friday and Saturday and 2 p.m. Sunday this weekend and next at the Lawrence Arts Center (940 New Hampshire, 785-843-2787). As usual with E.M.U., the show is for grown-ups — penned by folks from the neighborhood — and includes Leo Nightingale’s “Faust: A Sex Comedy” as well as “Blown Away” and “Too Far,” a pair of plays co-written by the indefatigable Jeff Sorrels. Also on-tap: live local music and, in the lobby, art by Heather Drefke, Josie Thorpe and Melissa Morrell. — Alan Scherstuhl

State of the Union

Shoot the boot Friday at Davey’s.

FRI 8/12
Bootleggers Union: Local 816 originated as a forum for two kinds of music: country and western. In the second installment of the series, however, rockabilly ruffians dominate the lineup. Cinematic conflicts often arise when tattooed-and-tank-topped greasers swagger into a dusty saloon, but Friday night’s bill celebrates the common ground between folks who ride cows and those who use them for leather jackets. Other than Pendergast singer Tony Ladesich, who opens the concert alone and acoustic, these acts pack more voltage than an electric fence. The Bad Ideas play high-volume honky-tonk, Gary Cloud brings his Boot Hill intensity to the Broken Onlys, Cowtown Playboys combine rural grit with a suave stage presence, and California band the Chop Tops evokes holy trios such as Stray Cats and Reverend Horton Heat. Davey’s Uptown (3402 Main) hosts the show, which starts at 8:30 p.m. Friday. Call 816-753-1909. — Andrew Miller