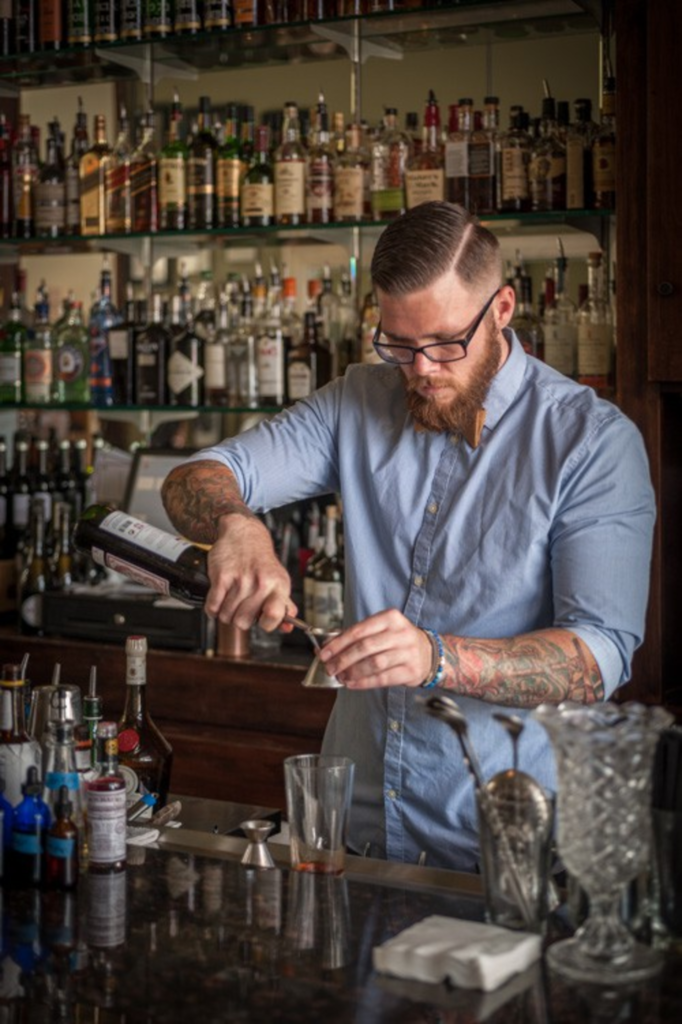 Anyone who has enjoyed a cocktail (or several) at the Rieger Hotel Grill & Exchange has probably grown accustomed to the friendly, bearded face of bartender Andrew Olsen. He moved back to Kansas City eight months ago, following a stint in Boston, and within two weeks was installed at the esteemed Crossroads restaurant. Now, Olsen is departing for a brand-new venue: Alex Pope’s Cleaver & Cork.

“I am extremely excited, because I want to prove to myself and to other people that this is something I can do,” Olsen says. “I get build my own bar program with my name on it. I like catering to people’s needs, and I want to do that on a grand scale.”

Olsen says that he’s already written the cocktail menu, which will feature five whiskey drinks, one gin-based, two rum, one with tequila and one with Mezcal.

“We’re definitely focusing on whiskey,” Olsen says. “That was kind of the biggest thing – we wanted to keep that theme from Maker’s Mark [Bourbon House & Lounge], but lose the Maker’s Mark name. And I feel like the menu is really approachable. I wanted to make things accessible.”

He continues: “We’re going to be in Power and Light, and I want to bridge the gap between the crowd that I know and love at the Rieger and the young professional crowd that’s looking for a place more approachable than the Rieger. I think sometimes people hear about the Rieger, and they think it’s going to be expensive, but they’ve never been. If they went, they’d find out about the passion and drive that goes into everything there. I want to bring that to the downtown area.”

Olsen’s final day at the Rieger will be during the week following Valentine’s Day. Cleaver & Cork is slated to open on Thursday, February 26.

“I’m a little nervous, because I’m leaving a restaurant that I love, and I love everyone that works there,” Olsen says. “A month after the offer was sort of introduced, it turning into me having a conversation with Howard [Hanna, co-owner and chef at the Rieger] and Tony [Glamcevski, the Rieger’s general manager], and they left the room and I got all choked up and shit, because these are guys that I truly, truly love. So it’s a little sad, but it’s also really exciting.”