The Rainmakers, Unfit Wives, Madisen Ward and the Mama Bear, and more of the latest in local music videos 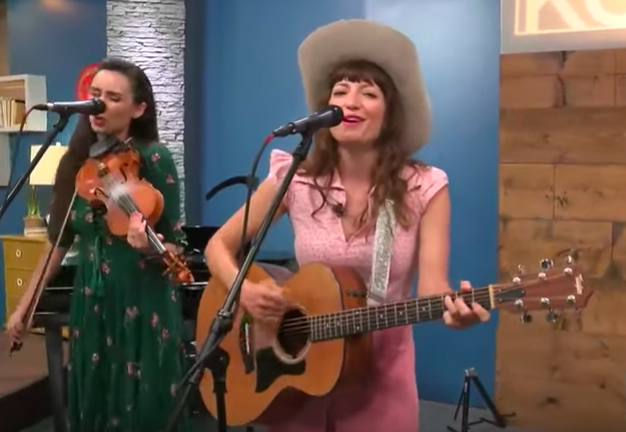 The alt-rock of Alice Sweet Alice, the Get Up Kids’ emotional pop-punk, Broken Arrows’ classic power pop, and a bunch of live performances: It’s your monthly dose of Cine Local.

Alice Sweet Alice, “Behind the Glass”

Liza Jean, the singer of Kansas City alt-rock band Alice Sweet Alice, reached out to share this video for the band’s first single from its forthcoming concept album, Circus Maximus–The Modern Bloodshedding. Given that the band’s named after the classic 1976 nasty little horror film starring Brooke Shields, I was sold before I’d heard or seen anything. But the gothy number is pretty catchy, with some eye-catching visuals.

As Liza Jean wrote in her email, “The album itself is about the experiences (both bad and good) that we as humankind experience as a result of the internet and the myriad of new ways to interact with each other that it brings, [and] ‘Behind the Glass’ as a song in particular is about the facades we put up online, either to protect ourselves or to project an idealized version of ourselves to the world at large; it’s a reminder that what we see isn’t always what’s reality.”

Look for the album sometime in October.

The Get Up Kids, “Salina”

Directed, shot, and edited by Shawn Brackbill, “Salina” is the third video from the Get Up Kids’ latest album, Problems. This glorious bit of 16mm film was shot at Lawrence’s historic Union Pacific Depot, which was built in 1956. Much like the video for last year’s “Better This Way,” off the band’s Kicker EP, the clip for “Salina” features quite a few familiar Lawrence faces, along with some trains passing by. It’s melancholic and pretty, much like the song itself.

This number off the former BR5-49 frontman’s latest for Plowboy Records, Close to Home, is probably my favorite cut on the record. It’s rollicking, kinda naughty, and name-checks Lawrence exotic dancing emporium The Flamingo Club in its first line. This live cut, recorded in Memphis for DittyTV, is a little more boogie-woogie than the album version, but it’s still damn fine.

Broken Arrows’ guitarist and vocalist, Barry Lee, recently got himself a decent bit of film-editing software, so the band’s trove of live performance videos have been finding their way online over the past few weeks. Here’s the band’s second song of its first-ever live performance, part of a Neil Young tribute at Davey’s Uptown in December 2014. It is, appropriately enough, a cover of Young’s “Time Fades Away,” and the power-pop rockers do it justice.

Broken Arrows play the Brick with Majors & Generals on Friday, August 23. Details on that show here.  You can snag its latest music, “Behind the Eight Ball” b/w “Shroomitized,” as part of the Big Stir Digital Singles series.

If you’re from Kansas City, you’ve likely heard the Rainmakers’ “Let My People Go-Go” at some point. For those of us raised on a steady diet of KY102 in the ’80s, the song was omnipresent and, along with “Downstream,” made the Rainmakers’ self-titled 1986 LP a must-have for any fan of local rock and roll. But it’s unlikely you’ve ever heard the song performed quite like this. Last month, the band played its last-ever European show, in Norway’s Langfjæran Arena, and for this number, the members were joined by the Ad Lib Horns and the Røra Songlag choir.

Unfit Wives features two members of the lamentably gone Lawrence bluegrass quartet Sugar Britches, half of the cosmic western duo Jenna & Martin, and a former member of the jazzy blues big band the Majestics Rhythm Revue. That’s one hell of a pedigree, and it’s no surprise that the group’s “hot licks, lyrics, and feisty four-part harmonies” have rapidly elevated Unfit Wives to one of Lawrence’s top draws. Here’s the band doing a brief interview on KSHB’s Kansas City Live! program, as well as performing “Love Having Company,” from Jenna Rae’s album, Workin’ Woman.

Unfit Wives play the Replay with the Roseline on Friday, September 6. Details on that show here.

Madisen Ward and the Mama Bear, “Started With a Family”

Madisen Ward and the Mama Bear just launched a YouTube channel, and with it comes this brand-new song, recorded live at Blackbird Studio in Nashville on May 31. The song’s almost a capsule history of how Madisen and Ruth’s astonishing musical project came to be, and like all the duo’s music, it’s captivatingly beautiful.