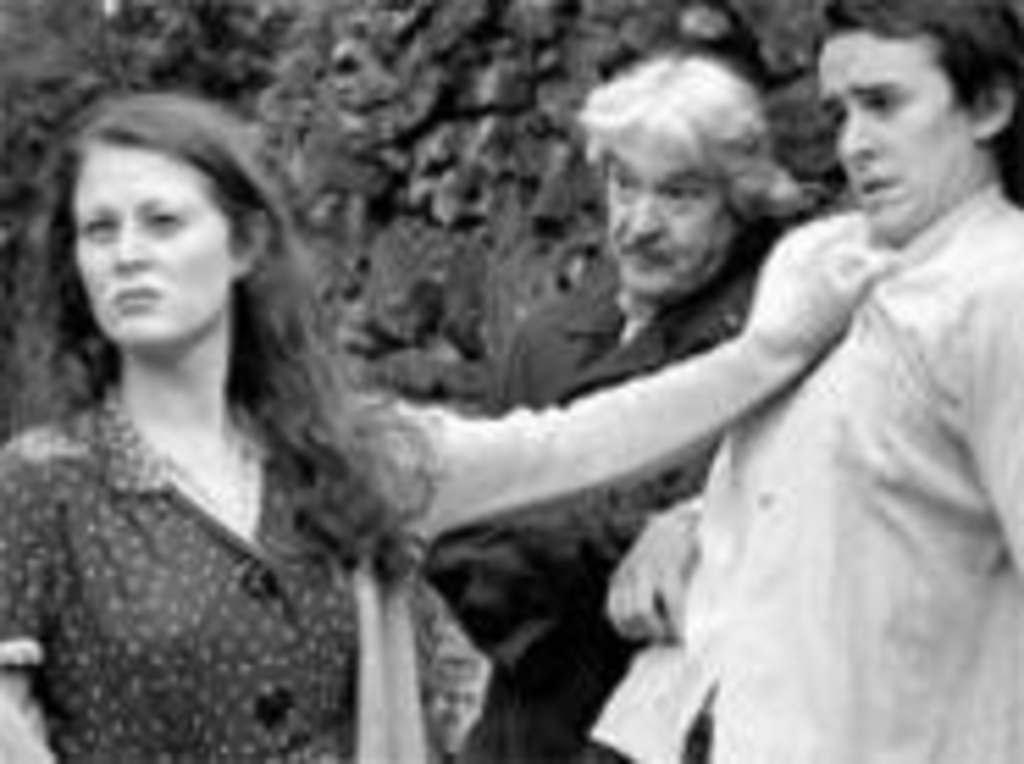 The loudest buzz of the New York theater scene right now centers on Irish playwright Martin McDonagh and his exhilarating The Pillowman. Many audience members have walked out, and people who have sat through it until the end — staying with the scenes of violence and torture inflicted upon children — are wearing the experience like a badge.

Substantially less visceral is The Cripple of Inishmaan, an earlier McDonagh play that’s no less masterful in asserting his gift as a colorful storyteller. It opens this weekend, kicking off the premiere season of Kansas City Actors Theatre.

The company is the brainchild of several local theater professionals, including Gary Holcombe and Mark and Elizabeth Robbins, who could — and have been known to — ply their trade in theater capitals all over the country. Another founder is Jim Mitchell, who is working behind the scenes as production manager.

Mitchell discovered The Cripple of Inishmaan last summer at Colorado’s Creede Repertory Theatre. Though it had an acclaimed run at London’s National Theater several years ago, the play hasn’t often been produced on these shores. It’s part of a trilogy of McDonagh plays — the Unicorn staged another, The Beauty Queen of Leenane, a few seasons back — set in a particularly bleak landscape. In tones both witty and sad, Inishmaan artfully details what happens to the residents of a remote coastal island when Hollywood comes knocking.

“After seeing the reading of it, I came back and said to everyone involved, ‘You’ve got to read this play,'” Mitchell tells the Pitch. “The characters are fascinating. And as fun and funny as the play is, McDonagh has this deep, dark side.”

As for the company, Mitchell says the principals first discussed the idea of an “artist-led and artist-driven” theater all the way back in January 2004.

“But,” he says, “it’s something that’s needed to happen in Kansas City for a long time.” In fact, the new project stands to be the most exciting development in Kansas City theater in years.