The 70s-set horror film features ghosts in a haunted hospital. What’s not to love? 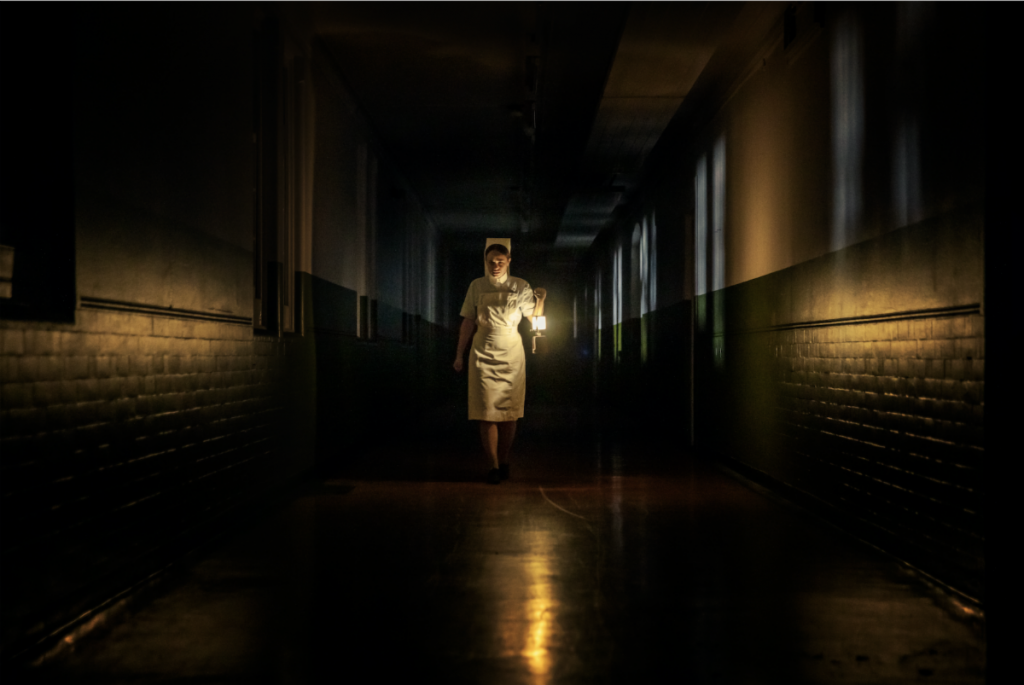 The hallmarks of a satisfying horror movie vary depending on your personal proclivities. However, there are a few elements that’ll make just about anyone happy: haunted hospitals, social consciousness and a creepy ghost with a memorable name (extra points if said specter is a child). Corinna Faith’s The Power (currently streaming on Shudder) has the trifecta, as well as the good taste to be set in 1970s England, easily one of the genre’s creepiest decades and locales. The film’s social messaging aspect feels a little clunky at times, but it’s otherwise tight, freaky fun.

Valerie (Rose Williams) is a trainee nurse at an East London hospital in 1974. After running afoul of the overbearing matron (Diveen Henry), Valerie is put on overnight duty, a particularly unpleasant gig, as the city is experiencing nightly blackouts and Valerie has a crippling fear of the dark. During Valerie’s shift, she encounters terrifying supernatural activity to the disbelief of her fellow nurses. The ghost responsible—a murdered child fantastically named Dirty Gail—is the victim of a hospital cover-up, and it’s up to Valerie to get to the bottom of it before her patients experience fatal consequences.

The mazelike nature of the hospital and its stark period trappings lend The Power an instantly unsettling atmosphere that never lets up. The low light in both daytime and evening scenes provide plenty of shadows to hide both ghosts and equally creepy living individuals. In addition to the 1974 blackouts providing a cool setup for a ghost story, the aesthetics of Faith’s film also conjure up images of Hammer and Amicus horror films, so even the benign scenes have a discomforting air.

Once things take off, that uneasiness effectively explodes into full-on horror, communicated with exhausting dedication by Williams. As the meek Valerie, Williams makes a great conduit for the character’s growing fear and desperation, and hides an inner strength that comes out swinging in the final act. This is a physically demanding role that incorporates possession-induced seizures, violence and self-harm. Williams sells each of those aspects, as well as underlying flashes of terror as Valerie realizes what’s happening and tries to regain control of her body.

As might be guessed from the title and the movie’s female protagonist, The Power’s title has a double-meaning. There’s a thread of abuse and the long-term ripple effects of victimhood that thread throughout the story, though these elements are less effective than the movie’s scares. It’s extremely unsubtle, and the eventual big villain reveal, while still the right choice to make, isn’t very surprising. Given the slow-burn fireworks we’ve been privy to, the final conflict also feels a little underwhelming, as do the movie’s final shots.

Despite a shaky dismount, The Power is still an effective atmospheric experience. Faith builds a world that’s fascinating to spend time in, with a creepy story and characters that establish and power the movie’s central conflict, and suggest there’s even more going on here than we know. It has all the pieces it needs to provide the necessary thrills and chills, even if in the end, the execution is less than perfect.

The Power is streaming now on Shudder.