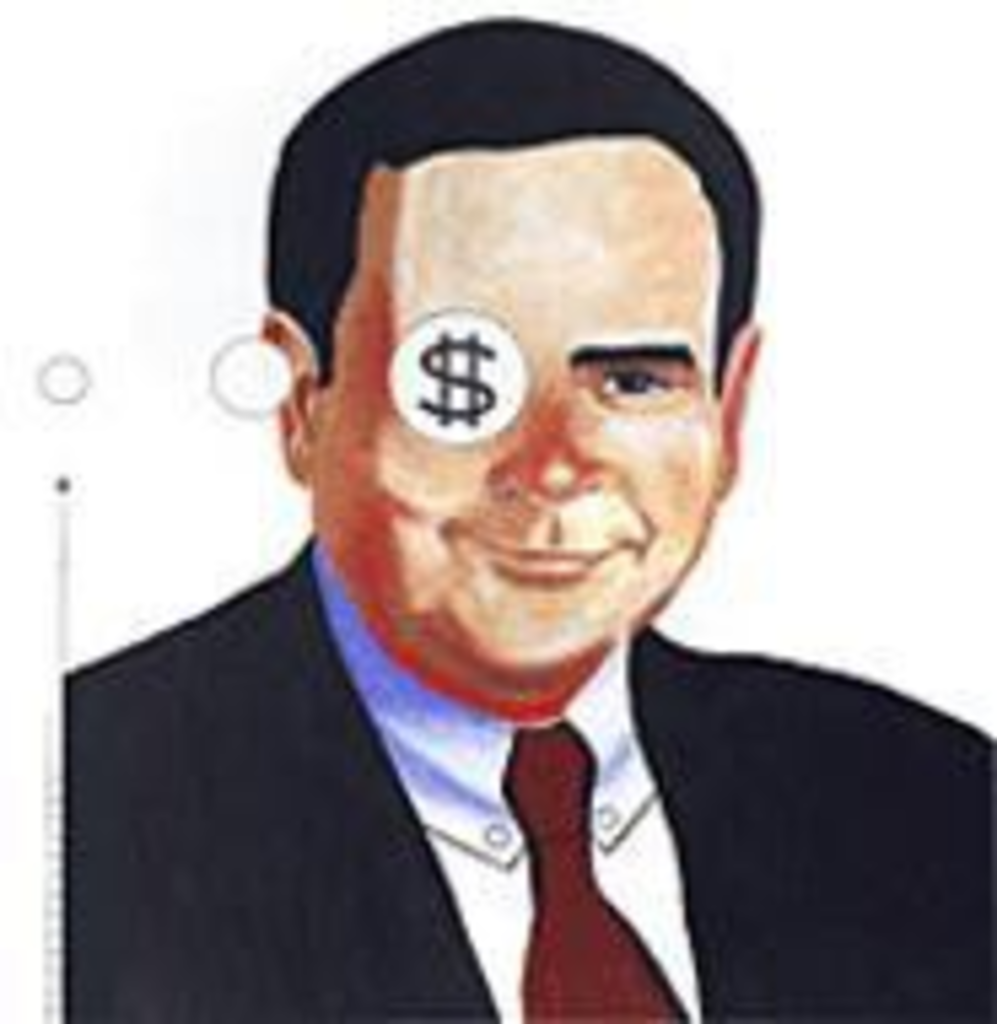 On Monday, March 4, when Highwoods Properties announced that it was scrapping its plan to tear down the Plaza’s Park Lane apartments, it looked like a victory against business as usual in Kansas City.

Nearly everyone was sickened by the idea of leveling the quaint old building, especially since recent Plaza construction has allowed such highly unique additions as a bigger Gap. Few people saw any value in kicking all sorts of people out of their decently priced apartments so that the Blackwell Sanders law firm could abandon one tax-abated building at Union Station for another tax-abated building on the Plaza. The deal was plainly, outrageously, on-the-face-of-it wrong (and Casey Logan’s cover story this week details the not-so-obvious reasons why it reeked). Highwoods was facing a hostile audience even at tax-break-happy city hall, where on March 6 the city council’s Planning and Zoning Committee was slated to consider Councilman Jim Rowland’s resolution condemning Highwoods’ plan.

“Highwoods took a look at the political winds on this one and, after talking with a number of members of the city council, it appeared that the focal point was going to be not on the process and the merits but on the politics of it,” says Mike Burke, a development attorney Highwoods had hired to escort the plan through city hall.

The “merits” of that plan (we give Highwoods a $12.8 million tax break; Highwoods gives us more free parking so we can spend more money on the Plaza) certainly were debatable. And the “politics of it”? Highwoods officials were quick to blame politicians for “impeding” the usual development process. But Mike Burke’s own involvement says a lot about politics, too.

Barry Brady, CEO of Highwoods, hired Burke because he couldn’t very well use his regular law firm (that would be Blackwell Sanders, whose name was a little soiled in this particular instance).

And Burke knows how to work city hall — he used to be a city councilman himself, from 1983 to ’87. These days he makes his living with the King Hershey law office, which does an awful lot of business with the city. Burke’s cut of that business comes from representing the city’s Port Authority, which, among other duties, oversees development along the Missouri River. Since September 1999, he has been charging a gentlemanly $150 an hour to do the city’s riverfront legal work.

The Port Authority is part of the city’s Economic Development Corporation, a quasi-governmental agency that gets about $1 million directly out of city hall’s budget. The Port Authority gets its own operating income mostly from rent the city collects from casinos; while those aren’t tax dollars, they are public funds, says Andi Udris, head of the EDC.

So every time Mike Burke submits a bill for his work on Port Authority business, it’s essentially the people of Kansas City who pay. We pay every time Burke meets with Mayor Kay Barnes or her chief of staff, Joe Serviss, or city council members about Port Authority business. We pay him to attend meetings of the council’s Planning and Zoning Committee. We pay him for the time he spends blabbing with reporters from The Kansas City Star. We paid for his $72 lunch with Representative Henry Rizzo at the American Restaurant last July 11 and for his $143.85 lunch with an unnamed client at Pierpont’s last July 25. We’ve paid Burke’s firm more than a quarter of a million dollars since the fall of 1999.

When it comes to taking care of the city’s business along the banks of the Missouri River, we trust Burke to act in our best interest. But when it came to tearing down the Park Lane apartments, he was prepared to act in the interests of Highwoods Properties.

If the Park Lane plan had passed the city council, Burke would have then hustled it before the city’s Tax Increment Financing Commission. At least he knows where the TIF office is: It’s in the same suite as the Port Authority’s office at the Economic Development Corporation’s headquarters downtown on Petticoat Lane.

Burke says there would have been no conflict of interest. The Port Authority (where Burke works for the city) and the TIF Commission (where he would have been Highwoods’ harlot) are distinct agencies. “They have separate boards, and they each have their own attorney,” Burke says.

Just to be extra safe, back in the mid-’90s, when his firm began representing EDC agencies in addition to private clients that might have business with other EDC agencies, Burke says, “We asked for and got from the Missouri Supreme Court’s chief disciplinary counsel a ruling on whether that is a conflict of interest. It is not.” What Burke’s firm actually got was a 1995 “informal advisory opinion” in which Chief Disciplinary Counsel John Howe says that the arrangement generally doesn’t sound like a conflict of interest. But that opinion is nonbinding, says Sara Rittman, deputy chief disciplinary counsel. “Ultimately if some issue got into court one way or another, what we’ve said can’t be cited as precedent,” Rittman says. “It’s not like an opinion from a court.”

As Burke considers taking on future assignments, there’s another opinion he might want to consider.

“I operate by three rules,” Burke says. “Is it legal? Is it ethical? And what’s it look like on the front page? I’m satisfied on the first two. You’ll figure out how the third one looks. Be kind.”

It may be legal, and it may be the way business gets done around here, but I’m sorry, Mr. Burke, I couldn’t be kind. It’ll take too long for the stench to wear off of this one.