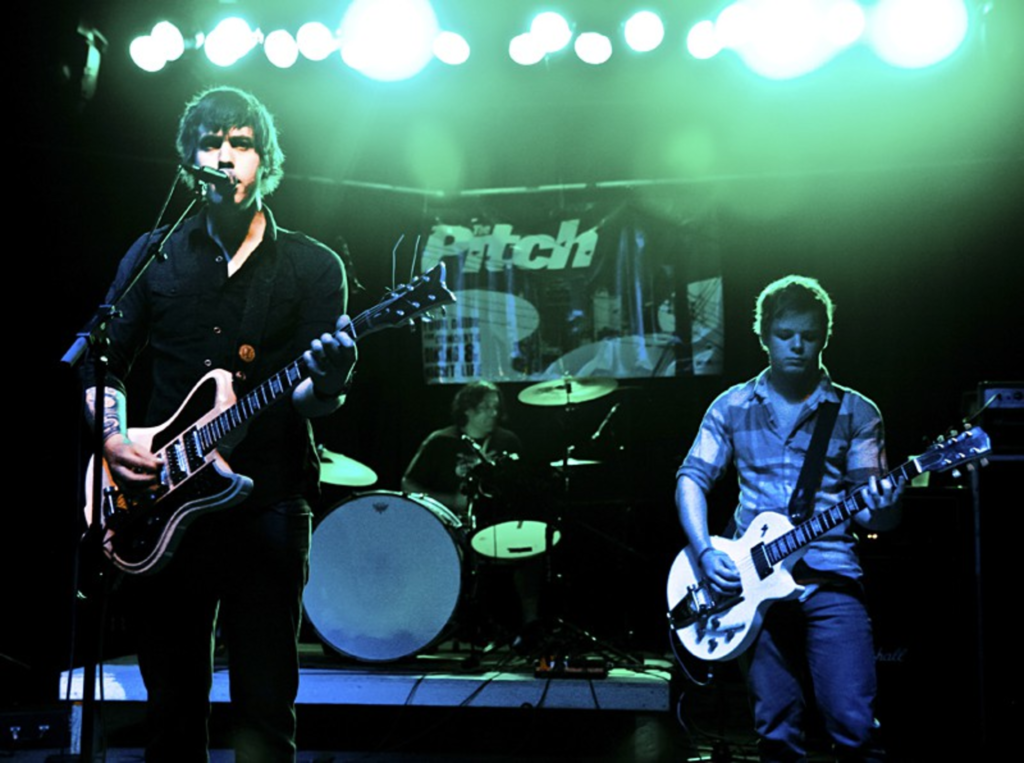 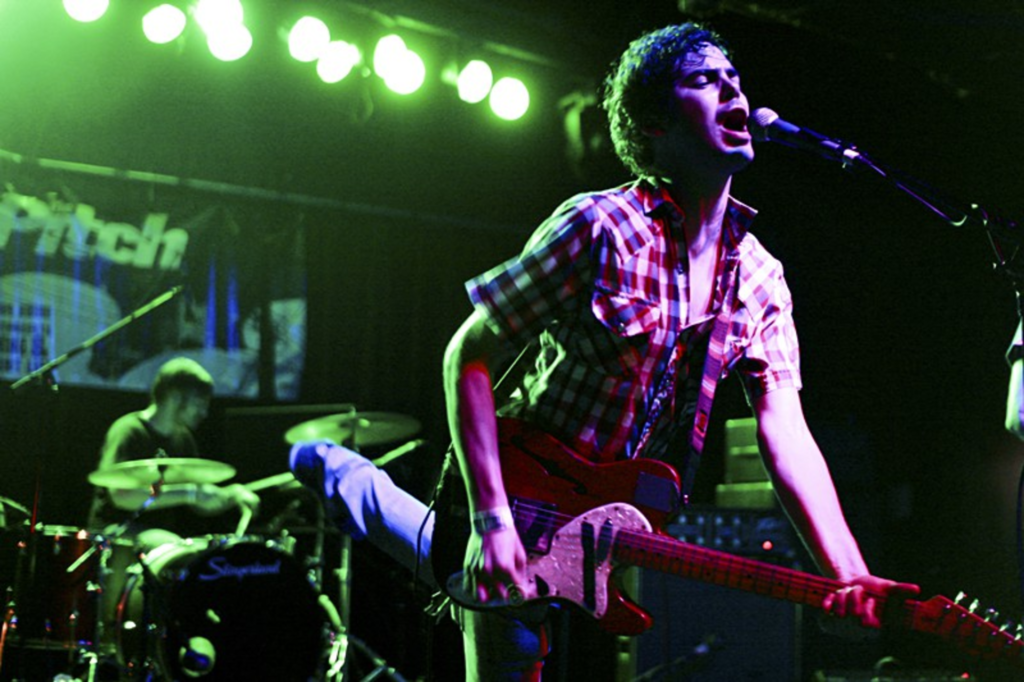 I have an admission to make: The Pitch Music Showcase this year was my first rodeo. Was I prepared to catch all 35-plus acts that we’d packed into Westport for a single night?

Duly caffeinated, laced into weathered Chucks and armed with notebook, pen and camera, I believed I was ready to take whatever some of the finest musicians in Kansas City and Lawrence could whip my way.

I am music journalist. Hear me roar.

I may not have seen them all that night — really, who could have? — but as I threw my crumpled itinerary to the wind, I found a rich cross-section of the local scene throbbing in the heart of Westport, aching to be heard. And hear, I did.

Margo May stood within feet of several event entrances, stretched high on her tiptoes to peek at the gathering crowd in the parking lot shared by McCoy’s, the Foundry and the Riot Room. The folker’s childlike voice, haunting even at the early, still-light hour, echoed throughout Westport, and her unadorned, ambling guitar offered a fresh, unrefined appetizer of what would follow.

With headphones askew, Sam Billen kept candy-colored, translucent melodies floating over slick instrumental arrangements as he strummed inside the air-conditioned respite of McCoy’s. His MacBook-backed live show spoke not only to the bedroom-pop composer’s love of Ben Gibbard but also to his meticulous dedication to detail. Either way, the family chomping on fries to his left unwittingly got a solid education in local music — and seemed to love it. “Did you like that? Was that too weird?” Billen asked the crowd, smiling. Too weird? No way.

Back at the Riot Room, the foot-stomping, tambourine-rattling Grisly Hand deployed fiery fiddles, bass-thumping beats and the sheer force of Lauren Krum’s piercing howl. The clammy, skin-crawling heat festering inside the Riot Room all night was powerless against the group’s infectious energy. “This song is about drinking at work,” Krum announced, before shaking down her sweaty hair and intoning under her breath, “Fuck it.”

Weaving, slipping and elbowing my way across the Riot Room’s patio, I got a quick glimpse of Dutch Newman’s set. His rabid attack on the mic had hips bumping, hands in the air, and a bunch of high-heeled women pounding shots. Lookin’ good.

Hidden Pictures’ set masterfully toed the line between adorable pop and the saccharine danger of cuteness. The band served up a series of tunes chock-full of gleeful harmonies and effortlessly catchy melodies, courtesy of front couple Richard Gintowt and Michelle Sanders. “We’re all jacked up on Roaring Lion,” Gintowt joked, as he gave medals to two members of his band — it was their last show together.

I took a peek at the end of 77 Jefferson’s set and witnessed a throng of glittery girls and polo-wearing dudes throwing up devil horns after each sunny, ganja-infused reggae jam. I spotted Howard Iceberg clapping his hands along to a couple of tunes.

Here’s something I didn’t know about Oriole Post: The folk band is full of pretty people. Lead singer Rachel Bonar, on top of having exceptionally awesome bangs, has a voice that’s a bit reminiscent of the Be Good Tanyas’ sweet quaver. Oriole Post’s set was marred by a few mic squeals, but this is a group I’d love to see again without worrying that I’d elbow a sandwich out of someone’s hands.

“I think I missed the vein,” I overheard a kid say, as he held out a bruised arm for his friends to inspect. I slipped out the door.

Next up: Latin indie-pop act Making Movies and a set greeted by oohs and aahs from the Beaumont Club’s female population as they watched Enrique Javier Chi swing his dreadlocks. (The band would have been captivating even without the attractive frontman.) One couple in the crowd — she was tall; he was short; both were drunk — danced a hybrid salsa-swing. As “Libertad” ended, the man fell backward onto the floor, his limbs splayed.

This was a feeling I could identify with. I was fading fast. And so, it appeared, was the crowd. The exodus that followed Making Movies’ set left a sparse — but devoted — crowd to witness Rooftop Vigilantes’ punky pop-rock.

But what better way to end the night than to hear one of Lawrence’s legendary live acts kill its set. Though the Beaumont’s walls vibrated with a Twilight Zone of muffled sound, the Vigilantes’ fast and furious tunes were the cherry on top of the Showcase’s schizophrenic sound sundae.

Actually, that’s a lie. The cherry was the panoramic snapshot of Kansas City. Hearing a woman yell, “Don’t leave me alone — come fuck me!” Seeing dozens of people, slumped against walls and heaped on sidewalks, drunkenly munching on slices of Joe’s Pizza. The chick giving a guy a high-five and saying, “You’re a Gemini! That’s why we’re best friends!” The couple taking pictures of themselves making out on the roof of their Ford SUV, all of its doors open.

Kansas City, you can be such a shitshow. I love you.