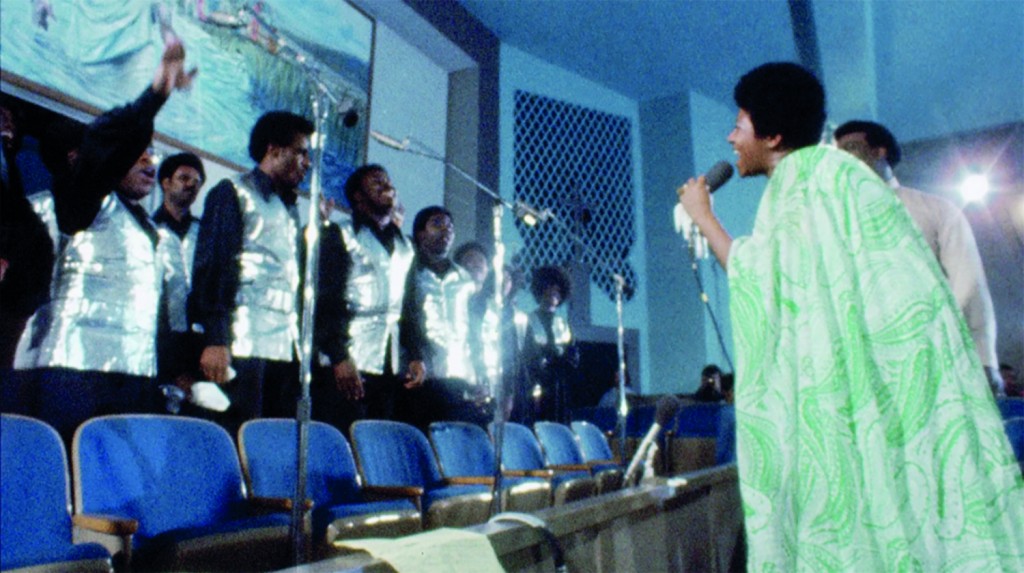 Now that COVID restrictions are lifting, you may have noticed Kansas City’s live event calendar has come back with a vengeance. There are loads of good shows coming up between now and the end of the year, both at outdoor and indoor venues, and even more on the way.

However, having spent most of the last 18 months in limited company and highly sanitized settings, it’s understandable if you’re not yet ready to mix with throngs of sweaty strangers standing closer to you than you’d like. Even if you’re fully vaccinated and ready to jump back into your active social life, knowing what we all now know about the spread of germs makes a night of nonexistent personal space and a miasma of bodily fluid feel less than appealing right now. What’s a live music lover to do?

If you’d like to ease your way back into the scene, checking out a good concert film may be just the thing to get you hyped up and ready to get back out there. Remembering the collective energy of a great live show, and the many unique characters you encounter at a venue might just help you feel excited to rejoin enthusiastic crowds, brave the concert claustrophobia, and feel like you’re part of something again.

This month Hulu released Ahmir “Questlove” Thompson’s outstanding concert documentary Summer of Soul (…Or, When the Revolution Could Not Be Televised) about the 1969 Harlem Cultural Festival, a concert series that showcased a wide array of POC musical talent. We reviewed the movie as part of our True/False film festival coverage in June, and it’s an awesome place to get started on your cinematic concert journey. If you’re hankering for more concert docs after watching Summer of Soul, here are a few others to check out.

Amazing Grace is a long-lost concert film that made it to completion seemingly through sheer force of will. The companion to Aretha Franklin’s live album of the same name was originally shot by Sydney Pollack, who didn’t use clapper boards when filming Franklin’s two shows at L.A.’s New Temple Missionary Baptist Church, making the audio and the footage difficult to sync up. Filmmaker Alan Elliott used his own money to buy the film back from Warner Brothers in 2007 to finish the job.

Franklin takes us to church (literally) in a small, unassuming sanctuary that’s full of everyday folks and famous faces alike. Mick Jagger and Charlie Watts show up for a bit. The pews feature a lone awkward white guy, a woman with her hair in curlers, and a lady in a majestic floppy hat who comes in late, but clearly doesn’t care. At one point, an older lady filled with the spirit makes her way up to the stage. Pollack, directing from the crowd, looks vaguely concerned, unsure what’s going to happen next. Aretha—the reason we’re all here—has the stamina and energy of an athlete, belting and sweating on stage while guests and backup musicians rotate through like relay racers. 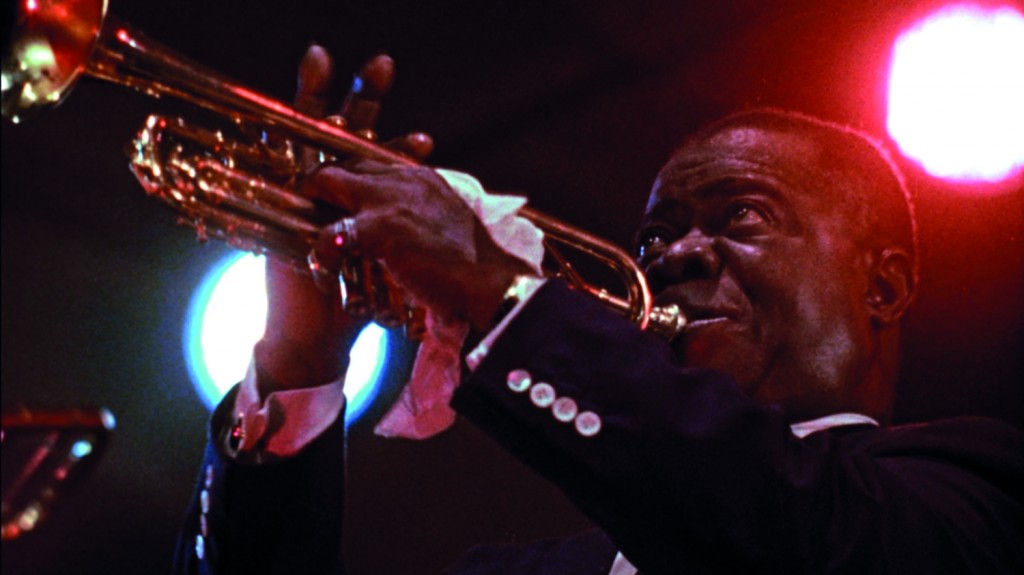 Jazz On A Summer’s Day

Jazz on a Summer’s Day

Maybe you’d like your concert movie experience to be a little less sweaty and more genteel. Perhaps you’d like to pretend you’re a wealthy cultured person for 86 minutes and enjoy the experience of great music and midcentury east coast elite activities like sipping cocktails and boating. If that’s what you’re feeling, 1959’s Jazz on a Summer’s Day is your ticket. Bert Stern and Aram Avakian’s filmed record of the 1958 Newport Jazz Festival set the template for many concert films to follow (see Monterey Pop, below), interspersing performances, crowd shots, and adjacent activities, including the America’s Cup yacht races. Avakian co-directed, shot, and edited the film—he was already well known in the movie business and did cinematography on jazz musicians. The movie was somewhat a family affair, with George Avakian, a legendary jazz producer, supervising the music and choosing which musicians to feature.

Jazz on a Summer’s Day is something of a product of its time in that it only captures a small sliver of the festival’s actual performers (many of whom were Black), and doesn’t do a great job of keeping the camera focused on the performers of color it does show. However, as shot by Stern and Avakian, the film still presents a singular vibe of Mad Men-era style. Stern executed some of the set-up scenes in the movie. Everyone looks gorgeous, and some performers, like Mahalia Jackson and Anita O’Day, seem like they’re lit from within. Extra points go to O’Day’s outfit, a gorgeously tailored black dress and wide-brimmed hat trimmed with white feathers. This is a concert movie you dress up for. 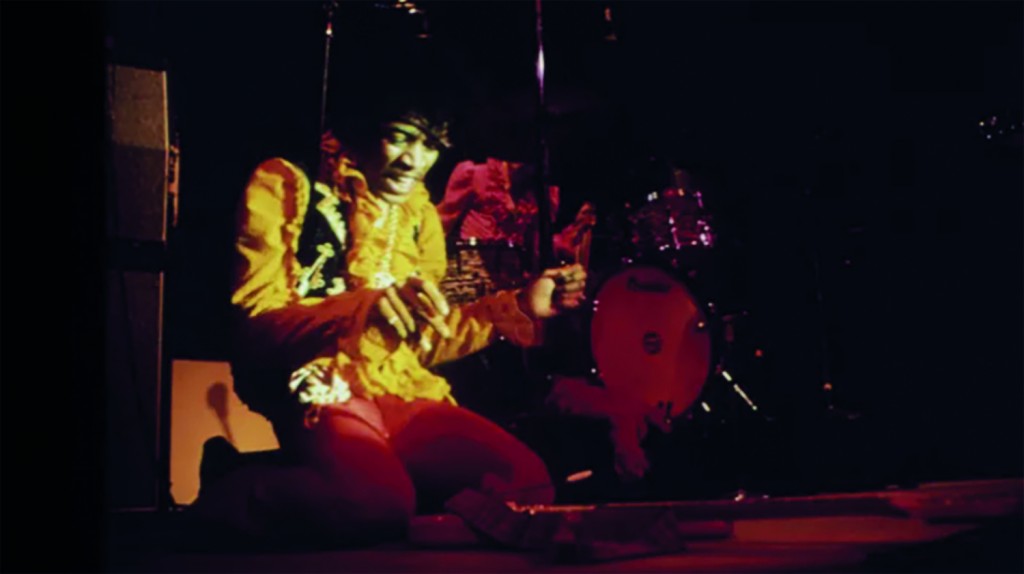 Legendary documentarian D.A. Pennebaker enlisted a murderer’s row of filmmaking talent, including fellow genre giants Richard Leacock and Albert Maysles, to film the Monterey Pop festival in 1967. Monterey Pop, released the following year, captures the feeling of being present at the event more so than pretty much any other concert doc on this list. Pennebaker flits between sets by Jefferson Airplane, Jimi Hendrix, The Who, and others, and sometimes just meanders among the crowd of dirty, exhausted, exhilarated festival-goers. It has the same mix of sensory overload, short attention span, and social curiosity that you’d experience at an actual festival.

The performances Pennebaker and his talented team capture are, of course, incredible. Is your experience of Janis Joplin limited to photos and video clips? Monterey Pop gives you a face-melting performance of “Ball and Chain”. Ever wanted to see Jimi Hendrix dry-hump an amplifier and set his guitar ablaze? You’ve come to the right place. The Who show up in conspicuously sharp outfits, as does Otis Redding, mere months before he died in a plane crash that December.

The best “you are there”-by-proxy moment is the film’s closing performance by Ravi Shankar, which is almost three times the length of any of the other segments. Pennebaker and his crew build up to Shankar shredding his sitar by first floating through the rapt audience. Some of them are having a religious experience. A little boy sitting on the fence looks on in wonder. Hendrix sits in cross-legged fascination on the grass. Finally, we get a look at the man himself, displaying trancelike concentration as his band members joyfully accompany him. The last note hits, and every single person simultaneously jumps to their feet in applause. It’s almost impossible not to get caught up in it yourself. 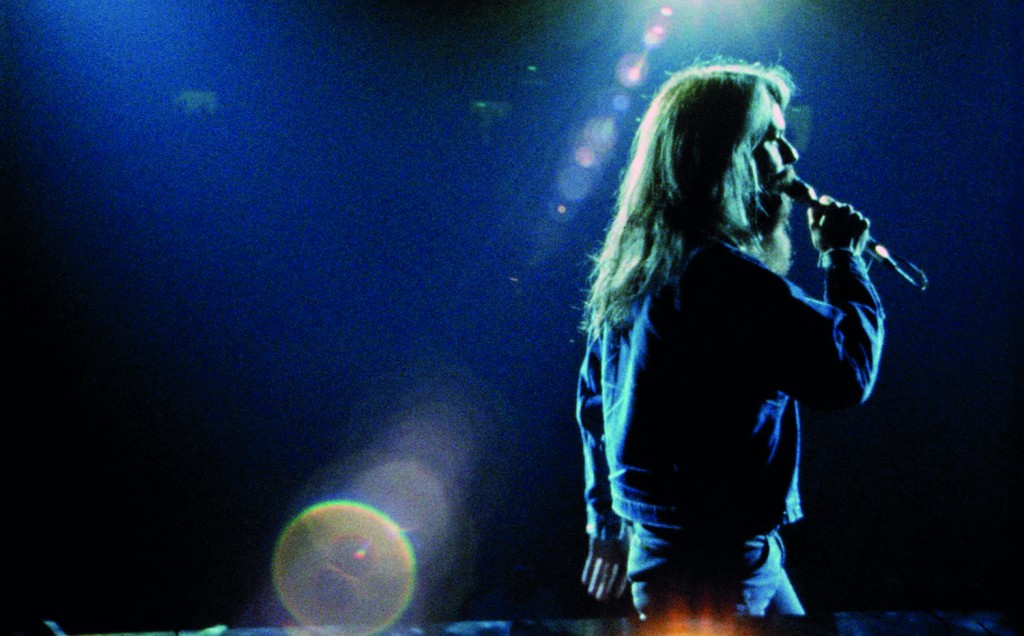 A Poem Is A Naked Person, Janus Films

A Poem is a Naked Person

Les Blank’s A Poem is a Naked Person isn’t a concert film in the strictest sense. However, it does provide a slice of perspective on the artist in question, singer-songwriter Leon Russell. It also gives us the level of cultural and historical context he was operating in that the best kinds of concert films capture.

After becoming a breakout star in the Joe Cocker concert film Mad Dogs and Englishmen, Russell and his producing partner hired Blank to film Russell on tour and recording in Northeast Oklahoma between 1972-74. Russell wasn’t a fan of the resulting film, and, like Amazing Grace, it existed mostly as an urban legend for years, popping up at secret screenings until The Criterion Collection finally released it on blu-ray in 2016.

Watching A Poem is a Naked Person feels like opening a time capsule. Blank shows us a diverse cross-section of early 70s Oklahoma and the crowd Russell ran with, seemingly interested just as much with random folks on the sidelines as with the guy he’s been hired to film. Blank gives us long-haired hippies dancing at Russell’s shows intercut with Black church congregants overtaken by the holy spirit. There’s a guy on a bad acid trip in a hotel room, an artist who feeds a chick to his pet snake while he paints a mural, and a dude in a field chomping on a beer glass like it’s rock candy. Uniting it all is Russell’s music; warm and lyrical, by turns folksy, funky, and raucous. 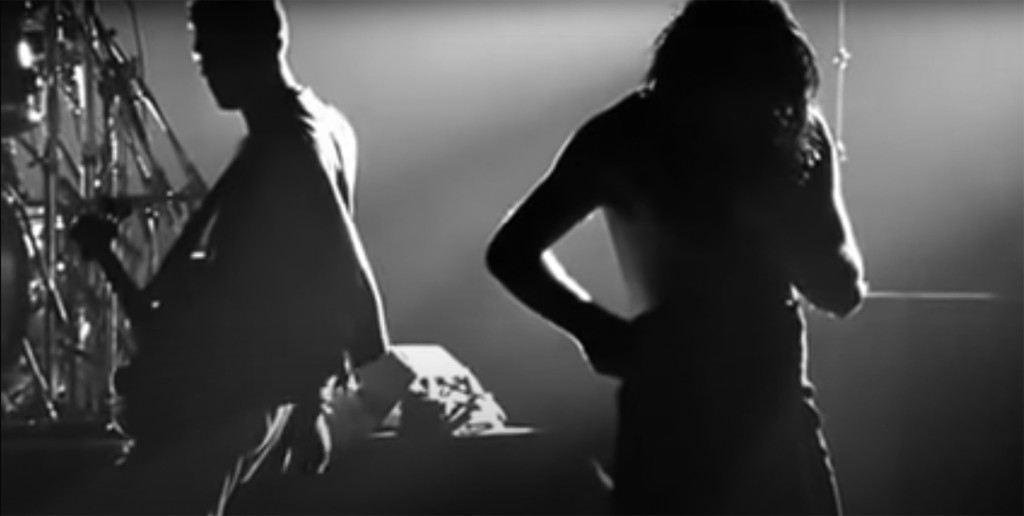 U2: Rattle And Hum

U2: Rattle and Hum

Perhaps your relationship with U2, like mine, is a little complicated. Maybe years of radio overexposure and stories like Bono chartering a private jet to retrieve his favorite hat turned you off. 1988’s Rattle and Hum may serve as a pleasant reminder that before the band did stuff like send you an album on iTunes that you didn’t ask for, they were scrappy and earnest and interesting.

Rattle and Hum follows U2’s 1987 Joshua Tree tour, concurrent with their explosion into international superstardom. The band is packing big venues, but it’s still early enough that they haven’t been media coached into oblivion. The raw emotion that powered songs like “Sunday, Bloody Sunday” is still present, as is the band’s relative naivete and sense of wonder at their current status. Director Phil Joanou follows them around the U.S. as they play shows and engage with the American roots rock they love, playing a song with B.B. King onstage, visiting Sun Studios, and stopping by a church in Harlem to sing “I Still Haven’t Found What I’m Looking For” with a gospel choir.

The film was initially dinged, even by Joanou, for being pretentious. The critical backlash against the movie and the band’s accompanying double album eventually led to U2 changing creative direction. It’s unfortunate, even if some parts of the movie do feel a little self-important (there’s a visit to Graceland that, three years post-Spinal Tap, borders on self-parody). Primarily, Rattle and Hum reminds us how much of U2’s popularity came from not just their arena-friendly sound, but the fact that, at that point, they still offered a vital perspective.

Nowhere is this more apparent than the end of the film. Bono’s voice breaks as the band plays “Sunday, Bloody Sunday” in Denver on the day of the Enniskillen bombing in Northern Ireland, followed up with “Pride (In the Name of Love)” as a closer. Whatever your current feelings on U2 may be, that moment is an undeniable one-two gut punch.

F9: The Fast Saga is the craziest Fast movie yet, and the most 'movie' movie of the year