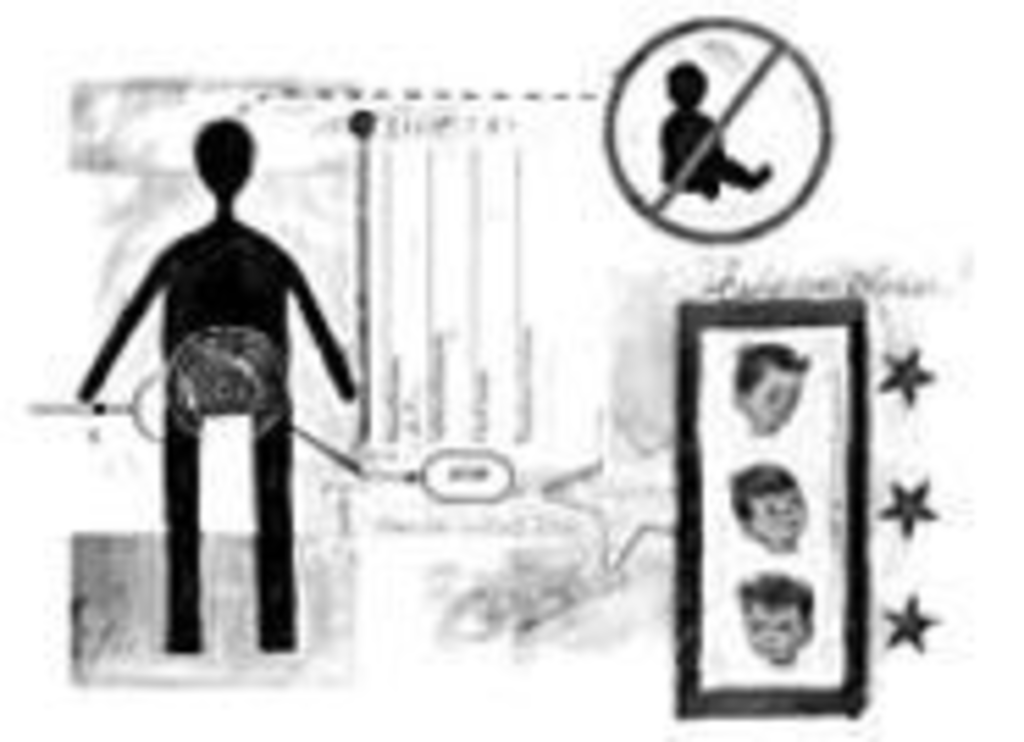 Robert Lile’s marriage fell apart back in 1982. He and his 2-year-old daughter moved in with his parents in Belton. During the day, he installed insulation in homes, and in his free time he coached a community soccer team at Blue Valley Park. One day, the then-25-year-old Lile says, he met a pretty high school senior at the park.

Lile says he never told the 17-year-old girl that he was still married, and the two started hanging out at the park and driving down a path in an overgrown field at 135th and Nall to have consensual sex in his car. When the girl found out he was married, he says, she took revenge.

The girl told a jury that she had never met Lile before she stopped one afternoon, seeing him at the side of the road, next to his broken-down car. She got in his car to help him fiddle with the brakes, and he drove off with her still inside, took her to the field, and raped her, she said.

Lile refused to plead guilty to the charges of rape, aggravated sodomy, and aggravated kidnapping in exchange for a five-year sentence. A jury convicted him, and he is serving a life sentence in medium security at Lansing Correctional Facility. He appealed, and his case is pending in federal district court. During his 18 years in prison, he has stuck by his story and his claims of innocence.

But in 1994, a prison counselor decided that Lile should participate in the prison’s Sexual Abuse Treatment Program. Lile started talking to other inmates who had gone through the program, and they told him horror stories.

Lile found out that participants had to fill out sexual-history forms that asked them to list all the victims they had assaulted or molested, including the name, age, number of sex acts, and description of sex acts, as well as the manner of getting the victims to cooperate and keep silent. The forms had limited confidentiality requirements, and the information could be used to prosecute the inmates for other crimes and was subject to subpoena. Inmates who took part in the program also had to attend videotaped group therapy sessions, discuss their sexual pasts while hooked up to a polygraph, and, worst of all, undergo a test called a “penile plethysmograph.” For the plethysmograph, prison officials hooked inmates’ genitals to a machine that recorded their arousal levels in response to graphic sex scenes depicted on an audiotape.

In court documents, one Lansing inmate described being taken into a room, where he “was made to sit in a chair naked from the waist to the knees. A clamp was put on — midshank on the penis. I had a probe put on my left hand, and a button was placed in my right hand.” He was instructed to press the button when he heard a beep so that test administrators could make sure he was paying attention.

A transcript of the tape shows such scenarios as a man taking off a baby’s diaper and saying, “That’s such a cute crack…. I’m getting so excited. I’ll take mine out … she might like it in her mouth. Oh, she sure knows how to suck. Just like on her bottle. Keep going. Keep going.” It also depicts a man molesting a 5-year-old boy. A male voice says, “Take off your swimsuit and let me see if you’ve grown down there. Yes, now I can see you have. Oh, I’m getting hot…. His ball would just fit in the palm of my hand while my fingers do a number on his penis. He’s getting excited. Let’s see if I can make him hard.” And there’s a scene where a man rapes a woman, saying, “You lady bitch. You’re really pissing me off. You dressing with those skin-tight pants and those big boobs falling out of your low-cut blouse. You can’t look at me and tease me and not give me something.” One scene involves consensual sex between adults, in which a woman approaches a man in a bar, they have sex, and the man says, “What a joy to have a willing partner.”

The Kansas Department of Corrections maintains that the test is used as part of therapy to determine the patient’s “sexual arousal intensity and interests.” The test is used in about 30 percent of the country’s sex-offender treatment programs (some of which are entirely voluntary).

The thought of submitting to the penile plethysmograph made Lile sick to his stomach. He refused to participate in the program, and he filed suit against the state Department of Corrections and the prison warden in federal district court in Topeka, alleging a violation of his constitutional right not to incriminate himself as well as violations of his right to bodily integrity and privacy.

But Parsons, who also analyzed and interpreted the results of the test, was unqualified to do so. Lansing’s own job description requires that behavioral technicians for the Sexual Abuse Treatment Program have master’s degrees in psychology or social work and certification to practice in Kansas, as well as 2,000 hours of clinical work in sex-offender treatment. Parsons has a bachelor’s degree in communications, and his previous jobs were at television stations doing production and equipment maintenance.

The plethysmograph and polygraph tests are required for inmates who take part in the treatment program (the state admits that those who refuse it will be expelled from the program), and the program itself is not exactly voluntary. Inmates who refuse or are kicked out are transferred to the maximum-security area, where more violent and dangerous inmates are held. Lile says that the parole board discriminates against convicted sex offenders who do not complete the program; he was denied parole in 1997 and 1999. He says a member of the board told him he would never be paroled without completing the program.

“I’m not against treatment of dangerous sex offenders,” Lile says. “But I think they go about it the wrong way — videotaping you, having you talk about your sexual history in detail in a group so that everybody and their brother is coming out and telling what went on in there, making you say that your father molested you and if you say it’s not true you’re lying, forcing you to sign confessions that can be used against you, and making you go through this humiliation of being hooked up and forced to listen to these disgusting things about children. It’s just not right.”

The court agreed. In 1998, a federal judge found that the State of Kansas had violated Lile’s Fifth Amendment rights by forcing him to take part in the program. However, the court ruled that forcing him to take the plethysmograph did not violate his rights to privacy and bodily integrity. Both parties appealed, and last month a 10th-circuit court of appeals three-judge panel upheld the district court’s decision on the Fifth-Amendment violation and ordered the state to make the program voluntary or provide immunity for the participants.

“By requiring complete and written disclosure of a prisoner’s sexual history, (the program) clearly (sought) information that could incriminate the prisoner and subject him to further criminal charges,” the judge wrote. “This is especially true in this case because no confidentiality is afforded such disclosures; an admission of any information concerning uncharged sexual offenses against minors must be turned over by the (program) staff to the proper authorities under Kansas law.”

The appeals court did not rule on the issue of the plethysmograph, however, saying that it was a moot point.

The state has appealed the ruling again and continues the program and the use of written statements, polygraph tests, and plethysmograph tests.

“The state has some really good intentions here. There really are some valid goals,” says Matthew Wiltanger of Shook Hardy & Bacon, which represented Lile. “We would support that wholeheartedly if they accomplished that abiding by the law.”