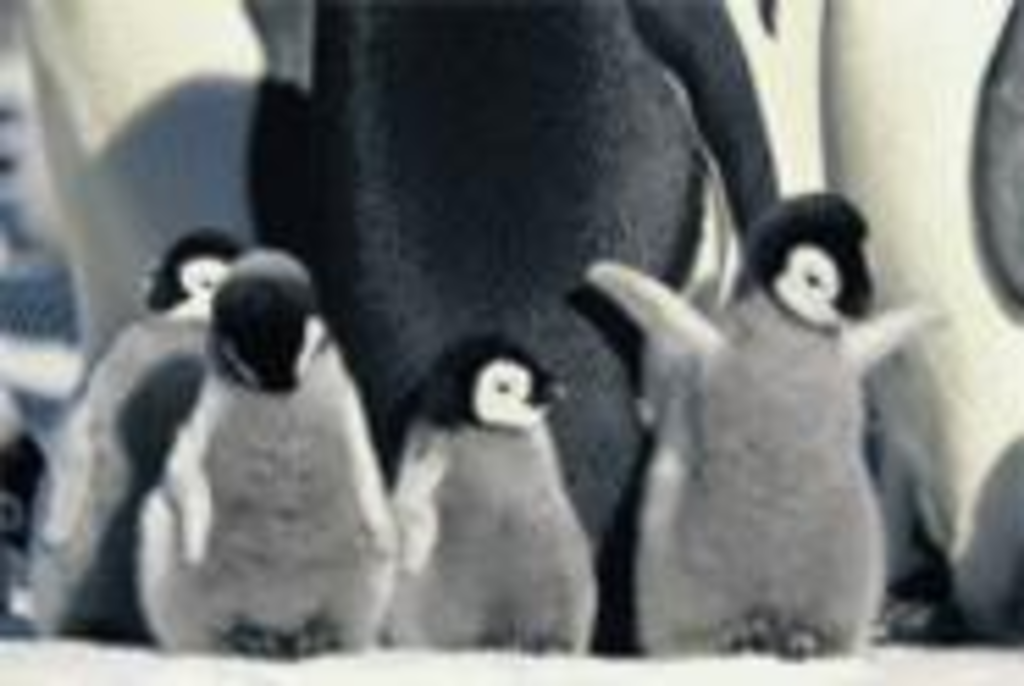 Until this year, nature documentaries generally found their homes at PBS and Animal Planet, enjoying modest audiences made up of children and scientists. Then came March of the Penguins, which earned close to $80 million at the box office and is still playing in some areas six months after its release. That’s a long run for a bunch of tubby butlers Charlie-Chaplining their way across the ice. So why the fuss? Here are four answers:

1. They bring the cute. If nothing else, March makes a very strong case for the emperor penguin as the single most adorable animal ever.

2. Penguins are like us. Admit it: Seen from afar, that long, black line of travelers looks strikingly human. Their massive group-search for a mate, in which every penguin sizes up every other penguin for some unknowable something, is nature’s answer to the high school prom.

3. They’re tough little buggers. We begin in the garden, then leave on a quest, descend into darkness, suffer through immense hardship, lose companions to death, and emerge into the spring with kids. This is The Odyssey with beaks.

4. You can’t do this at home. It’s not easy to get to Antarctica or to stay there, and director Luc Jacquet did both, passing day and night with the penguins for nearly a year. His footage is immensely moving, as when an inexperienced father drops his egg or a mother loses her newborn to the cold. It’s also breathtaking, featuring grand vistas of sea, ice and sky.

In the end, March of the Penguins is almost more of a drama than a documentary, and a dark one at that. The film doesn’t merely surpass most nature documentaries; it surpasses most movies of any genre.