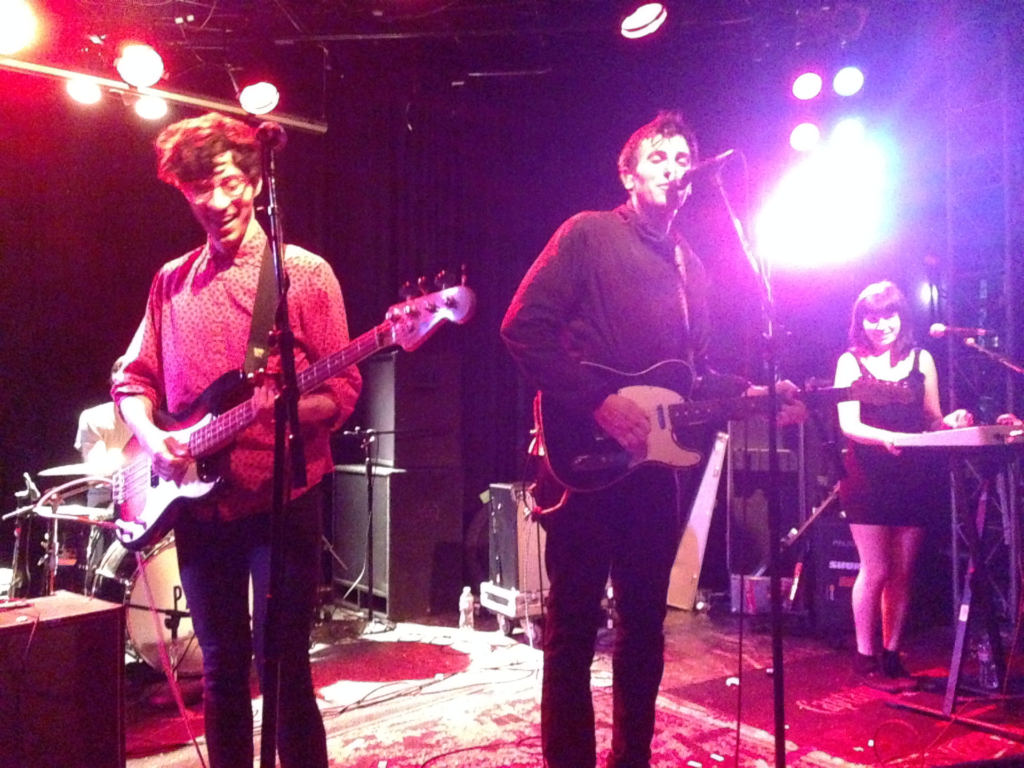 The Pains of Being Pure at Heart with Fear of Men and Ablebody
RecordBar, Kansas City
Thursday, May 15, 2015

That’s what the girl in front of me said as the Pains of Being Pure at Heart took the stage, and she wasn’t the only one with dancing on the mind. There was a fairly good-sized turnout for the show, and quite a few of them had some moves that might’ve caused injury if the floor was any more packed.

The Pains launched into “Until the Sun Explodes,” and got almost as animated as they do in the Jem and the Holograms-inspired video for the new single. After that, it was two of the “big ones” from 2011’s Belong, with frontman Kip Berman attacking his guitar, as he would throughout the night. He and bassist Jacob Sloan look like they could be the Jesus and Mary Chain’s kid brothers.

A quick note: Per the band’s drumhead, the Pains appears to be the approved abbreviation for their name. It’s not POBPAH, which as acronyms go is pretty terrible, nor is it the Pure at Hearts, which sounds like an even worse Christian rock band. Still, it’s going to get real old typing the Pains over and over in this review, because that’s hardly a great band name, either. So, advance apologies. 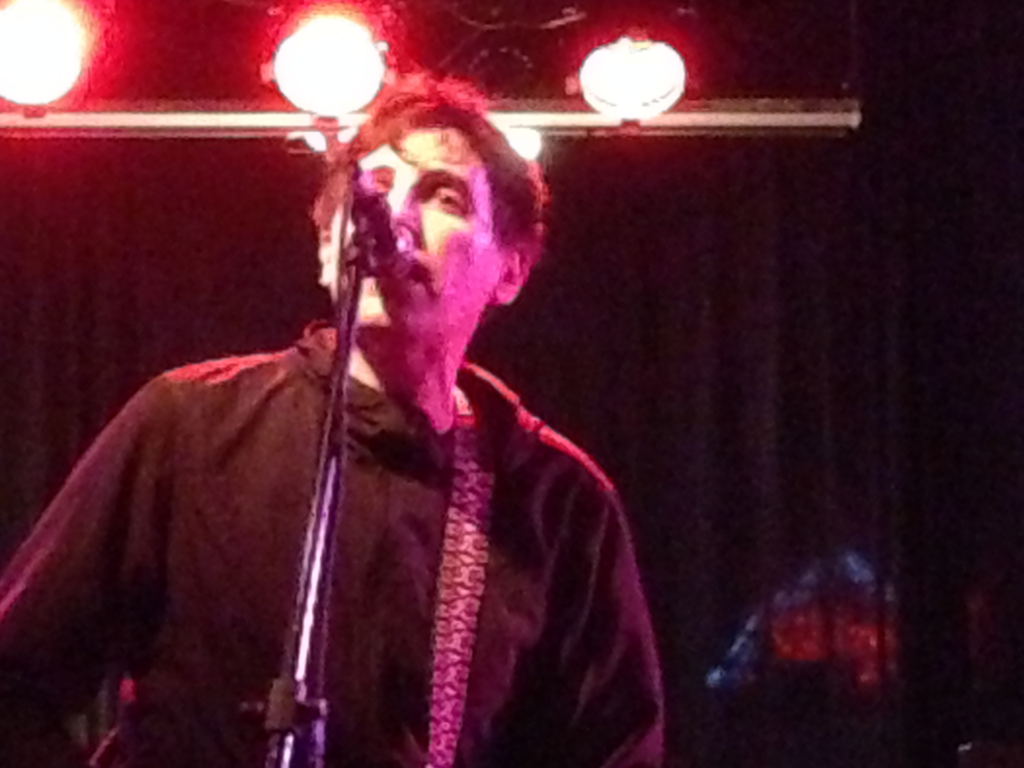 The band is touring in support of Days of Abandon, which thus far has gotten mixed reviews. Part of the reason for that may be the hooks aren’t as up front as they are compared to the fuzzed-out mixtape contenders of the Pains’ 2009 self-titled debut or the ’90s bigness of Belong. They’re still there, but Days of Abandon is a bit more of a grower and keeps things more subdued, a la the Go-Betweens.

That’s not the case live, where the band punched-up “Simple and Sure,” with co-vocalist and keyboardist Jessica Weiss absolutely killing it on the vocal hook. It’s interesting that Weiss doesn’t actually play on Days of Abandon – rather it’s A Sunny Day in Glasgow’s Jen Goma, following the departure of founding member Peggy Wang. (Wang must not have known the Jem video was going to happen. Never turn down the chance to be turned into a cartoon, especially one where you get to rock out in space.)

Lineup switcheroos like that are never easy. But while there may have been some apprehension that the band might now just seem like Kip & Pals, the crowd either didn’t know or didn’t care. Weiss fit right in, taking the lead on “Kelly” and “Life After Life,” which oddly made it seem like she had a bigger place in the show than Wang did the last time the Pains came through town. 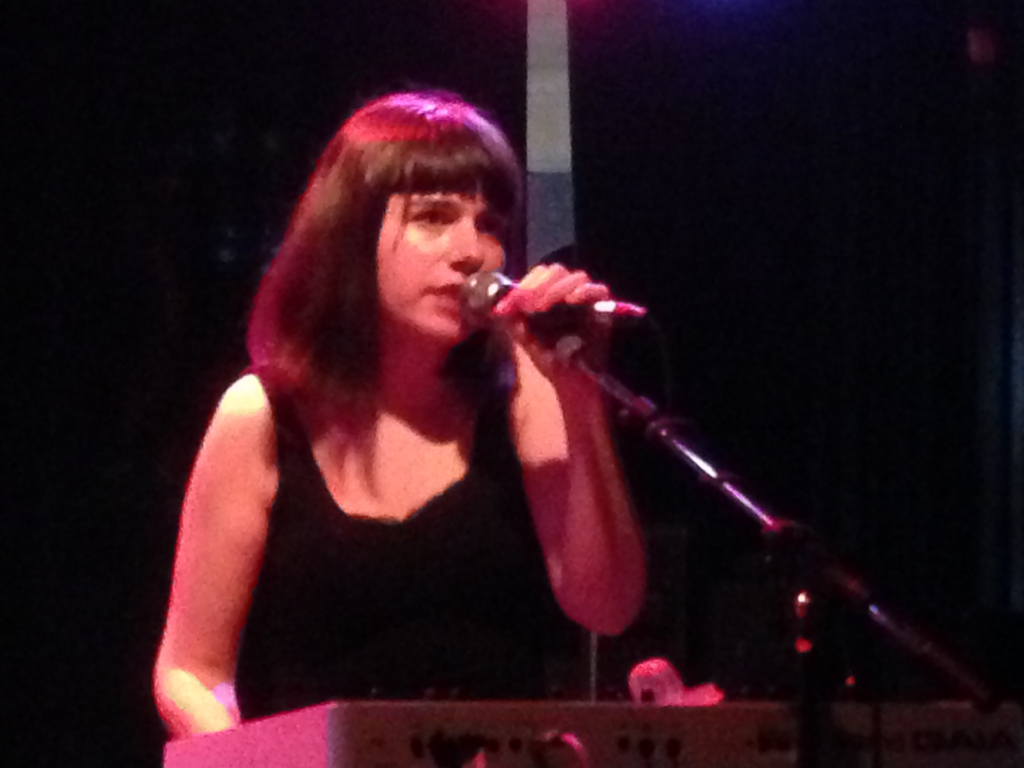 “Thanks for staying after trivia night,” said Berman of RecordBar’s notoriously hard Trivia Riot midway through the set. “We were trying to play along, but realized we’re not that good at it.” That was a strange thing to hear coming from a band that’s often pegged as bookish.

Saving some favorites for the back half of the show, the crowd spazzed out when drummer Kurt Feldman started playing the opening beat of “Young Adult Friction.” By the time the Pains got to “This Love is Fucking Right!,” so many people were singing it right back at Berman.

The too-short set concluded with the song the band shares a name with, “The Pains of Being Pure at Heart.” There was a goofy fist pump or two as the crowd joined in with the rallying cry of the chorus, We will never die!

Then, after the briefest of pauses – since the band was running up against a time crunch – the Pains came back for a single song encore, “Everything With You.” In that one, Berman asks, Are you with me? The answer was most assuredly yes.

There sure was a lot of hugging to go with the dancing at this show. The crowd would’ve undoubtedly been happy to stick around for as long as the Pains would’ve been able to, curfews be damned.

Leftovers: Both openers share members with the Pains’ touring lineup. Ablebody kicked off the night with some jangly, dreamy pop. Even though the crowd was sparse at that point, a couple of the dancers were already getting some mileage. 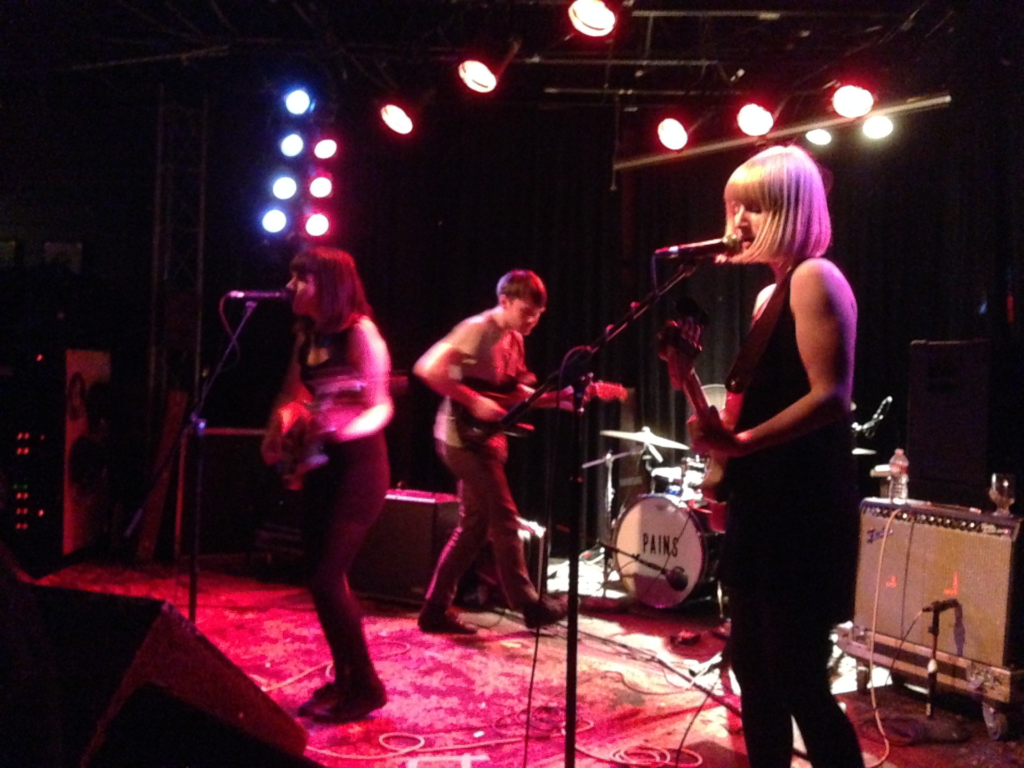 Fear of Men came on next, with Weiss on lead vocals and guitar. Much more fairly than the Pains sometimes do, Fear of Men gets the shoegaze tag and sounds kind of like Lush with less distortion. While their songs started to get a little samey, they finished with a massive climactic frenzy that prompted one guy to tell the drummer, “You raged!”

Also, I think it’d be awesome if Fear of Men and the Men went on tour together, and then night after night once they got to the venue, Fear of Men cancelled, vowing to just get it together already for the next stop.