The owners of WyCo Vintage discuss growth, collaborations, and all things vintage 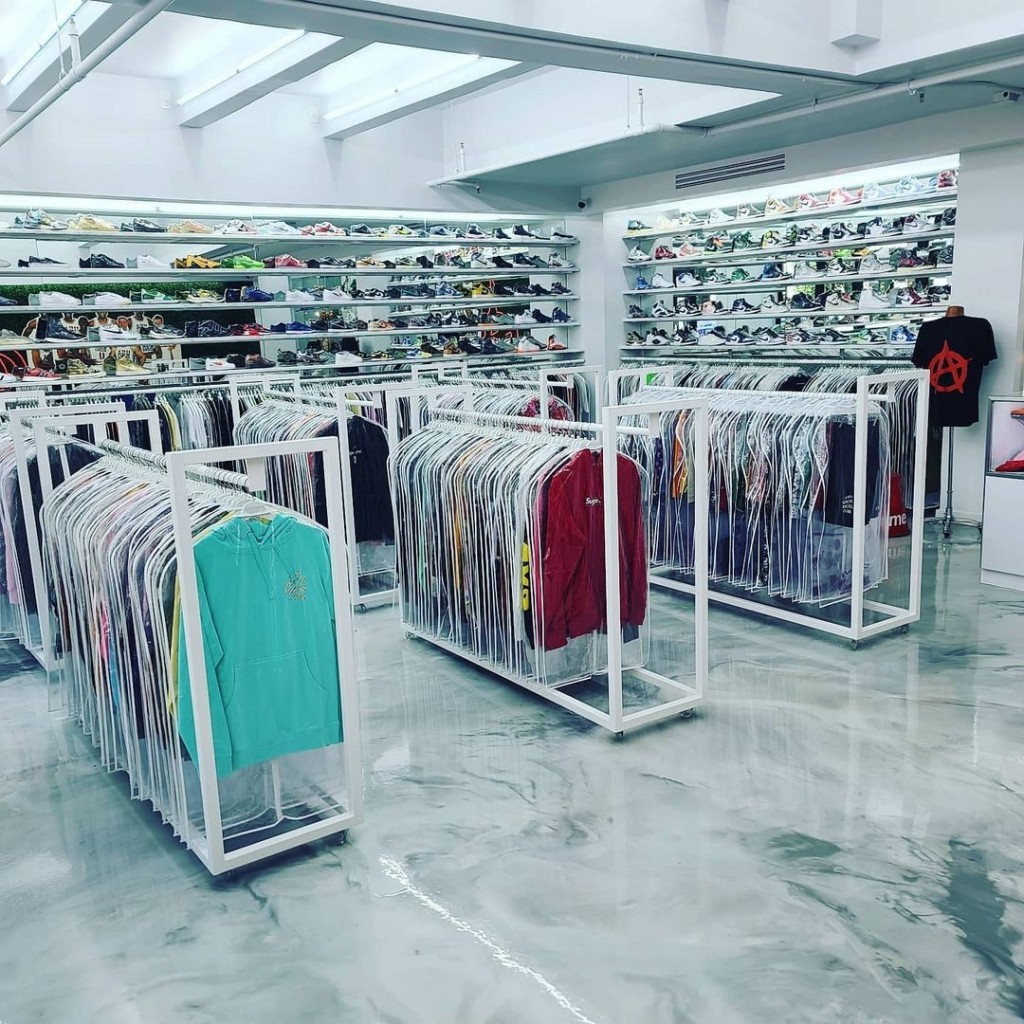 WyCo Vintage, run by Patrick Klima and Adam Compo, has been selling and reselling vintage wears in Kansas City since 2018. The pair recently expanded their business and opened another location next to their flagship store on Broadway Blvd.

We sat down with Klima and Compo to discuss WyCo’s history, what it’s like growing a small business, and the sustainability of vintage clothing.

The Pitch: What are you most excited about for the expansion of the store?

Compo: I love having such a nice store. Hands down, just visually, there’s not a lot of other places in Kansas City that look like ours.

Compo: It’s really our attempt to elevate the culture in Kansas City in regard to casual men’s wear, and streetwear in general. We want to bring it up to the level that you see in New York and Los Angeles—not these just dingy things on wire hangers. We sell nice stuff so why can’t you put a nice package on it.

Klima:  [I’m excited for] when people come to Kansas City, not just for the people in Kansas City, but as a destination

You’ve been collecting vintage shirts since ’08. Can you talk about the decision to open a brick-and-mortar store?

Klima: Opening a retail store was something that over the years people are always like, ‘Oh, you should totally open a vintage store.’ And it’s like, ‘have you been to a vintage store? You can’t just have a vintage t-shirt.’ You have all this other stuff and a lot of that other stuff I’m not really interested in. So the idea of doing the store just didn’t seem like something that could be done. It was never on my radar because I really enjoyed [the online store]. I was also working as a freight broker and was hesitant to leave because it was very important for me to have health insurance and that’s what kept me at my job and what really held me back for a long time. We were online for a long time and Adam came along to help build the website. We navigated a lot of difficult paths along the way of doing inventory management and working with a lot of different things on the technology side.

Compo: It took a while before we were ready but we are now fully capable of being a fulfillment center, a shipping center, inventory management, and a marketing company. Now we have the skills and formula that if we wanted to become a bigger firm we could do that.

It sounds like it took going through everything that you just talked about to get to where you’re at now.

Klima: Absolutely. It took going through everything because we want to make sure the vintage item is perfect for the buyer so we have a lot of specific details you’ll notice if you shop our store.

Fast fashion was very popular for a while. It seems as more people are aware of how detrimental it is there seems to be a recess in that and an uptick in reusing and recycling. Vintage in general just seems to be the way that a lot of people are going. Are you seeing that trend in WyCo?

Klima: Yes, it’s everlasting there’s always new reasons for people to get into vintage. T-shirts are forever, people always wear t-shirts. When you come in you’re going to have an idea of what you would like to find like, who your favorite bands are, and what your favorite TV show is. What you don’t know is the things that you’re going to see that you’ve never seen before. So you’ll find things that have been reused and you’ll also discover things you maybe never knew about.

Do you have any plans to collaborate with any local KC artists?

Compo: We did a collaboration with Monarch Coffee in the neighborhood that you can check out if you go in [to Monarch].

Klima: There are some upcoming things that are in the works. We’ve got some collaborators we’re not ready to announce yet. But we got projects we’re definitely into. We’re working on a lot more stuff now than we ever have before. Because we just see a lot of room for advancement in a lot of places.