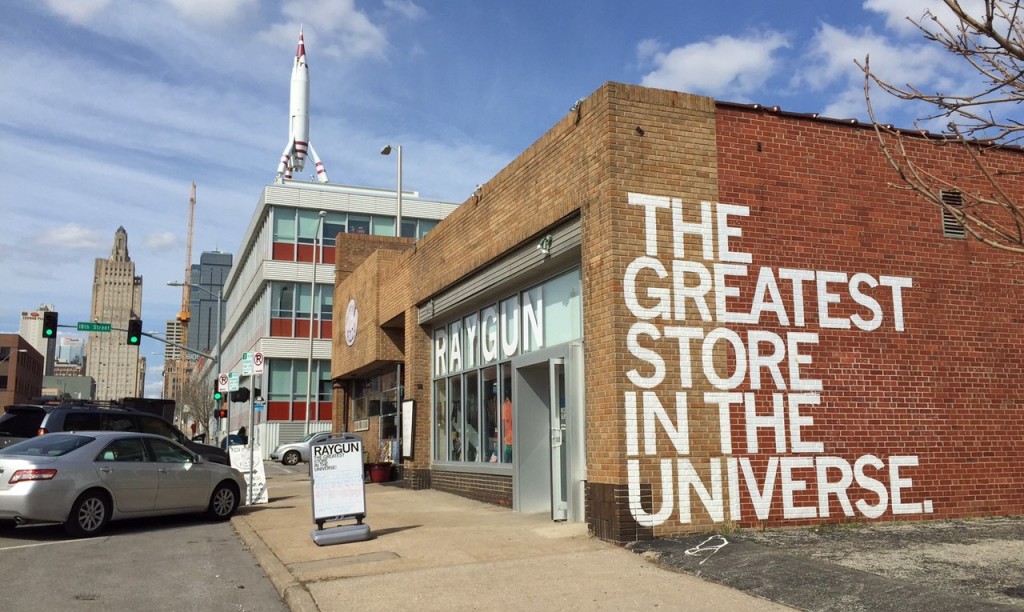 The Onion, everyone’s favorite parody newspaper, has announced a limited holiday release of products in brick-and-mortar locations across the Midwest. The release is a partnership with RAYGUN, a screen-printing, clothing, and design store with eight locations across the heartland.

Dubbed “The Greatest Store in the Universe,” RAYGUN has expanded into a small Midwestern empire as their quippy merchandise is a well-beloved staple in households. The Onion’s publication base in Chicago makes this a natural collaboration as both brands produce a satirical commentary on the dodgy politics, quirky charm, and mundane geography of the Midwest. 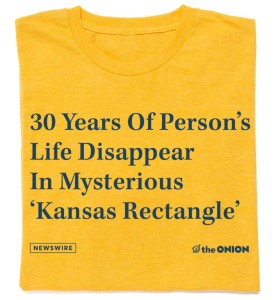 Jordan LaFlure, The Onion’s managing editor, says, “The character of The Onion is global, but we–the people who produce it–are very much here in Chicago. So we’re familiar with RAYGUN and already wear their merchandise. They’re very good at what they do, and it just seemed like a very natural pairing that was frankly overdue.”

RAYGUN’s eight Midwestern locations, including a store in Kansas City’s Crossroads District, will feature products with one-liners like “30 Years of Person’s Life Disappear Inside of Mysterious ‘Kansas Rectangle’” and “Rural Nebraskans Not Sure They Could Handle Frantic Pace of Omaha.”

The collaboration will last through the holiday season, but both companies hope to release more products in the future.

The full collection of products can be found in-store or on RAYGUN’s website.