The nitti gritti of Scritti Politti 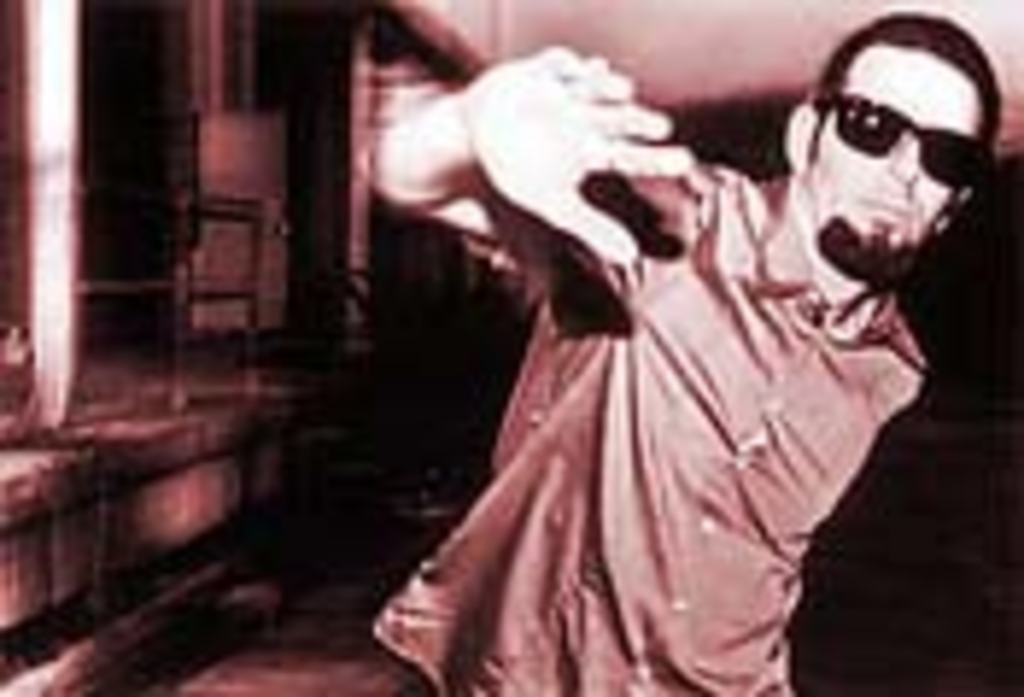 It was a day that was way too long coming.

On Tuesday, Jan. 25, 2000, I excitedly made my way to the record store, as I do more or less every Tuesday, but this time I was positively giddy about what would be waiting there. After 10 fruitless years of wondering what a certain musical enigma had been doing with itself, it was finally time to enjoy a new album’s worth of goodness from the best-kept secret in pop music: Scritti Politti.

In response to the implied question, the answer is yes. I am kidding. I never cared at all whether that day would come, nor did it cross my mind that it ever would. Still, it did, resulting in something called Anomie and Bonhomie. What’s even more baffling than the album title is that a good number of critics seem to care. Scritti Politti is hardly a household name, but I was never under the impression that people don’t talk about Scritti Politti because it’s their own little baby they’re selfishly keeping from the world. It’s more likely that people don’t talk about Scritti Politti for one of two reasons: They’ve never heard of the band or they’re indifferent.

For those who fall into the former camp, a bit of background is necessary to understand just how truly bland and unmemorable Scritti Politti was or still is. (Even though it just put out a new album, the band is remarkable only for its ability to be instantly forgettable; thus, the urge to talk about the group in past tense remains.) Formed in Leeds, England, in 1977 by Green Gartside, Scritti Politti named itself after the Italian words for “political writing,” presumably because the group was left-wing, though it surely couldn’t have hurt that the words rhymed.

Lineup changes ensued, and the supposedly punkish band, which even opened for Joy Division and Gang of Four, descended into the banal side of synth-pop territory. Record number two, 1985’s Cupid and Psyche 85, scored the group a minor hit in “Perfect Way” before Scritti Politti dropped off the face of the earth for three years, surfacing with 1988’s Provision. This record prominently featured a trumpet solo from the late Miles Davis on a song called “Oh Patti (Don’t Feel Sorry for Loverboy)” and much less prominently featured a cameo from the also late Roger Troutman on a song called “Boom! There She Was.” To this day, no one knows to whom these renowned musicians owed favors.

Between then and now, nary a peep has been heard — not even an appearance on Behind the Music or Where Are They Now? For a point of reference, even Taylor Dayne has been on the latter. (Note to Ms. Dayne: This does not mean the public needs or desires a new album from you.) “Perfect Way” pops up on ’80s compilations occasionally, though it wasn’t until volume 15 that the Just Can’t Get Enough: New Wave Hits series got around to Scritti Politti.

Critical reception of the group at the time was an almost universal “Eh, whatever,” though judging by the recent reviews Anomie and Bonhomie has scored, there seems to be some kind of revisionist Scritti Politti history going on. In a B+ review from Entertainment Weekly, critic Elisabeth Vincentelli writes, “The good news is that main man Green Gartside hasn’t lost his magic touch for hooks and subtle blue-eyed soul.” Rolling Stone columnist Rob Sheffield devotes a column nearly as long as this one to his love for Scritti Politti, proving that even if I wasn’t growing impatient for the new album, someone was — though I’d like to think he just couldn’t find anything else to write about.

That’s my theory for what’s going down, because there has to be something that can explain this near-universal lapse in the taste of the nation’s critics. The winter months are notorious for failing to bring anything worthwhile to record store bins for a number of reasons. The big holiday gift-giving season recently ended and so has the last big slate of new releases. Few people seem to give CDs as Valentine’s Day presents, either because it’s not romantic or because the kind of music geeks who would appreciate such a gift seldom have significant others.

It is also no coincidence that the end of the calendar year signals the end of eligibility for Grammy nominations. The logic: The closer to year’s end that an album is released means the fresher said album is in the nominating committee’s mind and, therefore, that much closer to a nomination. And even though we all know Grammys mean absolutely zilch in terms of musical quality, a nomination still means more press and more sales.

So the twin heads of record label politics and marketing have been reared, and it’s hard to fault their strategy. There is money to be made and this is a business, after all. It is only the general, music-loving public that suffers. Right now, the majors are searching for a way to scrape by on a pittance of millions upon millions of dollars. Keeping that in mind, forking over a list price of $17.98 probably isn’t enough for a CD.

Yes, again I am kidding.

Thankfully, most indies don’t play by the majors’ rules and have no fear of the first quarter, giving us some quality stuff to await. Merge has released Lambchop’s Nixon, Matador will put out Yo La Tengo’s double album And Then Nothing Turned Itself Inside-Out soon, and Heroes and Villains has released Kansas City’s own The Anniversary’s debut record, Designing a Nervous Breakdown.

All this being said, I’ve got nothing personal against Scritti Politti. I do, however, have something against boring music and more against said boring music getting lots of press, and even more than that against the labels for setting things up that way. But then again, look who just gave ’em another 1,000 words or so, a hefty chunk of which are “scritti” and “politti.”