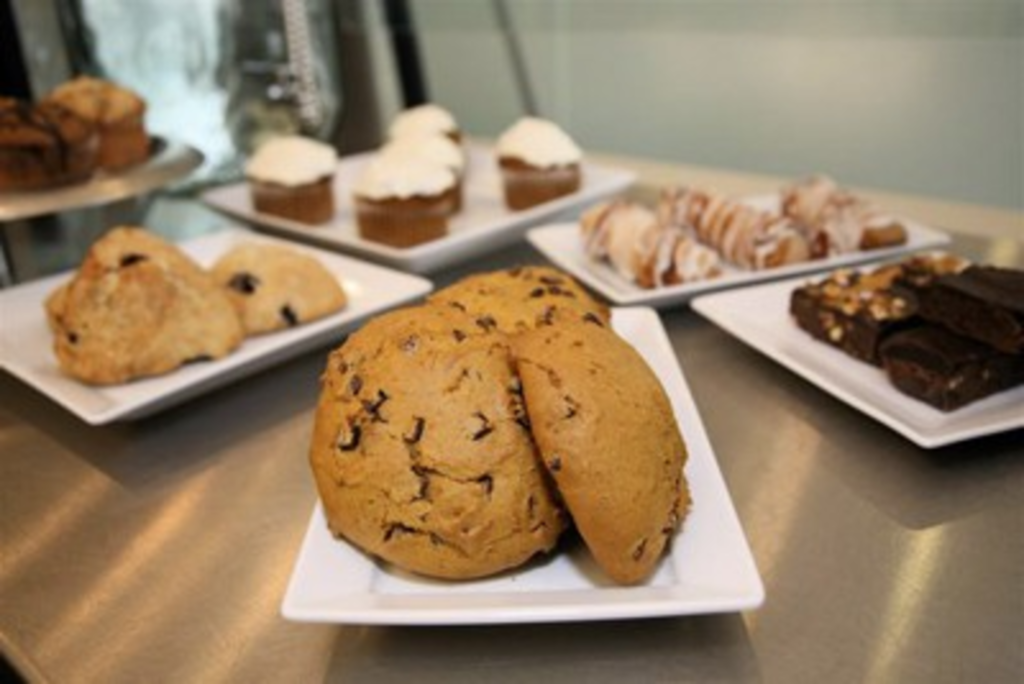 The prettiest museum restaurant in the city is Rozzelle Court in the Nelson-Atkins Museum of Art, but I haven’t eaten there since late summer when the management contract for the food service was outsourced to New York-based American Food and Vending. I’m assuming the food is much the same as it always was: sort of expensive and wildly overrated.

And as much as I like the creative cuisine at Café Sebastienne, the boutique bistro in the Kemper Museum of Contemporary Art, the L-shaped, art-filled main dining area is a little claustrophobic for me.

I’m glad that many of the city’s cultural institutions have nice places where visitors can stop for lunch or a cup of coffee and a pastry. But unlike many of my friends who are ardent diners in these visually venerated venues, I’m immune to their charms. I would gladly bow to the larger-than-life-sized talents of Café Sebastienne’s chef, Jennifer Maloney, but I would prefer to make that bow when Maloney walked by my table while I ate in another restaurant. Dining in a museum is great fun when I’m visiting a museum; otherwise, it’s just too much work.

That’s why I initially resisted the cool and sleek Café Tempo in the new Nerman Museum of Contemporary Art, that elegant limestone box jutting out from the otherwise dreary brick architecture of Johnson County Community College. At first, I was put off by the very name of the restaurant. Why wasn’t it called Café Contempo instead of Tempo, which is a term referring to how fast musicians play a piece of music? There’s certainly nothing lively or lyrical about Café Tempo, though the space carved out for it in the stylish building is as boldly minimalist as a Philip Glass composition. Some may find the dining room as cold as an ice cube (which it resembles, with its gray tiles, glass windows and frosted acrylic tabletops), but my friend Truman warmed up to it immediately.

“It strikes you as antiseptic at first,” he said, looking around and noting that the only bit of color in the place — aside from two pieces of art — were the chairs: honey-colored versions of the classic wood directoire chair. “It’s the only warm touch in the room,” he said.

Truman had wandered through the Nerman several times but had never eaten there. He seemed surprised that the restaurant served breakfast and lunch but not dinner. The museum attracts students and teachers, and businesspeople from the nearby College Boulevard corridor who start their days early. But, one of the managers said, “The dinner business just isn’t there.”

I wanted to eat at Café Tempo at least once for breakfast before I reviewed the place, but the breakfast shift ends at 10 a.m., and the museum is a good 30 minutes from my house and — well, I never could get my weary ass out of bed in time for crab benedict or blueberry-stuffed French toast. “You’re missing something,” scolded a friend of mine who lives in Overland Park. “It’s a very glamorous breakfast.”

Glamour at 7 a.m., I told her, is in the eye of the beholder. I find coffee and a Pop-Tart extremely elegant — if I’m enjoying them in the comfort of my own bed.

Lunch, I can say with authority, was well worth the trek. But a note of caution for those expecting the culinary creations to match the visual splendor on the walls: The afternoon fare at Café Tempo isn’t at the artistic level of Café Sebastienne. I can’t imagine Jennifer Maloney whipping up a meatball grinder, for example. At Café Tempo, where the kitchen crew includes a couple of student chefs from the respected JCCC Hospitality Program, there’s a grinder, a burger and a grilled cheese among the nine sandwich choices. There’s a daily fish special, too, as well as a changing array of pasta, quiche, flat bread and wraps.

Customers at Café Tempo order at a counter (which needs better directions to guide patrons through the line), then take a number and wait for the food to be delivered to one of those frosted-plastic tables. The café opened in the fall, but there’s still some confusion about service. On one of my visits, we were handed desserts to take back to the table before lunch arrived; on the second visit, the desserts didn’t come until after we finished our entrées — I walked up to the counter to ask where they were.

The day I was lunching with Truman, we shared the mushroom Caesar salad, which was studded with fat chunks of portabello but the blandest dressing that ever passed as “Caesar.” Truman also had the meatball grinder: a mound of little meatballs smothered in spicy tomato sauce folded into a nicely toasted hoagie bun. “Look at these meatballs,” he whispered. “They’re prepackaged from Costco or Sysco. They’re too uniform in size, too perfect.”

The manager professed innocence when I asked. “I’m sure we make them here,” she said, but later, one of the cooks behind the counter confessed that the balls had indeed come from a bag.

“What the hell,” I told Truman. “It’s not the Art Institute in Chicago — a place, I might add, where I once had a very bad lunch.”

I was a lot happier with the Bistro Steak sandwich: a grilled baguette heaped with slices of grilled flank steak, sauteed mushrooms and onions, and melted jack cheese, sided with fine french fries.

Desserts, however, were the highlight of the meal. A freelance pastry chef bakes them for the café. We had a white layer cake dripping with a silky, sugary coconut frosting, and wedges of a moist, wonderful bread pudding.

I returned another day with Jennifer and Kay, who needed a quiet respite in the middle of their workday. They both found Café Tempo to be chic and relaxing. On this visit, we discovered that the restaurant offers daily specials (no one explained that on my earlier visit), and the women preferred the offerings du jour to the offerings on the regular menu.

We all started with homemade soup: fennel French onion for Kay and me, a concoction of winter vegetables for Jennifer. Their soups came with breadsticks; I can only surmise that the cook decided I was too fat for any more carbohydrates.

Those soups were fine, if not spectacular. Kay was more than pleased by that day’s wrap, a spinach tortilla stuffed with rice noodles, shrimp, carrots, cucumber and peanut sauce that was grilled, served warm and cut into wedges. Jennifer opted for the fish special, a nice hunk of meaty swordfish, expertly grilled and draped in a subtle sage-walnut pesto, accompanied by roasted spuds and parsnips.

I ordered a Raquel (the femme version of a Reuben), made with turkey pastrami, fontina cheese and sauerkraut on marbled rye. It was a little dry and disappointing, but I was crazy about the house-made potato chips.

Nervous that the chef who had denied me a breadstick was staring at us, I didn’t order dessert. Instead, I discreetly tasted Jennifer’s layer cake and Kay’s first-rate tiramisu, served in a coffee cup and sprinkled with dark-chocolate shavings.

“So what do you think?” I asked my companions as we walked to my car.

And definitely not like any other museum restaurant in town.