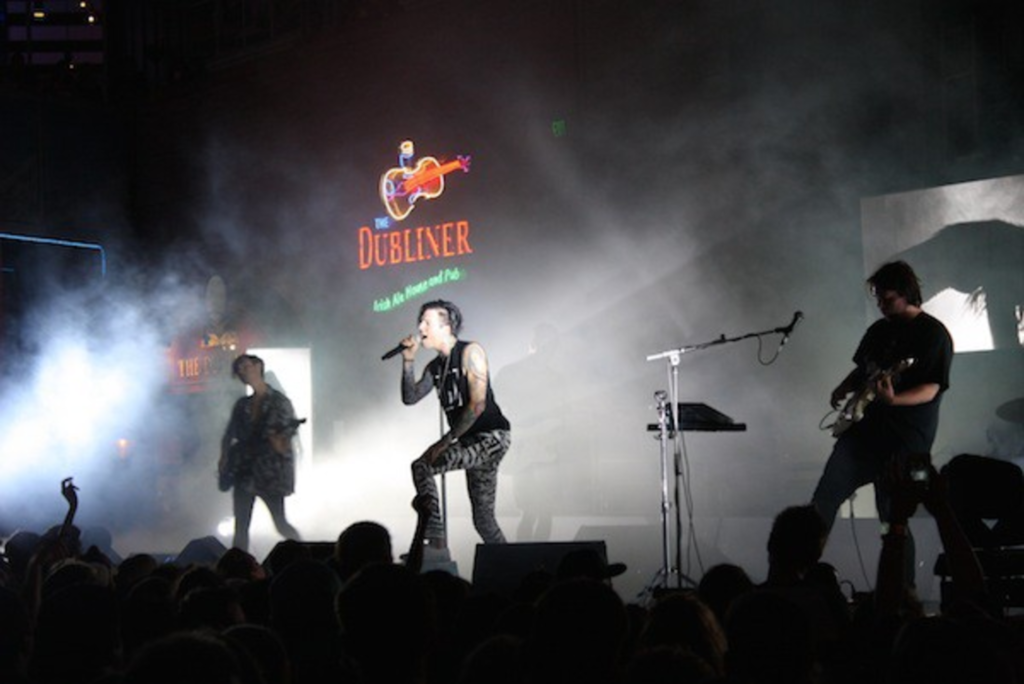 Stage fog filled the KC Live Block at around 10:15 p.m. last night, mostly getting buffeted into the crowd by the large overhead fans. The Neighbourhood emerged in the smoky semi-darkness with a surprising amount of unassuming nonchalance. The members picked up their instruments with very little pomp and circumstance and commenced to playing “Female Robbery.” Dancing to the band’s swinging hip-hop beats, lead singer Jesse Rutherford – clad in zebra-print skinny jeans with the word “Luck” printed on the butt – immediately started gyrating his hips in a nouveau-Elvis style.

Rutherford’s voice was as alluring as his dance moves. The 22-year-old’s mellow vibrato contrasted interestingly with his screamed interjections – not unlike Karen O of the Yeah Yeah Yeahs. Audience interaction felt casual and unflitered, as Rutherford would instruct the crowd to “put their hands in the fucking air” and “shut the fuck up” for the keyboard-generated saxophone solo in “Jealousy.” A jerky loop of a twerking, topless flapper played on the screen behind the rest of the seemingly stationary band during the song. The synth-heavy jazz aesthetic in the Neighbourhood’s songs tantalized the ears, while the R&B-like coda added another layer of style, leaving the crowd wanting to hear more from the same grain.

Big ups to the Neighbourhood for covering Justin Timberlake’s “Cry Me a River.” The impressive part wasn’t hearing the entire P&L crowd singing along the lyrics; it was the fact that Rutherford could match Justin’s range. Still, most in the audience came here to hear “Sweater Weather,” as one drunken concertgoer slurred from behind me. The inebriated gentleman would have to wait five more songs to experience the band’s most recognizable hit. 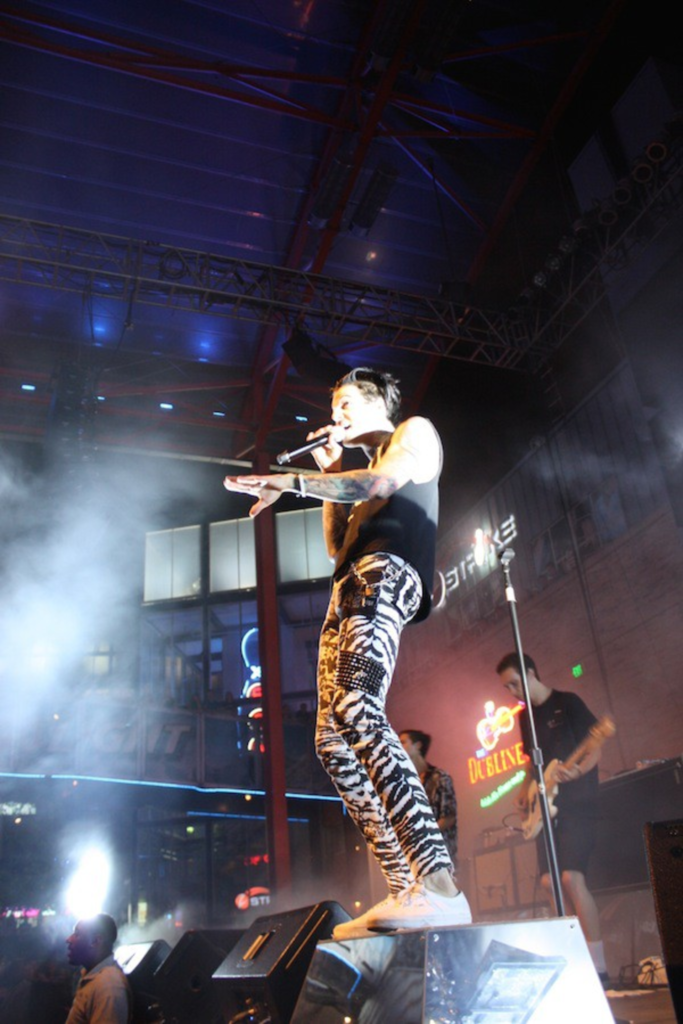 While what the Neighbourhood played next were great songs in their own right, the second half of the band’s set seemed tired. The audience grew impatient waiting for a song they could sing along to; the lyrics to some of the newer songs were easily lost in the guitars and were overall ungraspable, and they didn’t differentiate much from one to the next.

Rutherford finally gave the crowd what they wanted, with a coyly stated “I think you know the words to this song.” Instead of just singing “Sweater Weather” straight, he played with the musicality of the melody with some improvisation.

The best moment of the night, though – aside topping the twerking flapper, of course – came when the band played “Afraid.” Testifying to the crowd’s enthusiasm to flip off anything or anyone, Rutherford’s lyrics you’re too mean, I don’t like you, fuck you anyways were received particularly well. The Neighbourhood drew back in any stragglers for one more recognizable song. To close, in a final flair of showmanship, Rutherford set down the microphone, flipped off the audience with both hands, and walked away.

Leftovers: Frontman Jesse Rutherford doesn’t get enough credit for being an artist first and performer second.