Burlesque, comedy, and drama in The Nance, at Spinning Tree Theatre 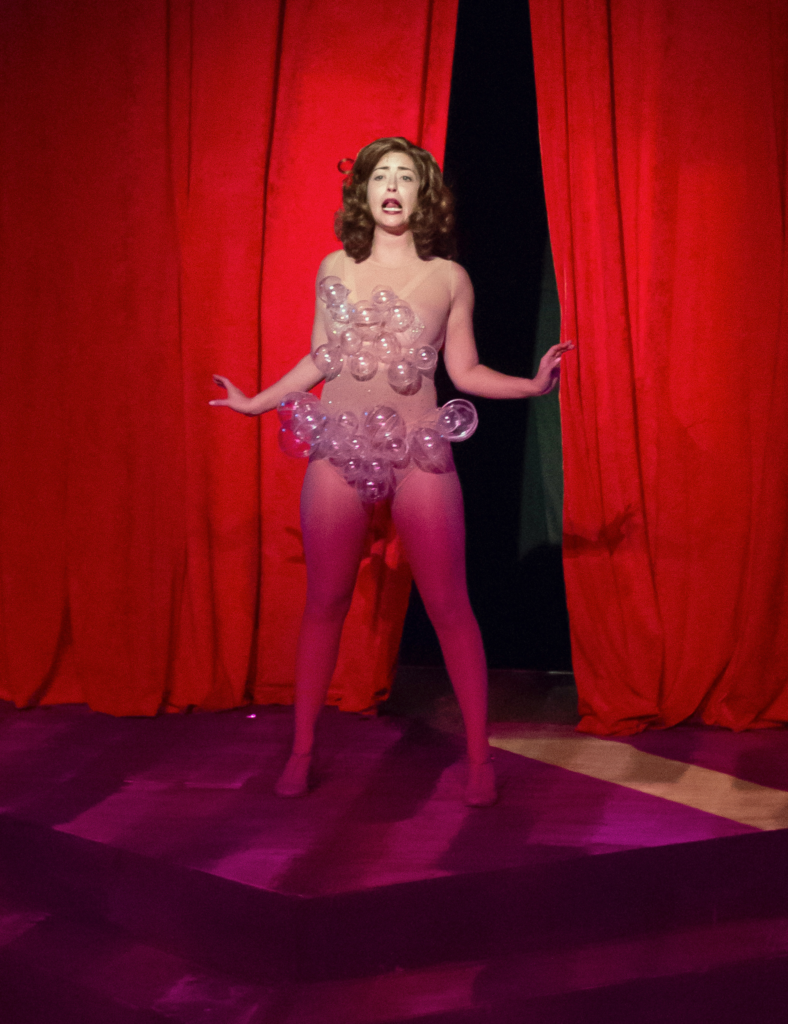 A burlesque show, a comedy, and a drama, The Nance at Spinning Tree Theatre is a lively and entertaining amalgamation. Directed by Michael Grayman-Parkhurst and Nicole Marie Green, the play within a play delves into the politics of late-1930s New York City while examining the offstage lives of the performers at the Irving Place Theatre, particularly that of its star: the nance.

Nance derived from Nancy, a century ago, to negatively describe an effeminate man. In vaudeville and burlesque, the nance was a gay stock camp character portrayed by men who were not. The Nance’s nance, Chauncey Miles (Andy Perkins), is gay, in the NYC of Mayor LaGuardia, who’s cracking down on burlesque theaters to “clean up” the city before its 1939 World’s Fair.

This is 30 years before Stonewall; homosexuality is a crime. Chauncey is supremely discreet when out hooking up at the Automat (in a delicate dance of greet to meet) and is closeted even in his work. Then a relationship — something he would avoid — breaks open his carefully kept façade, and the Irving Place Theatre begins attracting a gay audience and, inadvertently, the attentions of police and city officials.

The Nance debuted in 2013 at Lincoln Center and starred Nathan Lane. The script by playwright and screenwriter Douglas Carter Beane (To Wong Foo, Thanks for Everything! Julie Newmar, and others), with original music by Glen Kelly (coordinated here by Gary Green), is a mix of hilarious, occasionally eye-rolling, burlesque songs and skits, and social commentary, often wound together. The performers have their say on personal rights, freedom of expression, and government censorship. It’s fun, it’s raunchy, it’s sometimes serious, and it all overlays a subtextual stream of historical events with political parallels to the present.

The show is also cleverly constructed, a meta pastiche of successive scenes that switches from burlesque performances to backstage and offstage story with the ease and speed of a swiped screen (at times flipping a front-of-house entertainment to a shadowbox-like backdrop with simple, adroit stagecraft). And it overflows with a runway’s worth of eye-popping costumes (by Shannon Smith-Regnier), the comedic and musical performances of its burlesque performers, and risqué double entendres.

Cast members are excellent. In a skillful portrayal as Chauncey, Andy Perkins is charismatic and conflicted, wearing his identify proudly onstage while unable to do so off. A Roosevelt-hating Republican, he supports the mayor despite the effects of the officeholder’s policies. And he reluctantly falls in love with Ned — Timothy Michael Houston, in a performance that is both funny and touching — an awkward new arrival to the city who grows into his personhood. 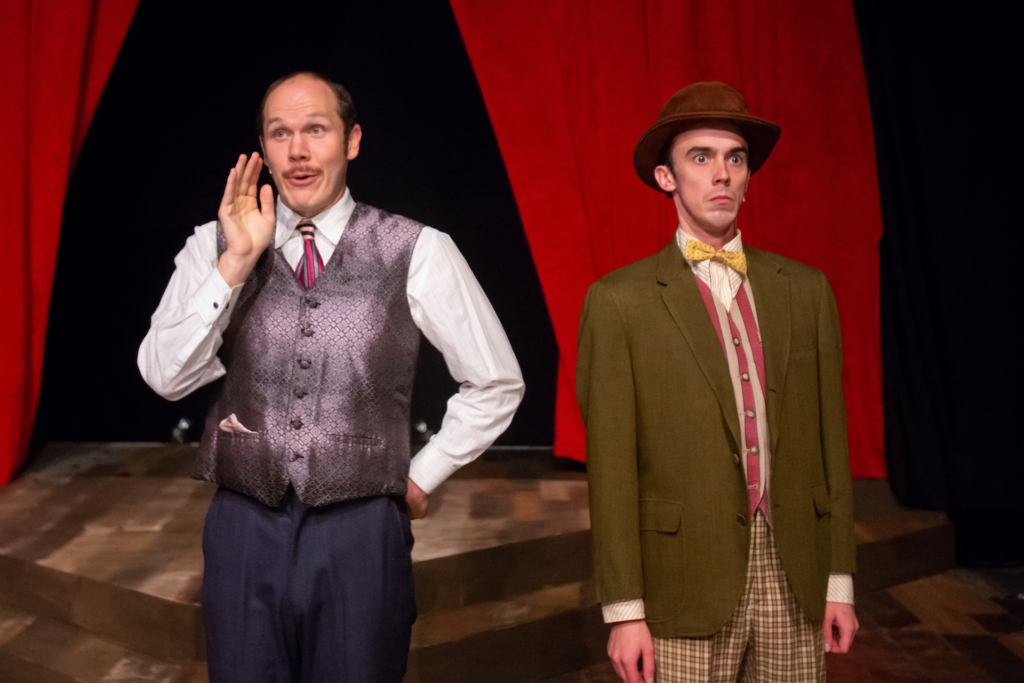 R.H. Wilhoit radiates comic presence as Efram, the theater manager and leading performer (an MC, of sorts), who works closely with Chauncey despite an open bias toward homosexuality. His Efram is a show anchor, and his physical comedy in the famous routine “Niagara Falls” is memorable.

Katie Gilchrist, Ashley Personett, and Sarah Montoya are the burlesque-theater strippers, who know (and accept) the nance’s true nature. Their bits are pure joy. Gilchrist is exuberantly funny, her Sylvie unfettered onstage while seriously political off (a card-carrying Communist who banters politics with the conservative Chauncey). Personett is charming as Joan, her “Don’t Burst My Bubble” number a show highlight. And Montoya delivers understated humor as Carmen.

The talented ensemble cranks up this show and keeps it humming. Spinning Tree has put together a fast-paced, multilevel production that explores, and conjoins, the personal and the political in an often uproarious and also thought-provoking way.