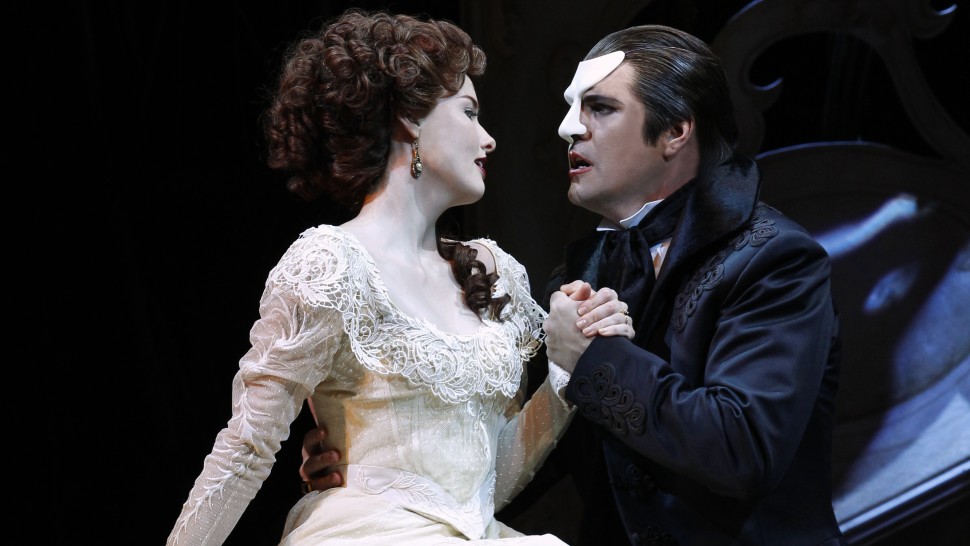 For years, my friend and I have had a long-running joke regarding the existence of a sequel to Andrew Lloyd Webber’s The Phantom of the Opera. Such a production exists. In 2010, someone decided to make this. That someone is Andrew Lloyd Webber. Why? We can’t get a comment from ALW.

One of the things you may remember from The Phantom of the Opera is its plot finality. But… suddenly not here. There’s a sequel. That’s also a musical. That imagines “What if The Phantom survived and moved to America to live in Coney Island?”

Hence the source of my long-running joke with my friend. How could such a thing exist? “It could not,” I proffered.

It does exist. It’s called Love Never Dies. But it features The Phantom trying to fuck-up Christine’s marriage to Raoul from ten years earlier. What a cursed plot to a cursed musical from a cursed late-period Lloyd Webber.

Love Never Dies is available right now, and for 48 hours on YouTube. We have a limited window.

Donations are encouraged to support industry professionals impacted by the COVID-19 pandemic.

The 2012 Australian production is directed by Simon Phillips, with set and costume designs by Gabriela Tylesova and choreography by Graeme Murphy. Glenn Slater wrote the lyrics for Love Never Dies, with a book by Lloyd Webber, Ben Elton, and Slater. Phantom lyricist Charles Hart is also credited with additional lyrics.

The musical continues the story of The Phantom of the Opera 10 years later in New York City, where The Phantom has escaped to a new life in the strange carnival world of Coney Island. Now one of the world’s finest sopranos, Christine is struggling in an ailing marriage to Raoul. She accepts an invitation to travel to New York and perform at a renowned opera house. In a final bid to win back her love, The Phantom lures Christine, her husband, and their young son from Manhattan to a new world in Brooklyn.

So. Let’s agree. This is the dumbest, worst possible thing. Luring them to Brooklyn? Are you kidding me?

If you’d like to watch it with me over the weekend, please get in touch. I’ll add you to our text group. This is a hate-watch I’ve been waiting for since 2010. And I intend to make it count.

Here is the trailer.