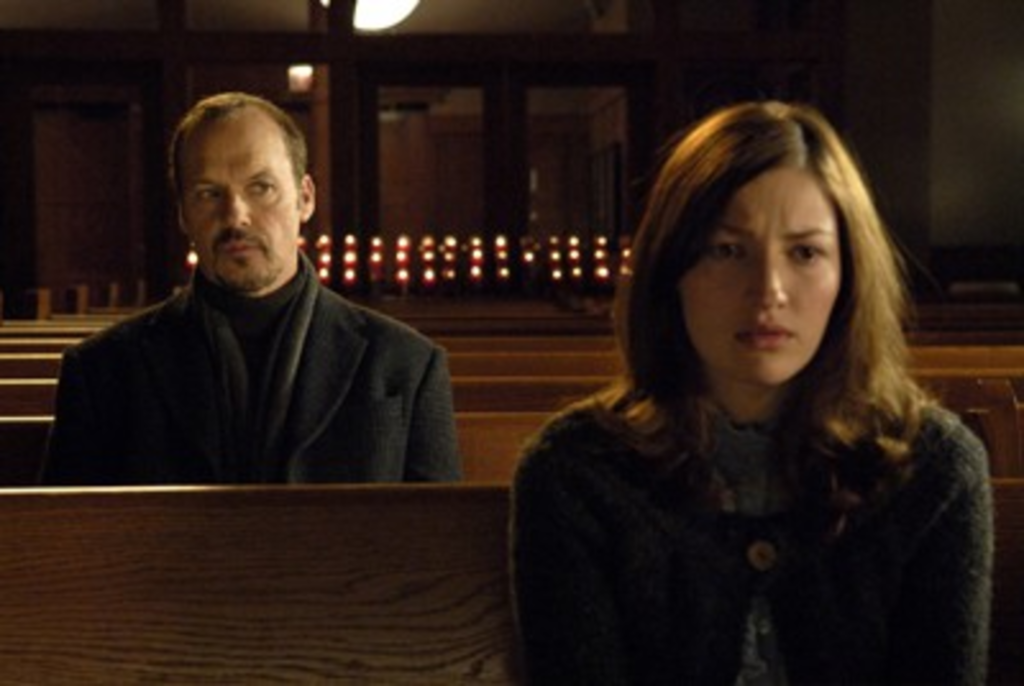 Part of the likable routine that Michael Keaton brought to his roles in the ’80s was patter — sometimes manic, sometimes balky. As grizzled Chicago hit man Frank Logan in The Merry Gentleman, Keaton lurks under a newsboy cap and speaks sparingly, often with a stagey self-interrupting cough. Frank is the mysterious stranger who helps mousy new-in-town Kate (Kelly Macdonald, Scots accent retained) with her Christmas tree. This triggers an hour’s worth of diffident dramatic irony involving his occupation, a persistent cop (Tom Bastounes) investigating a sniper murder near where Kate works, and a possible abusive ex in her past. Keaton, who took over directing duties before shooting started, inherited a story of two lonely souls and never develops their rapport. Macdonald is appealing, but demurely sheds little insight on a character that needs some. Keaton’s directorial debut is by no means the most embarrassing in the past few years, but the repetitive material hobbles the actor’s energies.