The Melismatics: “There’s a pinpointed energy to this record” 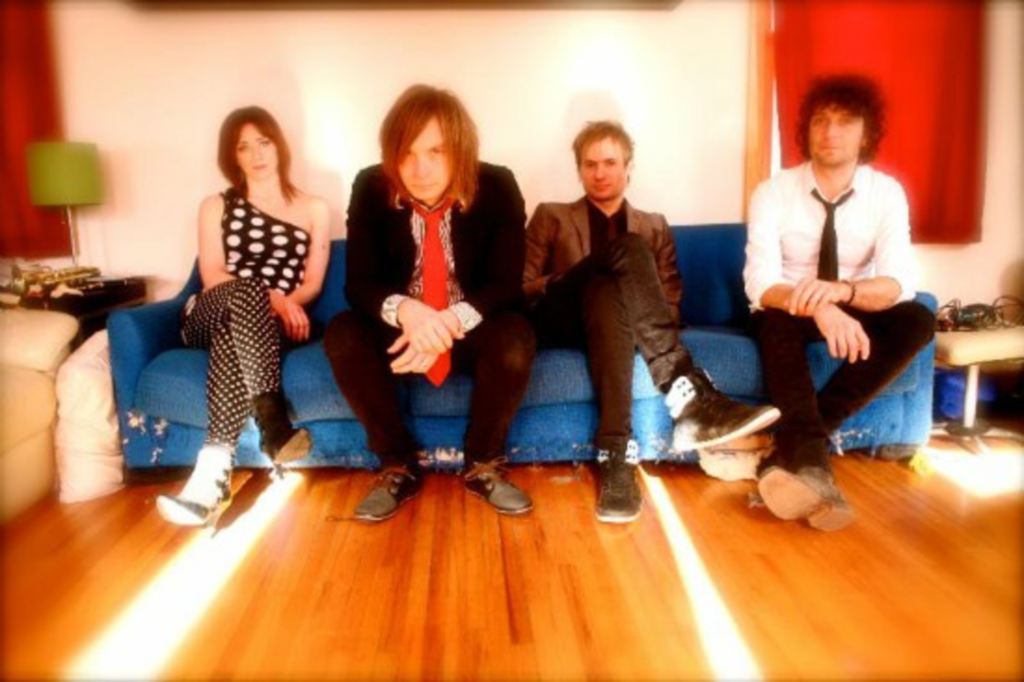 Rising Tide, the brand-new album from Minneapolis four-piece the Melismatics, is a collection of fuzzy indie-pop songs. They’re a little rough around the edges, but they aren’t without their charm; “Halo” and “Looking for Trouble” are standout pop standards, paying homage to classic ’80s styles and still keeping up with the band’s own take on what it likes to call “postmodern rock.”

This is all a far cry from the lo-fi punk-rock sounds that the Melismatics were making when the band first started back in 2001. That’s not to say the shift hasn’t been for the best or isn’t working for the band now. Rising Tide sounds like a break in the pattern as much as it does a breath of fresh air.

Ahead of the Melismatics’ Tuesday-night show at RecordBar, The Pitch dialed up Ryan Smith (vocals and guitar) to chat about the new record and what’s next for the band.

The Pitch: Tell me about the tour.

Ryan Smith: The Kansas City show is the beginning of this particular run of tour, and then we’re heading to the West Coast. We’ve been doing Midwest runs since the new record came out, on and off. The RecordBar is the beginning of us heading west and south.

This new album just came out at the beginning of October, right? Tell me about it.

Well, firstly, we made the album relatively quickly… There was a condensed period of time that we worked in to make this record. It captured a vibe that’s consistent throughout the album. It was kind of a melancholy, introspective approach to the whole album. In that sense, I think it was kinda nice to capture the events and emotions of a smaller period of time. We typically take years to make our records, and you get a lot of diversity with that. I think there’s more of a pinpointed energy to this record. A lot of the record was made as the songs were written – I wrote the songs as demos, and then it was rerecording the demos or recutting certain parts.

There’s also a loose concept to the whole album. We kind of liked to let that happen. We really like Hüsker Dü’s Zen Arcade, the way that album came together – there was a loose concept to it. It kind of organically evolved, and this was kind of a similar process.

You guys have been together as a band for 12 years. That’s a hell of a long time for a band to stay together. What kind of changes have occurred over that time period?

It’s changed a lot. From the beginning I think – well, it’s funny. I did this interview with Steve McLellan from First Avenue – he had seen us in our early days, and he saw some of our new videos and he was just flabbergasted. He was like, “Is the punk band from 12 years ago? It feels like a totally different band.”

When we did start, we were younger, our tastes were different, so it is almost like a different band in a lot of ways. I think our music has drastically changed over the years, and I think it’ll keep changing. Our music changes with us as people; we’ve changed a lot, too. I think this album is a lot more mature than some of our earlier albums, which you would hope would happen. Stylistically, we’ve been all over the map. We experiment with a lot of different types of music.

You and Pony [Hixon-Smith] are a couple…. How does that work with the band?

I think the fact that Pony and I are a couple actually helps us work together better. Musically, I realize that a lot of couples might actually end up arguing more, working in this capacity, but we just know how to talk to each other and get to the point. We don’t have to worry about walking on eggshells. We can say exactly what we think, and that’s kind of a good way to go about working on music together. The less direct and honest you are with each other, the more you’re compromising things.

And as a full unit, I think everyone’s got a common goal. Everyone enjoys working together. This band is almost like a family it would be.

Do you guys have anything fun and exciting planned for the future?

For this record, we’d like to make more music videos. We’d like to do videos for as many songs possible, and we have two on the way. We also kind of want to do stripped-down versions of these songs. I think for this record, it works well… I think people have come to expect a really high-energy show from us, and what we do at the RecordBar will be high-energy. But there are some songs on the record that are more about the song and less about the energy, and when you’re playing acoustically, it’s easier to get that across.