The Lost City is a sublimely silly adventure, but an adventure nonetheless 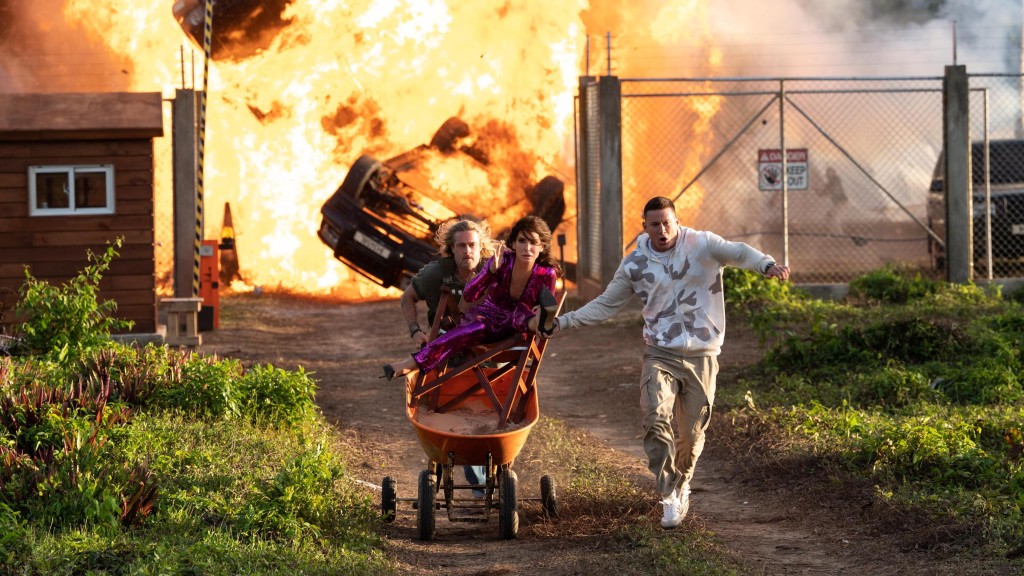 When people say, “they don’t make them like they used to” the inevitable follow-up is probing what exactly is meant by “them.” In the realm of movies, it can pertain to a style or genre that’s fallen out of favor with the public. One that’s often overlooked currently: the action-romance subgenre.

The latest attempt to revitalize that formula, The Lost City, is far better than it has any right to be, by investing in and embracing the utterly ridiculous and downright stupid with wondrous results.

Loretta Sage (Sandra Bullock) may be a world-renowned best-selling novelist, but she feels like she’s hit the end of the road creatively and in her willingness to be a public figure. In the five years since her archeologist husband’s death, she’s become reclusive and distant. She’s also lost interest in her latest novel.

On what she hopes will be her final press tour, Loretta’s publisher, Beth (Da’Vine Joy Randolph) springs two major surprises on her: a purple sequin onesie and her cover model, Alan (Channing Tatum).

These still aren’t the worst things to come Loretta’s way, as she finds herself kidnapped by eccentric billionaire Farifax (Daniel Radcliffe), who wants to use her book to uncover an actual ancient artifact. Alan follows in hot pursuit, aided by a way-too-good-looking extraction expert (Brad Pitt).

The Lost City doesn’t contain a single original beat, or a bit that isn’t telegraphed from a mile away. While those would normally raise red flags, here they’re part of the movie’s charm.

Much like the pages of one of Loretta’s romance novels, the film is pure unadulterated fluff, the kind that rarely gets made these days without some ulterior motive or franchise tie-in. It’s the kind of movie you toss on in the background on a Sunday afternoon because you can’t help but like it.

The biggest thing The Lost City has going for it is Bullock and Tatum. Individually they’re two stars game enough to make themselves look silly. Together they’re dynamite, generating palpable chemistry.

lan and Loretta are perfect opposites, allowing Bullock and Tatum numerous chances to spar. It’s inevitable they’ll get together in the end. The joy comes from watching it unfold, with a surprisingly sweet effect.

Bullock and Tatum are obviously the heroes, but they’re only as good as their villain nipping at their heels. Radcliffe is more than up to the task, with weaselly put-upon charm. The main trio is surrounded by equally engaged side characters, including Patti Harrison’s possibly alcoholic social media manager and Oscar Nunez’s daffy cargo pilot.

Directors Adam and Aaron Nee aren’t shooting for highbrow art or engaging in any subversions of the formula. They simply know how to effectively get from point A to point B without mucking up the works. Everything here is totally surface level, but also notes solid storytelling skill that lets you know you’re in good (if silly) hands.

Like any airport paperback worth its place on a bookstand, The Lost City makes sure to hit the high notes with enough gusto to entertain anyone willing to go along for the ride. It may never set out to be more than the sum of its parts, but makes the exquisitely stupid come off as endearing.

That isn’t too bad for a plucky studio film that’s refreshingly devoid of any IP-adjacent nonsense. Well, at least until the inevitable sequel.