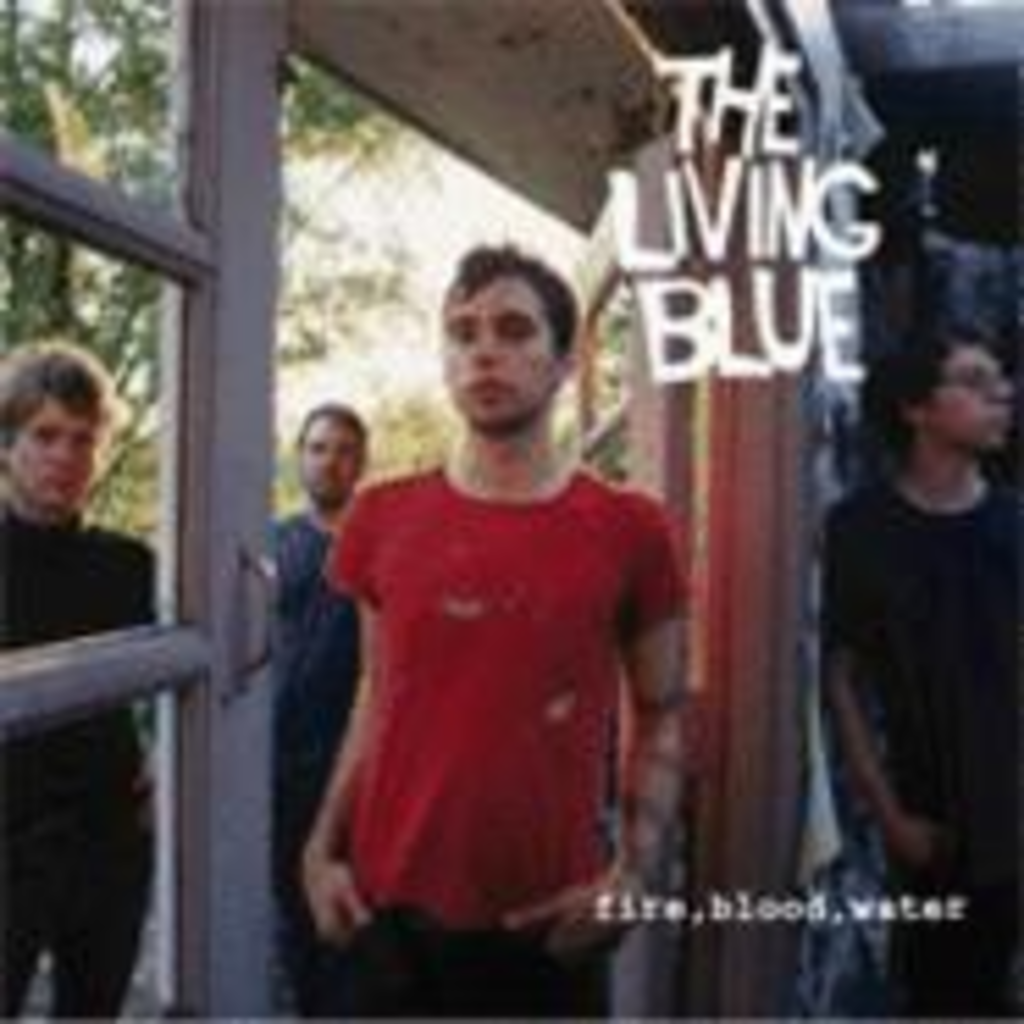 In today’s Clap Your Death Cab Say Arcade Fire-centric indie-rock world, everything old becomes new again. And then it’s recycled, copied, imitated and squeezed dry of any original meaning or intent. So at first, it’s understandable that the Living Blue’s first full-length for Minty Fresh might cause a cynical reaction — especially since Fire, Blood, Water‘s influences are obviously cobbled together from power-pop cult figures and college-rock gods of the past. (“Tell Me Leza” alone simultaneously conjures the brisk psychedelic jangle of early Church, the Replacements’ skidding-off-the-tracks urgency and R.E.M.’s ragged garage-rock; other tracks invoke a noisier version of fellow northern-Illinois rockers Material Issue.) But further listens to the album reveal an irrepressible energy and spark to the tunes that make each twirling riff, ’80s-underground-rock echo and spring-loaded backbeat feel somehow like a revelation.