The Lemonheads give Ray another try 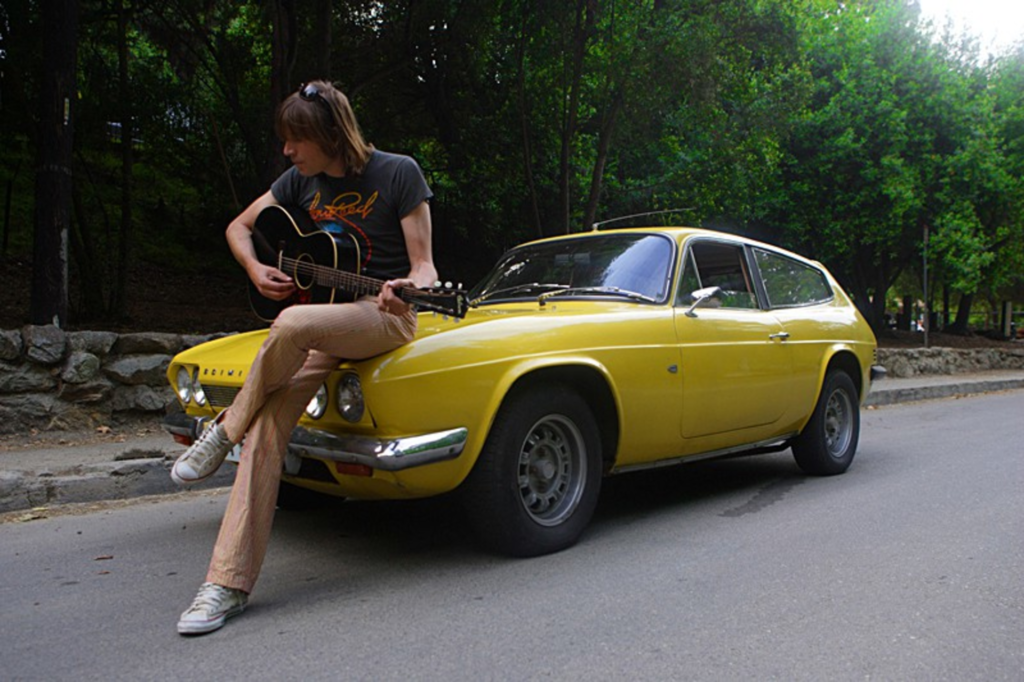 In 1991, Evan Dando of the Lemonheads traveled to Australia to write what would become It’s a Shame About Ray. The album, a guitar-pop classic, made a permanent impact on the alternative-rock scene. Since then, the group has been through the ringer: endless lineup changes, drug addiction and an extended hiatus. Dando is currently the group’s only original member, and this winter he and the Lemonheads (now featuring former Bad Brains drummer Chuck Treece and former Taking Back Sunday bassist Fred Mascherino) are playing It’s a Shame About Ray in its entirety as part of their tour. The Pitch spoke recently with Dando about what he reads on tour, who Ray is and, uh, Creed.

The Pitch: Why are you doing the It’s a Shame About Ray tour?

Dando: It’s an angle to get people to come out. People know they are going to hear some of their old favorite songs. It’s just something to do until I get my new record out.

Are you talking about Hotel Sessions [a lo-fi 1993 Lemonheads recording, set to be released February 7]?

No, not at all. That’s just something to sell on tour while getting the new record together. I thought it was really cool and just put it out. It was recorded onto a Walkman. It’s just for fans, only a $5 affair. It’s not bad; I like it. You can hear the waves, the cars and the birds in the background.

What kind of place were you in when you wrote Ray?

I wrote it in Australia. I went down there in August of 1991. This was before the whole alternative-rock explosion had really happened. Then I went back in October, and, wow, it was all going on. I stayed there for six weeks and met these people that would become a big part of my life: Nic Dalton, Tom Morgan and Allison Galloway. The songs are about people down there, like all of the songs, pretty much.

Was Ray a fictional character based on someone you knew?

It was from a newspaper. It was this cool-sounding phrase at the end of a newspaper article. It ended with, “It’s a shame about Ray.” If you look at my Facebook page, it’s on there somewhere. It’s about this kid who was getting kicked out of all these schools, and it was pretty scandalous. He was just a real fuckup. He was homeless and had a lot of problems with drugs. Ironic. We latched onto the phrase and started saying it all the time. Finally, I had to get the music ready, and we wrote it in about 20 minutes, like the way all good songs are written.

Why do you think this album connected so well with audiences?

It’s the most popular one. People remember it. Sometimes kids come out to hear it for the first time, and you get both. It’s definitely a good album and holds up. It’s not so bad to play it every night.

Did you think Ray would stand the test of time like it has?

No, not really. I’m just grateful it came together. It was a truthful time in my life. I was 23 or 24 and writing a lot.

What advice would you give to the younger kids starting out in the music business?

Man, things are pretty different now. Go out and do some tours rather than practice all the time. Practice in front of people, I think. That’s the advice I would give. That’s how you forge a sound: by playing in front of people. Anyway, that’s what works for me.

Do you get any time on tour to read any good books?

Yep, I read. It’s harder on tour than when I’m just sitting around doing nothing. A friend of mine once said I might be using books. [Laughs.] Maybe I am. Right now, I’m reading The Count of Monte Cristo — I love that one. I read Infinite Jest by David Foster Wallace. I read Les Miserables — that one is really good. Those are my most recent ones. I try to read all of the old ones that everyone’s supposed to read, like all the Faulkner, Keats, Eliot and Tolstoy. I’ve reread To Kill a Mockingbird recently. In that area, even rereading a little print is good if you’re in a melancholy way. It can cheer you up. I reread Lord of the Flies and On the Road. I like to go back to the best.

Have you seen the original Lord of the Flies movie?

That’s amazing. That’s the best movie that reminds me of a book. That’s the best of all time. It’s a really special one. The color one was really bad, though. I’m glad they didn’t remake To Kill a Mockingbird. That would be sinful.

You’re playing in Kansas at the Granada.

I like Lawrence. I think I’ve been to the Bottleneck. I think William Burroughs lived there. [Pause.] Hold on a second. I’m actually signing an autograph for a restaurant. It’s ridiculous.

Do you get recognized a lot?

How do you like playing with Fred Mascherino and Chuck Treece? I heard you had never met them before this tour.

We had one rehearsal, and we’re having a lot of fun now. We’re just getting into it. It’s coming together really well.

I interviewed Dave Pirner of Soul Asylum awhile ago, and when I said I didn’t think he was in a grunge band, he thanked me. What was your opinion of the whole grunge thing?

[Laughs.] I love Dave. Everyone just thought that was a ridiculous thing. I don’t know anyone that was actually into that concept. It was just marketing. That’s how everything was — rock and roll, punk, all the names. But grunge was particularly silly.

What do you think of mainstream music today?

It’s all that talent-show stuff. I’m not into the whole Star Search or American Idol thing. It doesn’t go toward songwriting; it goes toward Whitney Houston songs and shit. There are a lot of really original bands out there, too. There’s more space for bands. Music seems healthy to me, actually.

In another interview, you mentioned your distaste for Creed.

I hate to be negative, but that one, I don’t like them. Why do you call yourself Creed?