To paraphrase Jean-Paul Sartre: "The holidays are other people." 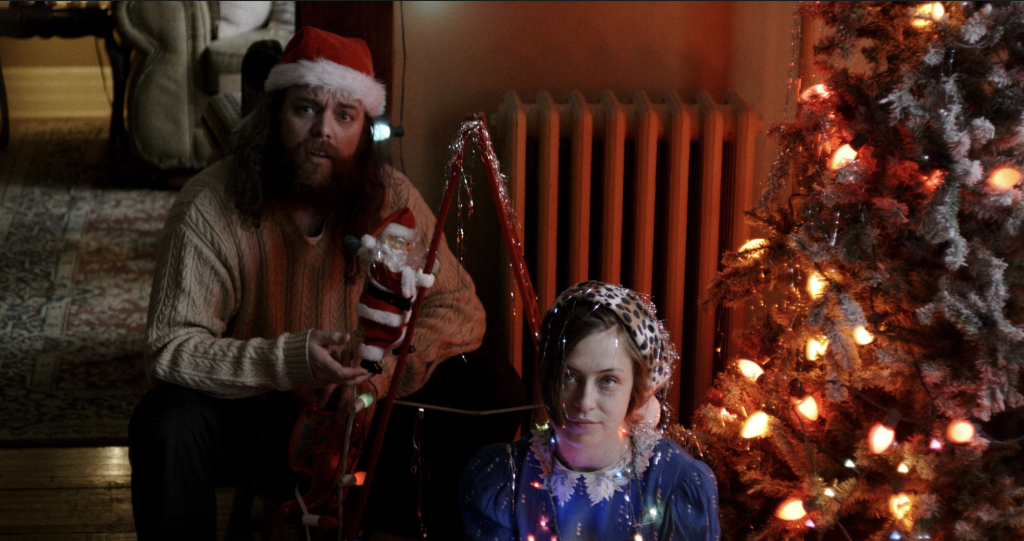 Amid 2022’s final release schedule, we would be remiss not to highlight one of the year’s darkest little gems in writer/director Eric Pennycoff’s pitch-black comedy The Leech.

Graham Skipper plays Father David, a Catholic priest with a minuscule congregation but childlike dedication. As the holidays approach, he encounters the opportunity to help a wayward soul in the form of incredible dirtbag Terry (Jeremy Gardner). Welcoming Terry into his own home as a longterm guest means that David is equally opening the door for all of Terry’s baggage, including his girlfriend Lexi (Taylor Gardner)—an equal, if not greater, human disaster.

With his most important sermon of the year fast approaching, David begins to see the increasing escalation of unbearable stressors from his house guests as an actual test of his faith, put together by none other than God. His efforts to help a parishioner further his gospel hip-hop career, David begins to double down on anti-abortion hate speech in his online writing, while being pushed beyond any reasonable limit by his newfound people projects.

As an indie title, The Leech delivers on the promise of a cringe-worthy dark comedy about spending time with shitheads at the holidays. That the performances and microbudget production go as hard as they do, is simply icing on the cake. The Galifianakian Skipper charms in his sincerity and sears with his later hellfire while playing strongly off the Jay & Silent Bob-esque digs of the troubled couple. As twisted as this highly personal production plays out, it goes above and beyond as it pursues its bleak themes.

In The Leech, the monster behind the horror is the limits of human kindness, which at this time of year, we are pushed to strengthen on behalf of our fellow man. As this film sees it, infinite patience is a gateway to infinite madness, and as we prepare to excuse friends and family for their missteps, perhaps we should keep a few boundaries firmly intact.

The Leech is streaming on VOD now.