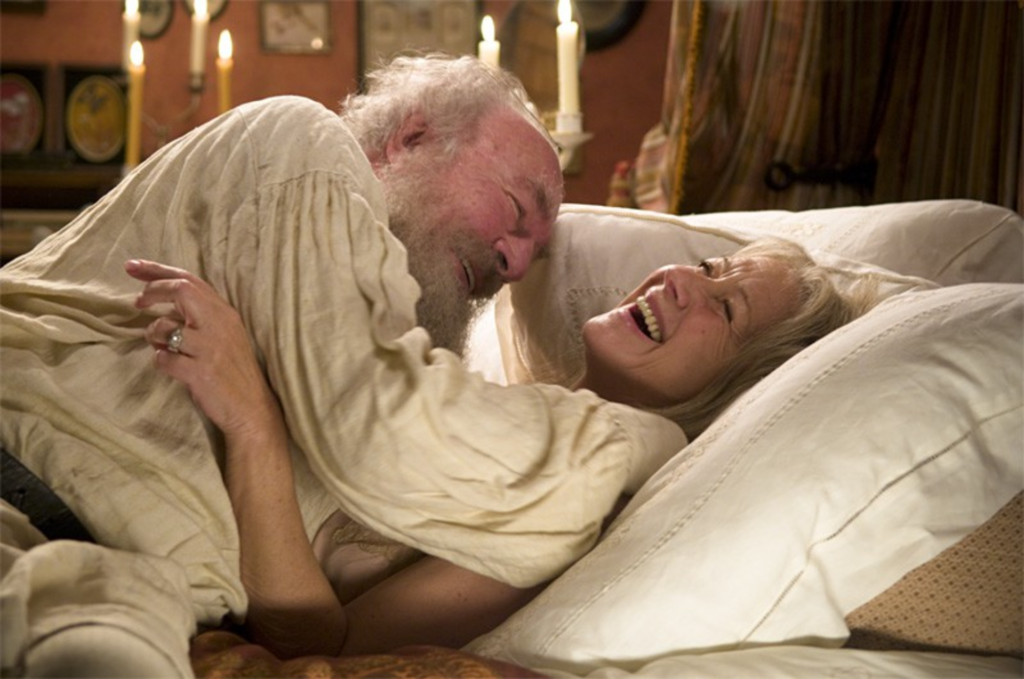 Opening with balalaikas, agrarians in collarless shirts, and intertitles announcing that Tolstoy was “the most celebrated writer in the world,” The Last Station threatens at first to be Tolstoy for Dummies as interpreted by Monty Python. Soon enough, though, this adaptation of Jay Parini’s novel about Tolstoy’s last days, adapted and directed by Michael Hoffman, settles into a lushly scenic television drama, but with dialogue strangely located somewhere in the 1950s. The deal is that old Leo (Christopher Plummer) was not nearly as Tolstoyan as his adoring acolytes. Neither veggie nor monk, he was as rich as Croesus and was a randy old geezer. What’s more, he fought a love-hate war with his bipolar wife, Sofya, which allows Helen Mirren to waltz away with the movie. James McAvoy is miscast as the naïve private secretary, who gets caught among Sofya, Leo and the savvy image-maker Vladimir Chertkov (Paul Giamatti) over who will get the copyright to Tolstoy’s work: the family or Mother Russia. The movie is fine, but my heart only stopped for the actual footage at the end, with Tolstoy, encircled by Sofya and entourage, being shown to his deathbed after flying the coop to get a little peace.