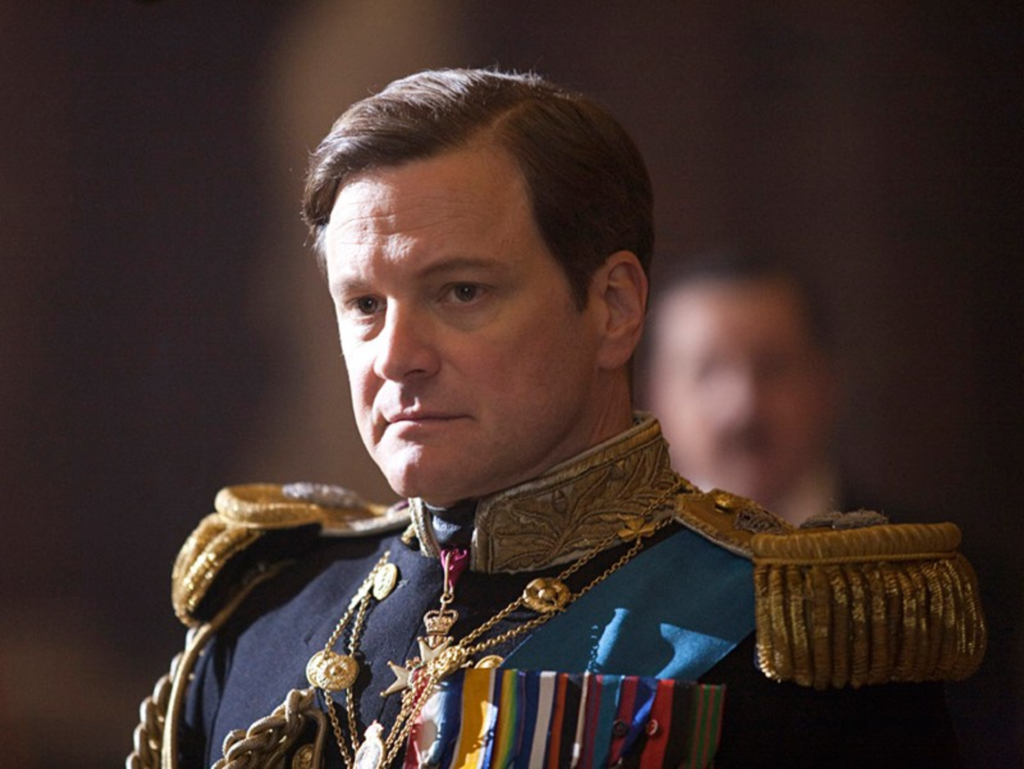 A picnic for Anglophiles, not to mention a prospective Oscar bonanza for the brothers Weinstein, The King’s Speech is an enjoyably amusing, inspirational drama that successfully humanizes, even as it pokes fun at, the House of Windsor.

The story is a good one: Shy young prince helped by irascible wizard to break evil spell and lead his nation to glorious victory. Bertie Windsor (Colin Firth), the future George VI and father of England’s present queen, overcomes a crippling stammer and his natural priggishness, thanks to the eccentric ministrations of unconventional, adorably déclassé, transplanted Australian speech therapist Lionel Logue (Geoffrey Rush).

The tension between repressed Bertie, an unwilling sovereign, and irrepressible Lionel, a failed Shakespearean actor, is played out in clipped British understatement. The movie is not entirely irresistible, but it would be difficult not to empathize with Bertie’s painful plight, particularly in comparison with the glib bonhomie of his fellow royals: Michael Gambon as overbearing father, King George V; Helena Bonham Carter as solicitous helpmeet, the future Queen Mum; Guy Pearce as feckless elder brother Edward VIII, who abdicates the throne to marry American shady lady Wallis Simpson (Eve Best). The cast is rounded out by Derek Jacobi as the fusty Archbishop of Canterbury and Timothy Spall, who camps his way through the role of Winston Churchill.

At one point, George V complains that the new invention of radio has effectively transformed England’s royal family: “We’ve become actors!” The movie’s key historical fact is the mass-mediated merger of monarchy and showbiz, along with the emergence of the wireless as nationalism’s new tribal drum. There’s a sly moment when Bertie is wistfully transfixed by a motion-picture newsreel of the epoch’s most potent orator, Germany’s new chancellor, Adolf Hitler. Now there’s a fellow who doesn’t hold back! (George Orwell was one of many who believed that the hoopla inherent in a constitutional monarchy saved Britain from domestic fascism.)

Big historical events take a backseat as The King’s Speech puts its protagonist on the couch. A natural psychoanalyst, Lionel compels the prince to visit him daily in his ramshackle lower-middle-class lodgings, and he insists on first names. It’s Pygmalion in reverse, with Lionel playing a democratizing Henry Higgins to Bertie’s aristocratic Eliza Doolittle. He’s the shrink as demystifier. Therapist and patient bond over the old king’s death, with impertinent Lionel going so far as to suggest that bad parenting effectively tied Bertie’s tongue. A more elaborate Freudian explanation might link Bertie’s retentive-expulsive speech patterns to his unconscious equation of words with feces. In any case, Lionel trains Bertie to sing and dance and curse his way into a radio address, and the monarchy is here preserved by a clever commoner.

The grand finale has the whole nation listening as invisible Lionel “conducts” the king’s declaration of war in 1939 — hard-won eloquence discreetly goosed by Hooper’s use of gradually swelling background music. That’s the official Rocky moment, although the movie really finds its voice in those therapy sessions, when it bids to be a feature-length episode of In Treatment.